Turbo: a word that in the name of a car arouses in boys always a certain effect.
With the introduction of small, supercharged city cars, "Turbo" has become synonymous with performance, risk, danger and everything related to the concept of limit.

It is now 40 years since the birth of the Renault 5 Turbo.
A car that marked a generation, one of the undisputed goddesses among the Youngtimers.
At the beginning of the 1980s cars companies began to supercharge small city cars, with the addition of large turbos. 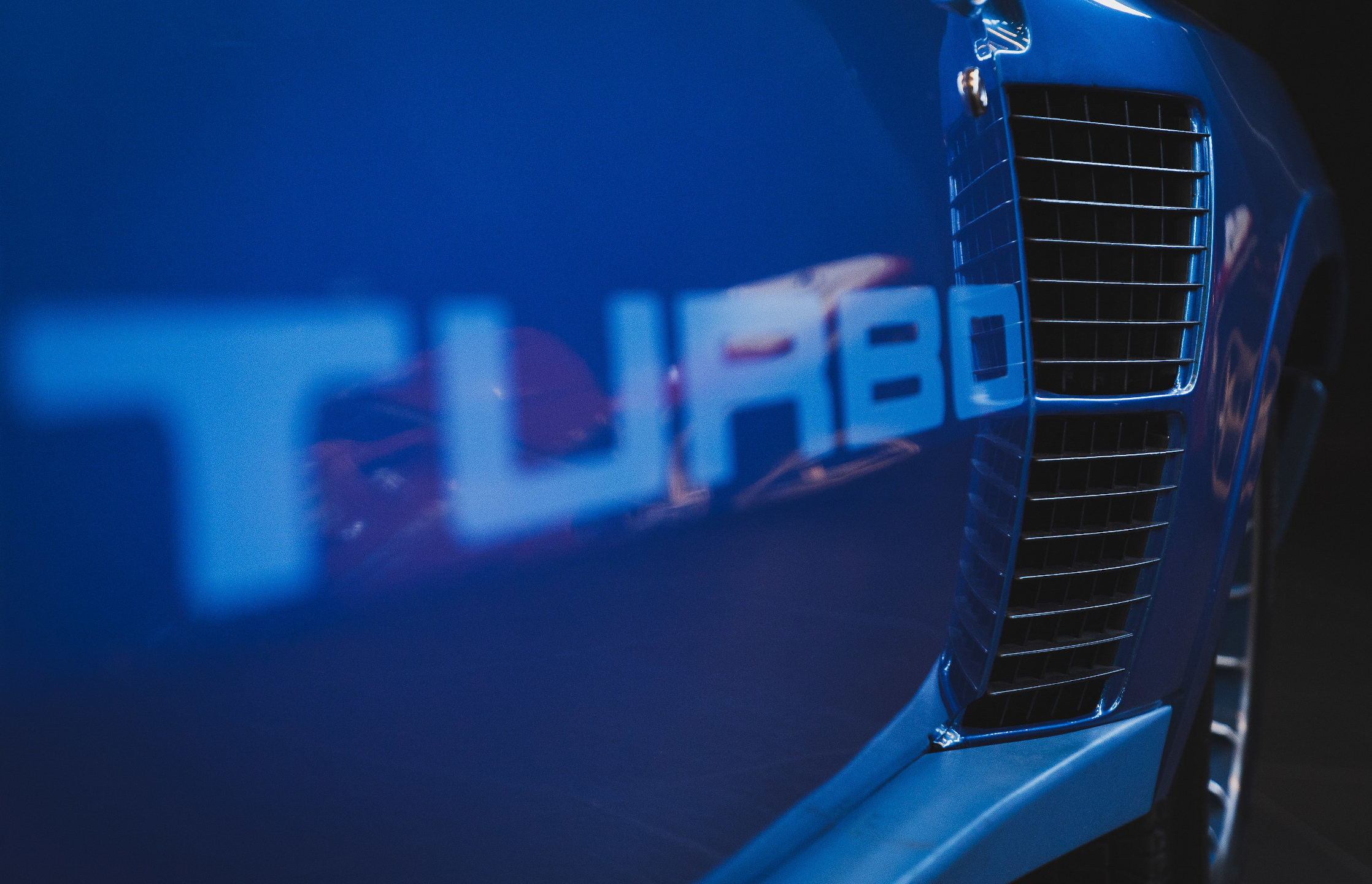 For this reason, the 80s and 90s gave us some of the most unforgettable cars, symbol of an entire generation of enthusiast.

One of them, the Renault 5 Turbo was able to blush in acceleration Supercars of more famous brands, considered a real hard one to beat in the (illegal) highway races.

The R5 Turbo 1 represents a clear evolution from the GT Turbo.
The new layout of the mid-engine, the enlarged bodywork with the numerous air intakes and splitter, make it look like a racing car more than road.
In fact, it is the same car that will be in the legendary Group B, although in the Maxi Turbo version (much more powerful and racing).
The Renault 5 Turbo 1 is an example of how you don't need big numbers to experience emotions: the small car has a 1400 cc inline 4-cylinder engine, which develops a power of 160 Hp.
Numbers that on paper are not exciting, but on the road are much more than incredible.

The sound of the car is diabolical: the exhaust mounted directly on the rear of the car does not travel through the under of the car, causing violent flames and bursts when releasing the throttle. Everything is so direct that the Renault 5 Turbo 1 will stick to your skin like a tracksuit. 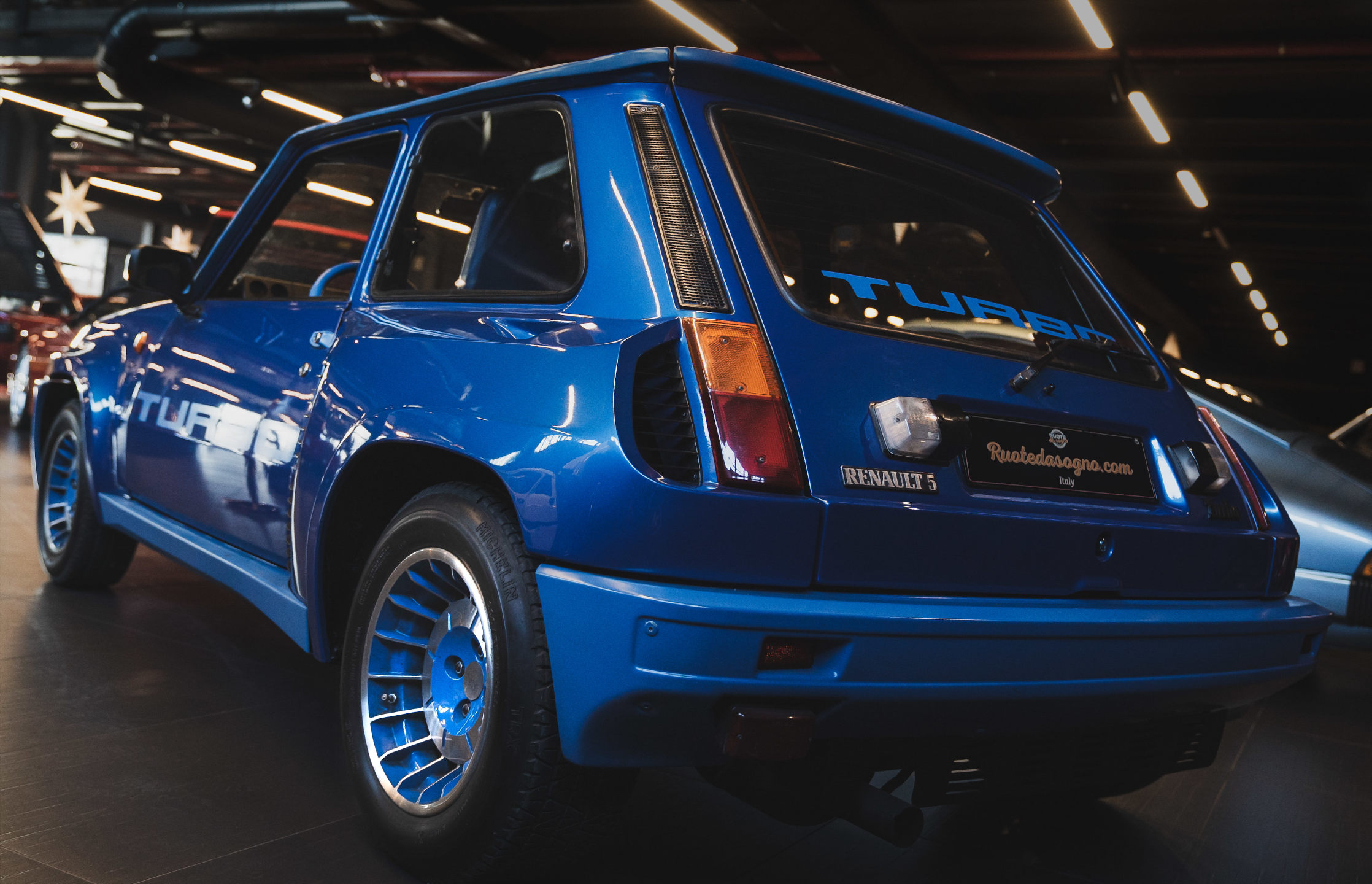 The rear-wheel drive does everything it can to transfer on the road the torque coming from the turbine and turbo-lag typical of the turbo cars of the 80s/90s: but the front wheels are surgical, precise.
The engine position directly behind your back, creates an intimate relationship between car and driver: immersed in the two-tone interior (red and blue in our case) you can easily find yourself far beyond the speed limits, hypnotized by the turbo pressure gauge that moves agitated inside the instrumentation that is essential but not spartan.

The Renault 5 Turbo 1 manages to give an unfiltered driving experience, during which sensations dominate performance. The performance of the cars is quite sensory, leaving an indelible mark on the skin of the lucky few owner of one of the only 1820 cars made. 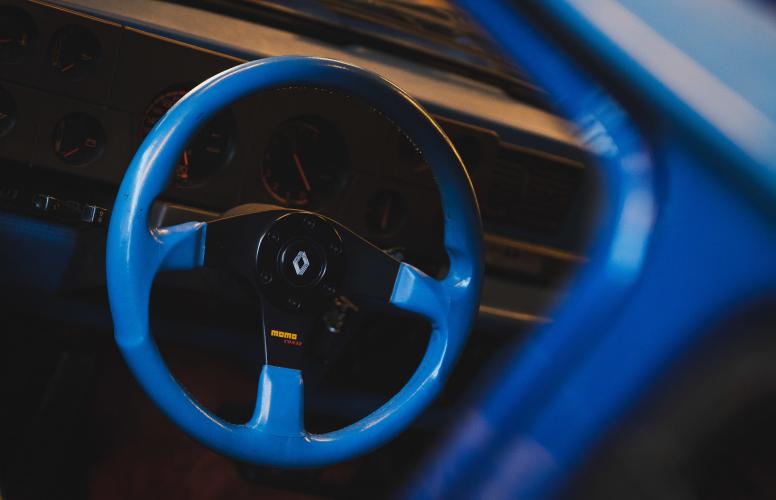 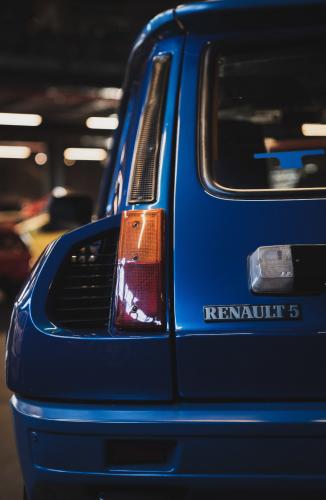 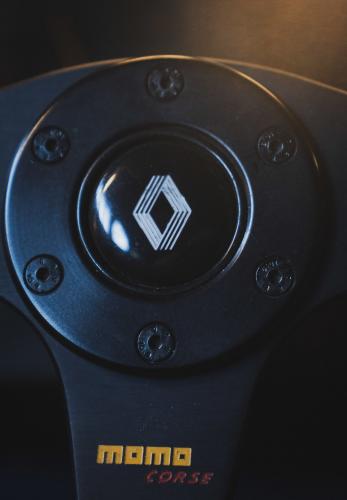 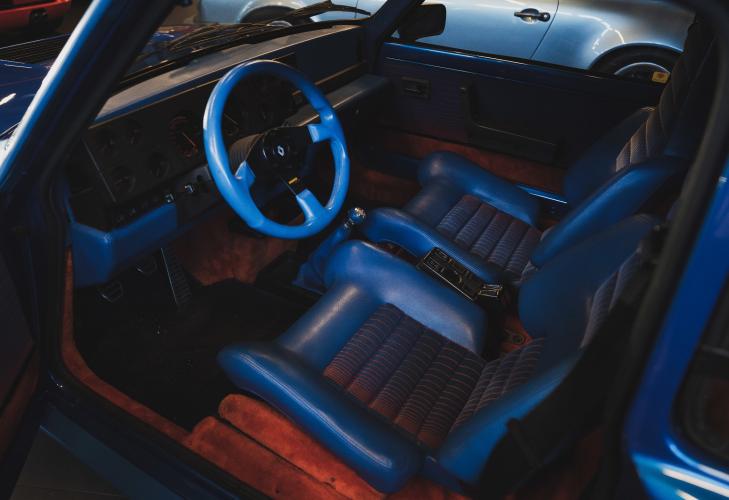 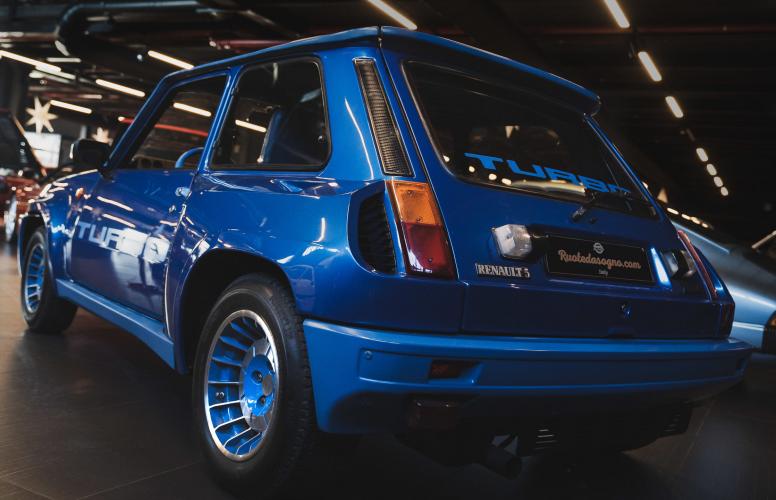