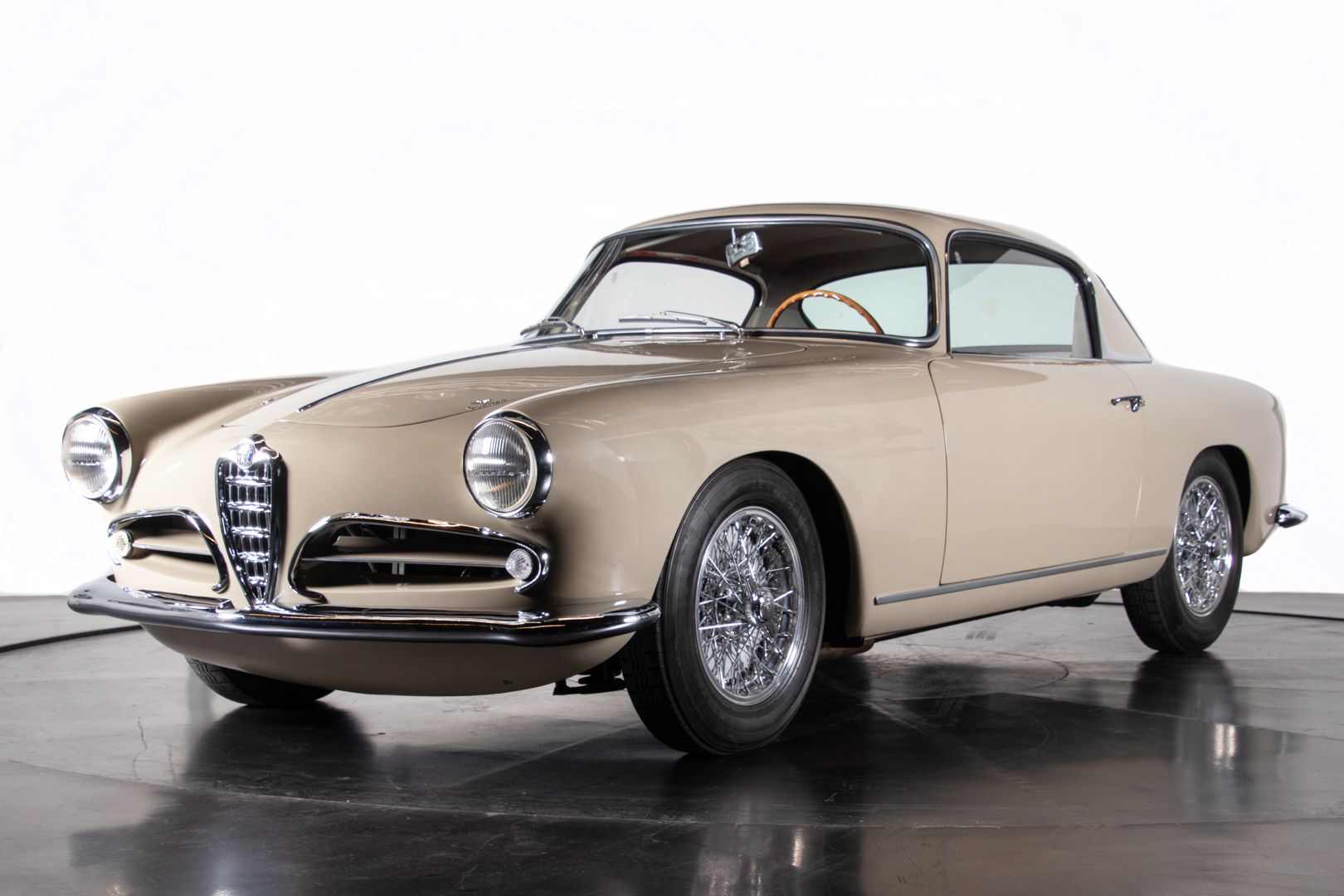 *Chassis No. AR1900C 10144, numbers confirmed by Alfa Romeo Register.
*Engine No. AR 1303 10147 numbers confirmed by Alfa Romeo Register.
*Body No. 4693 Touring Superleggera
*Original paintwork: AR Beige chiaro
*First registration: 1956 – United States – License Plate “311PAL”
*Second registration: Italy 24 March 1999
*One of 1796 body of 1900 Coupè Super Sprint made by Alfa Romeo.
*Certificates: ASI No. 11352 III Level - FIVA
•
In 1954 Alfa Romeo updated its classic and already wellknown 1900, with a more sport version equipping the car with a Double OverHead Camshaft inline four-cylinder engine.
This was a perfect combination for the Arese manufacturer, that brought to the for the Super Sprint version: the car become in a short period of time the most sought after version due to its light structure, its perfomances and the classic desing made by Carrozzeria Touring, that seem to be immune to the wear and tear of the time.
Alfa Romeo 1900 CSS bodywork has been made on a shorter wheelbase if compared to the sedan version (12 centimeter), and still featured specialized examples of coachwork by Zagato, Ghia, Bertone Pininfarina, Boano, Castagna e Vignale while Touring of Milan continued to build the factory- specified coupe bodywork.
•
This car was first retailed in 1956 in the United States and registered with plates reading 311-PAL, where the car reamined until 1999, when the Alfa Romeo passed to the Italian ownership, resident in Principality Monaco.
This car took part to four 1000 Miglia, as confirmed by the Historical Register of the competition, by the lead seals from the punching those still remain attached on the steering wheels and the originals “verified stickers” on the windshield:
a) 2008 (Race crew Barozzi – Zanni)
b) 2013 with No 218 (Race crew Zanni Maurizio – Stefanini Luca) finishing in 48° position
c) 2014 with No 214 (Race crew Zanni Maurizio – Stefanini Luca)
d) 2017 with No 338 (Race crew Zanni Maurizio – Stefanini Luca)
In all of these editions of the 1000 Miglia, the car always finished the whole race track without any issue.
After the last 1000 Miglia in 2017, the car underwent a fine and meticolous restoration that brought the car to the original factory status.
Nothing has been left to change during the restoration: the same attention to details has been used for mechanical components and bodywork.
The engine itself is the prove of the extraordinary care of the restoration made by Colpani Motori from Brescia: the engine is clean and all the components are assembled in accordance to the factory specification.
The old paintwork has been stripped and the beautiful and almost untouched bodywork made by Touring came again to light: the original color “Alfa Romeo Beige Chiaro” gives the car a sober and classy aura, while the four Borrani wheels make the car a last touch of elegance and sportiness.
The interiors are bright and sophisticated.
The soft and ivory bouclé texture of the side panels is a perfect match together with the Cartier red leather of the seats, carpet and car doors, enhancing the spectacular colors combination.
The original Veglia dashboard is fully intact and operational, covered with a black leather with veins. The yellow patina made by the time on the dashboard, makes the car covered by a out-of-time charm. The original three-spoke steering wheel made out of wood and metal is well harmonized into the interiors, where in the center a little metallic ashtray makes its appearance.
In central position, on the trasmission tunnel, stands out the short and straight gearbox lever, an upgrade love by the enhtusiast of this car. The gearbox, that is so precise and with short grafts, is inserted in a soft shift boot made of red leather, from which emerges a metal and spherical knob that is a pleasure to play with.
After this complete restoration in 2017, the car has been rarely used from the owner, and it has the certificate ASI (Automotoclub Storico Italiano) and FIVA, those make the car elegible to the next 1000 Miglia Competitions.
The car is also equipped with all the safety system required in order to participate to historic races, such us the fire extinguisher and the battery cut off switch. In the trunk there is also a spare wheel that is the fifth Borrani Rim of the car and the car jack.
Nowadays this fascinating Alfa Romeo is ready to join different Concours d’Elegance, tour or historical rallies and meetings, and it’s visible into Ruote da Sogno’s showroom in Reggio Emilia – Italy
There’s also the possibility to see the car booking a online call with one of our Car Specialist, via Skype, Zoom, Whatsapp or Google Meet 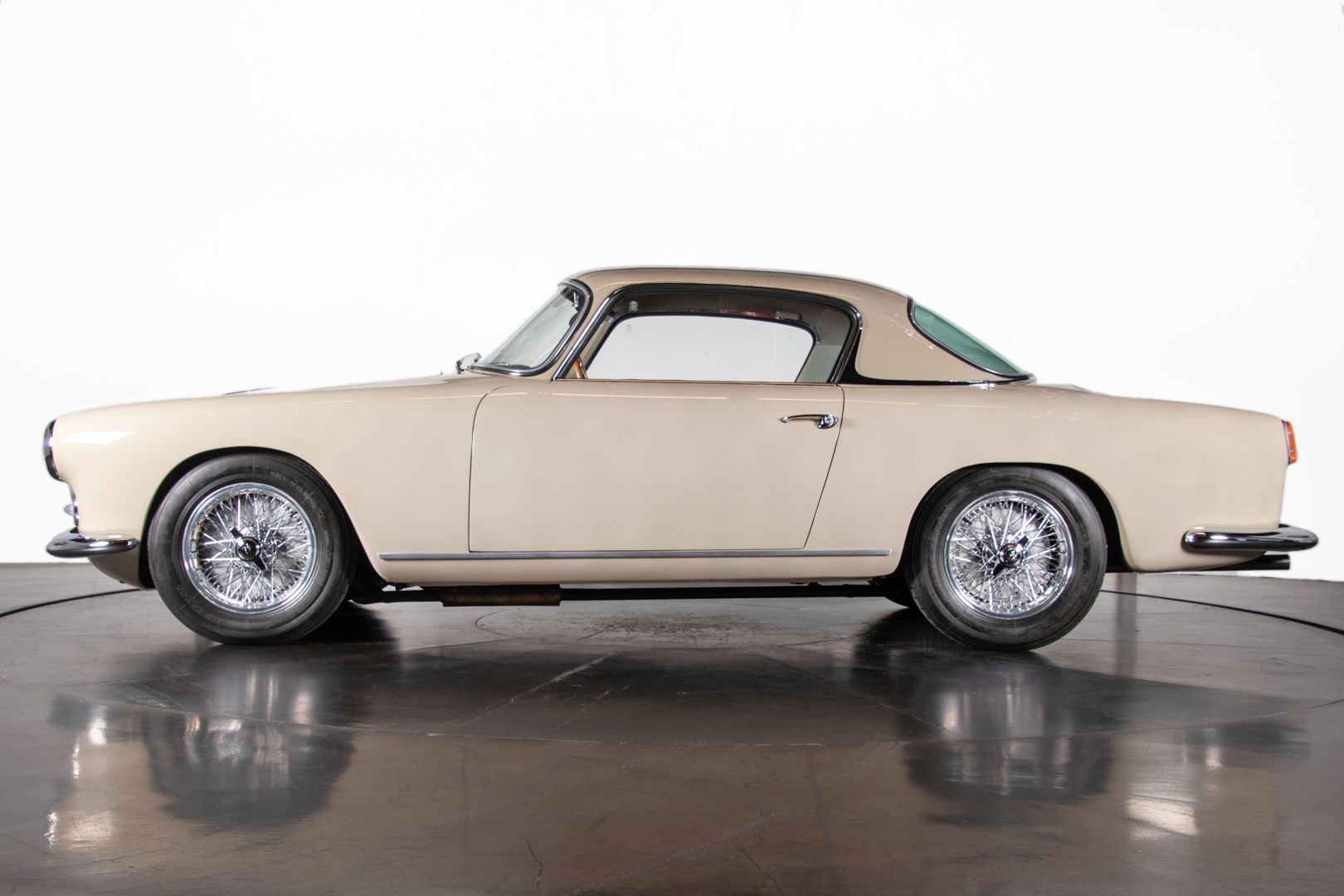 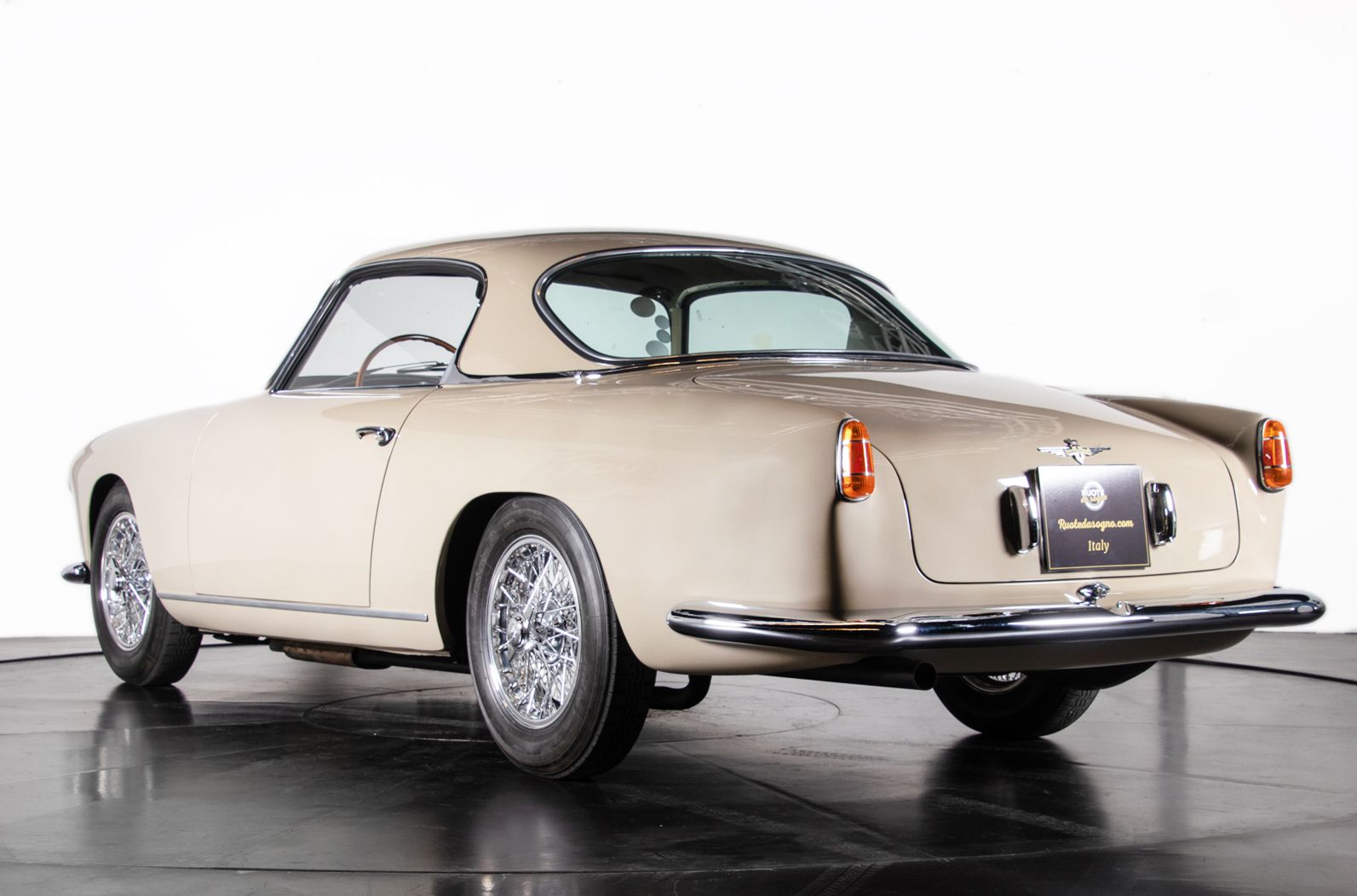 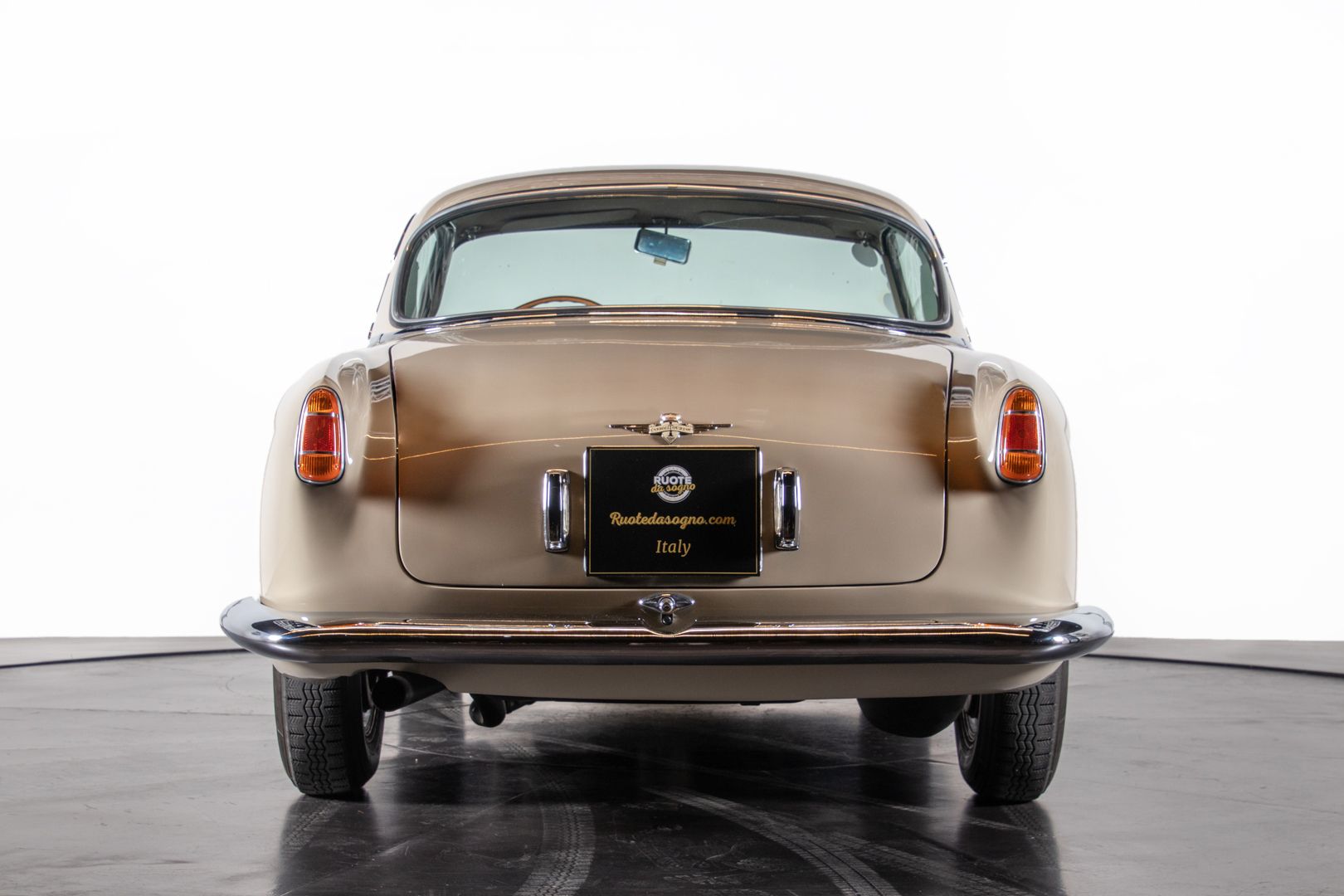 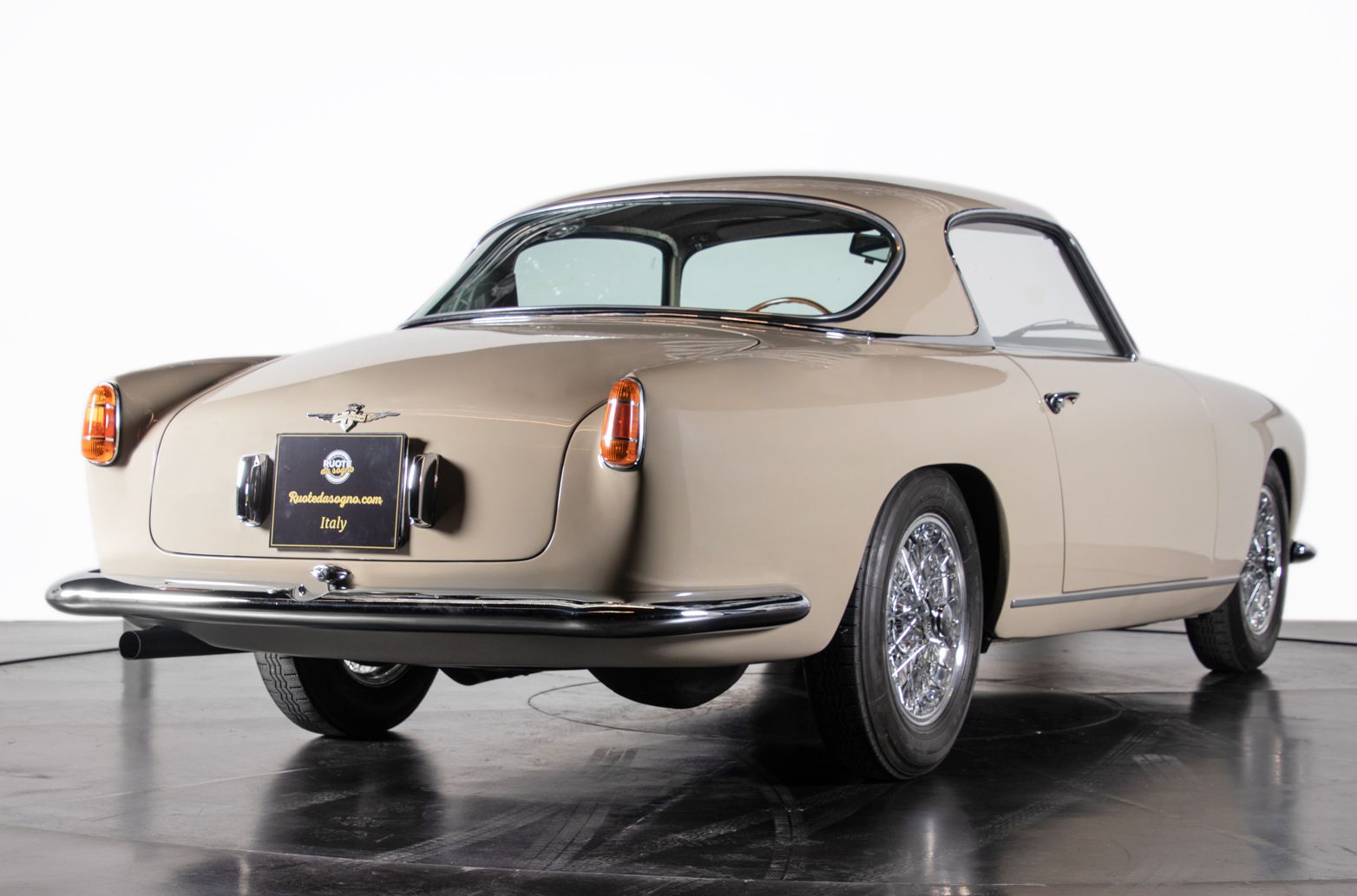 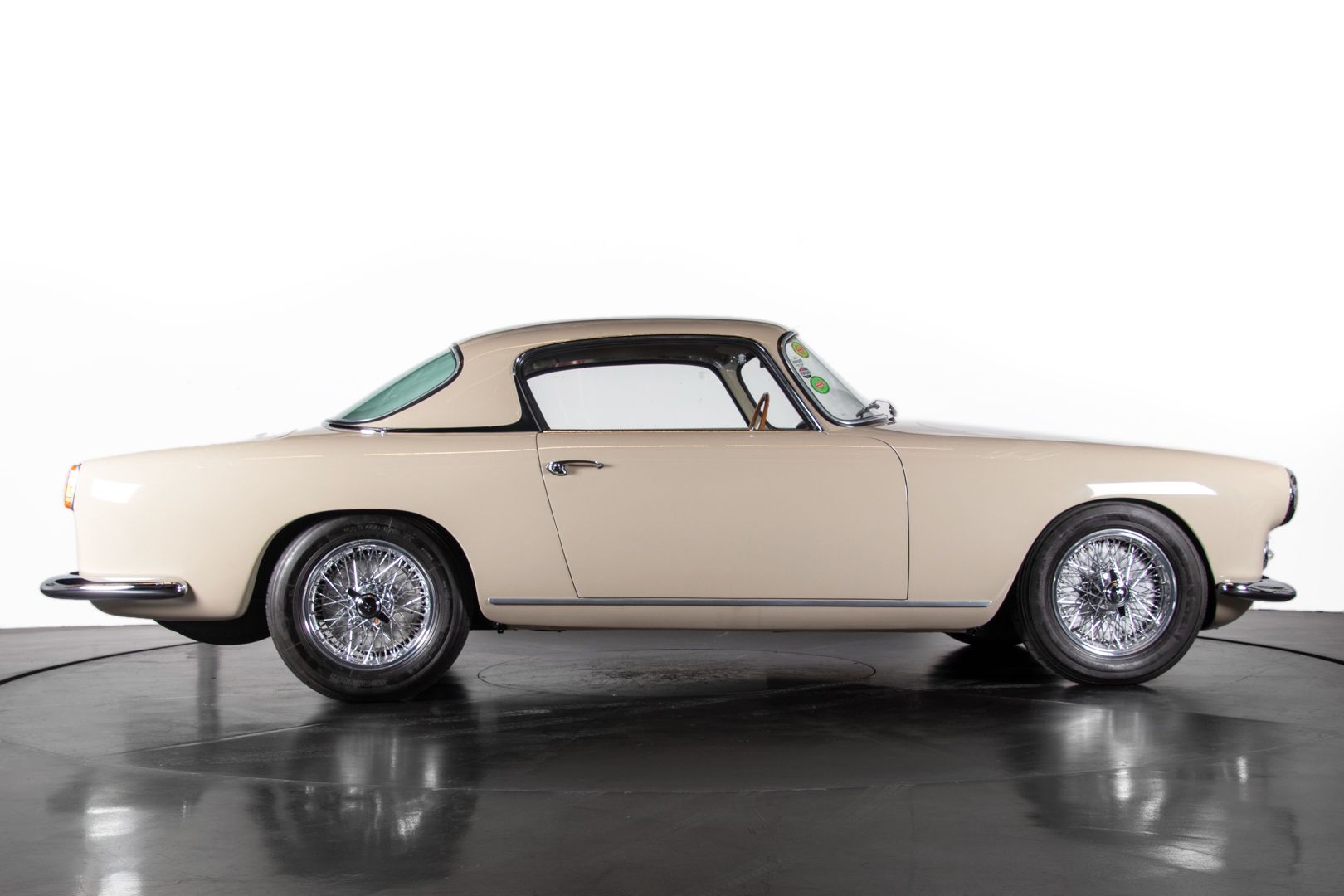 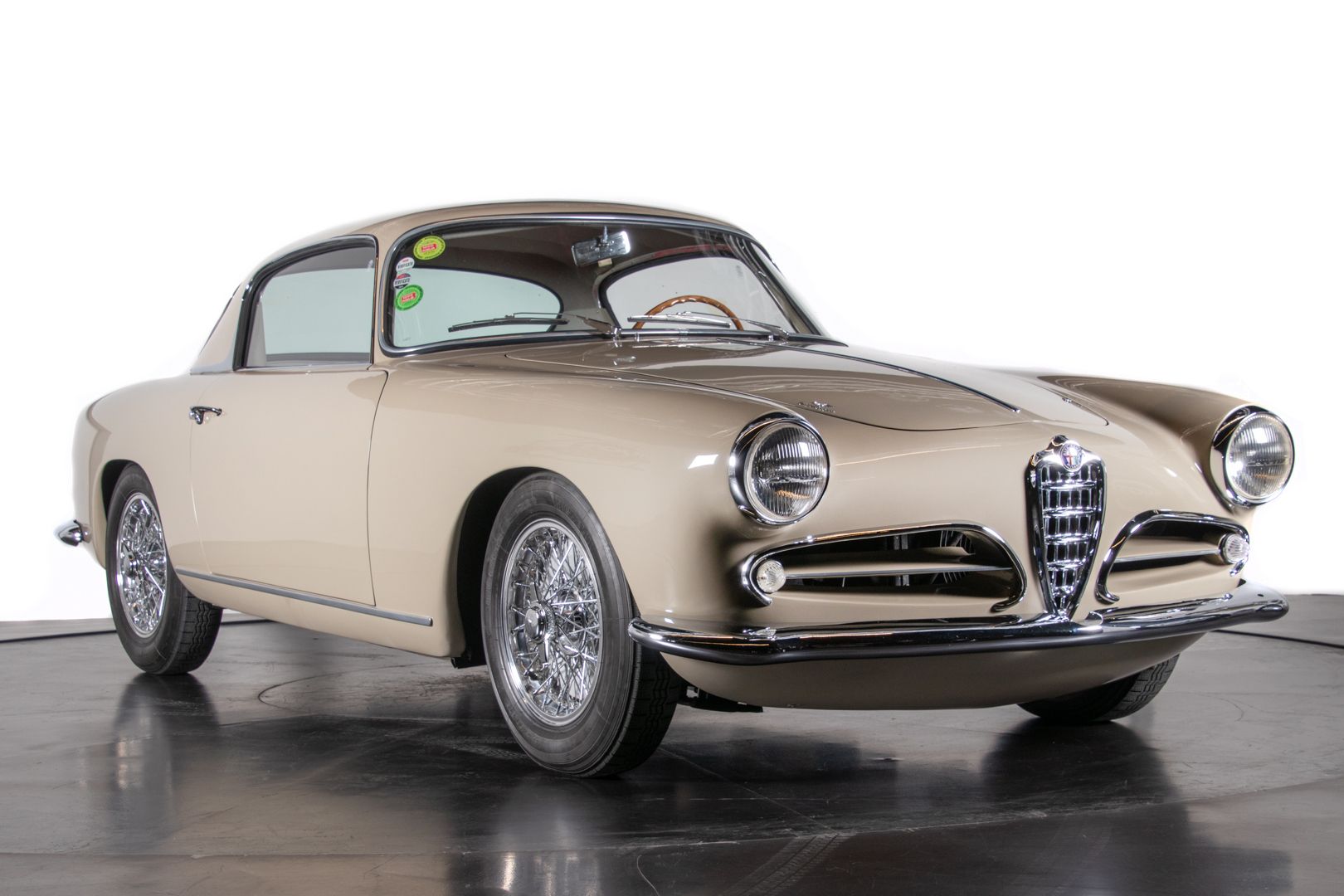 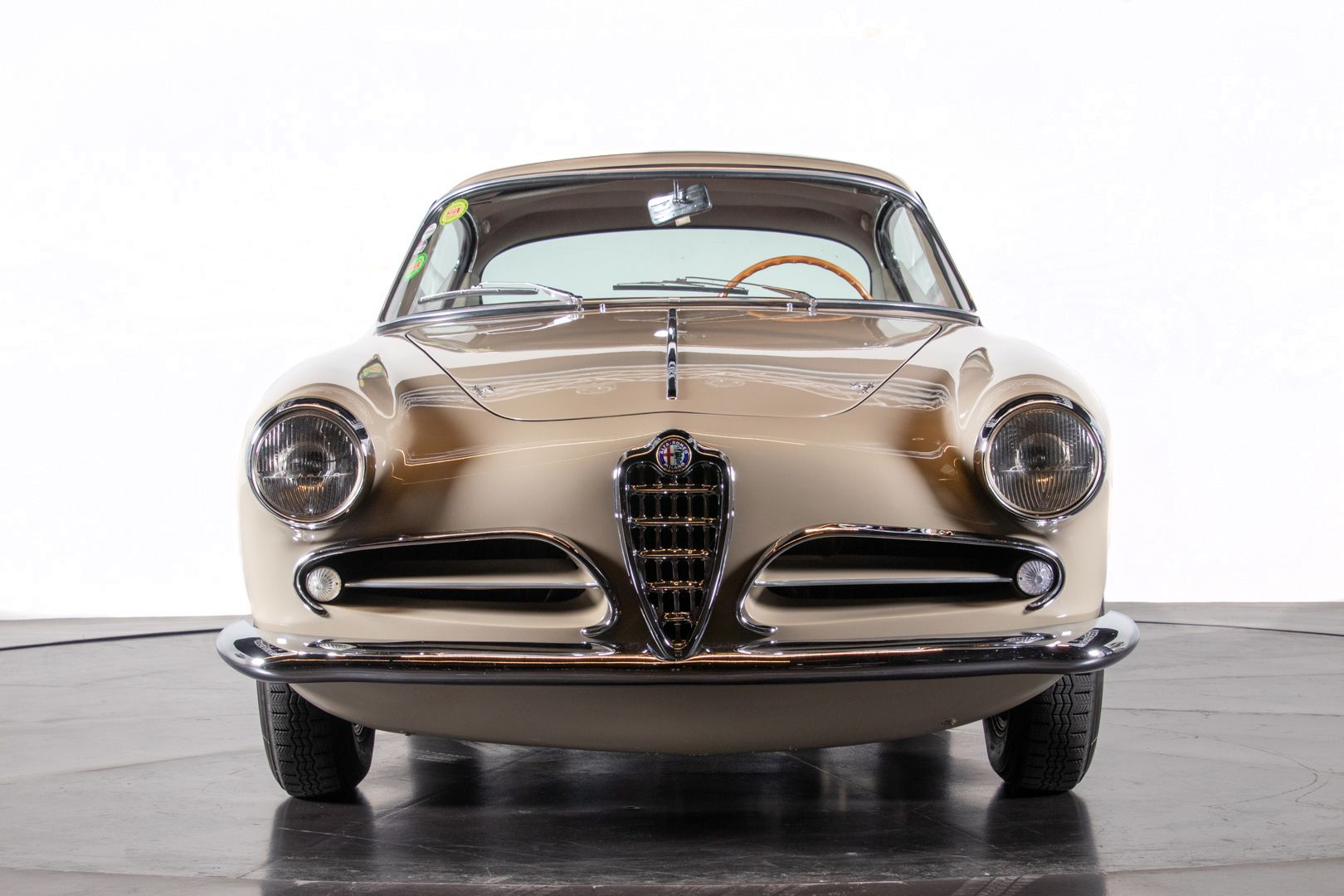 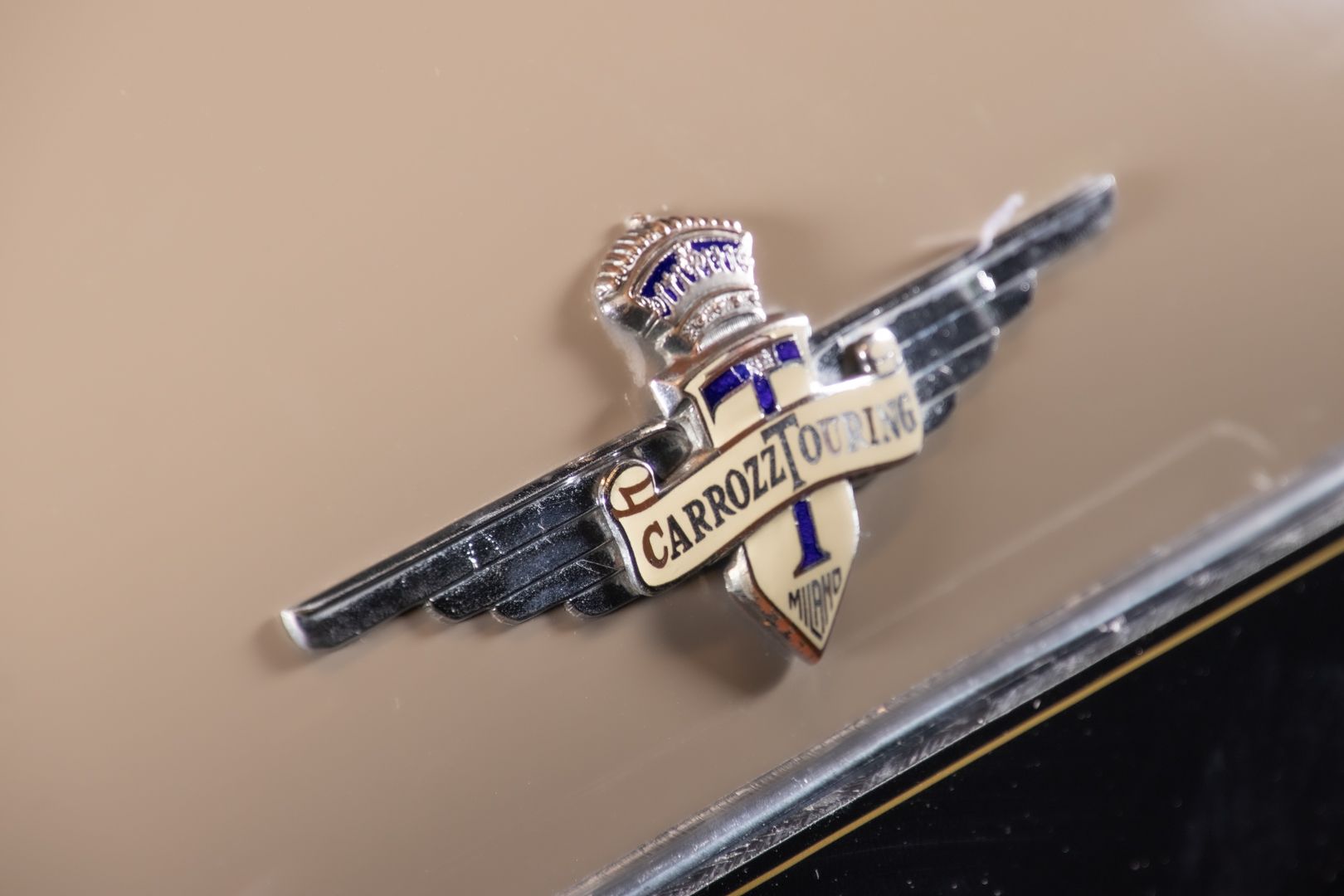 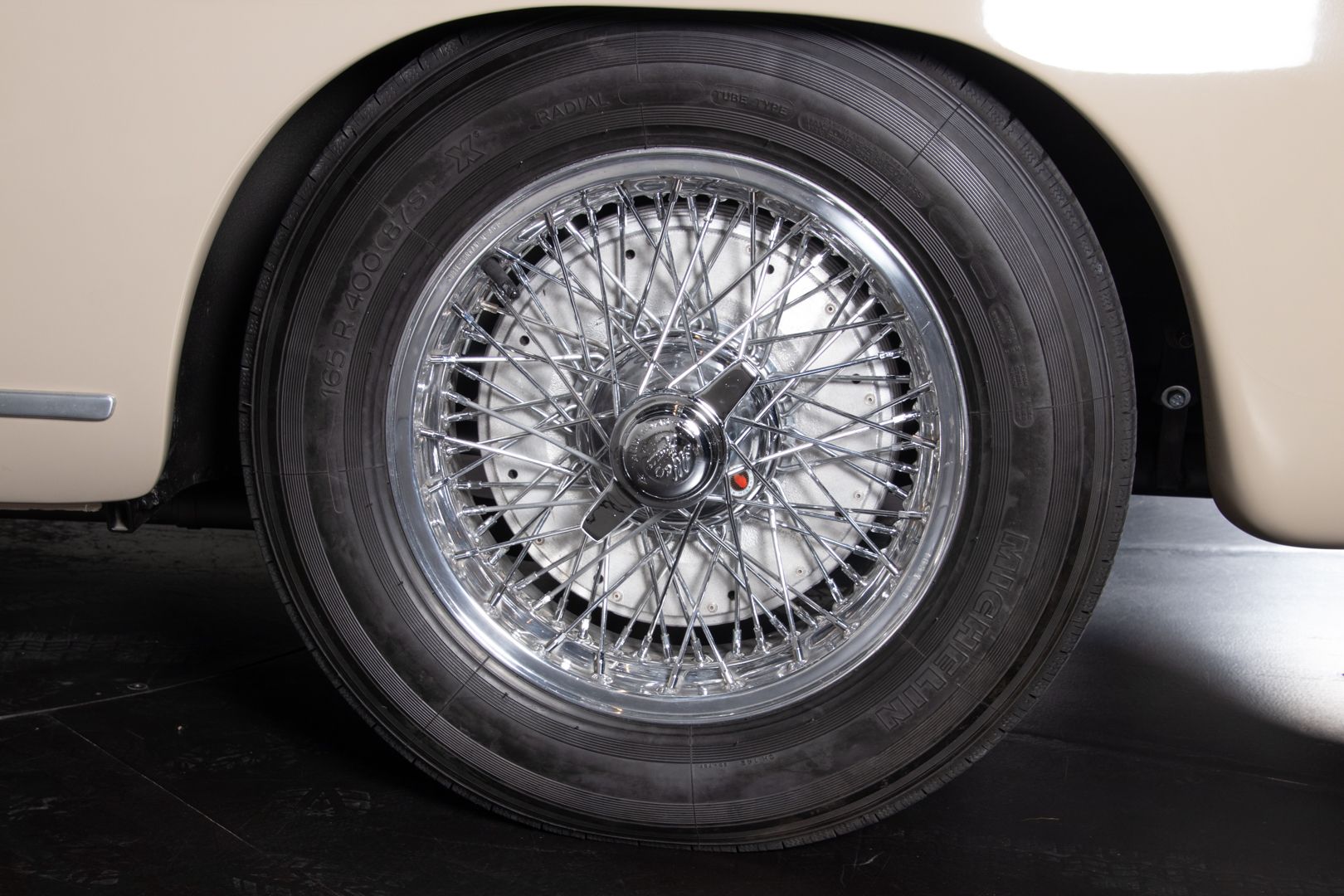 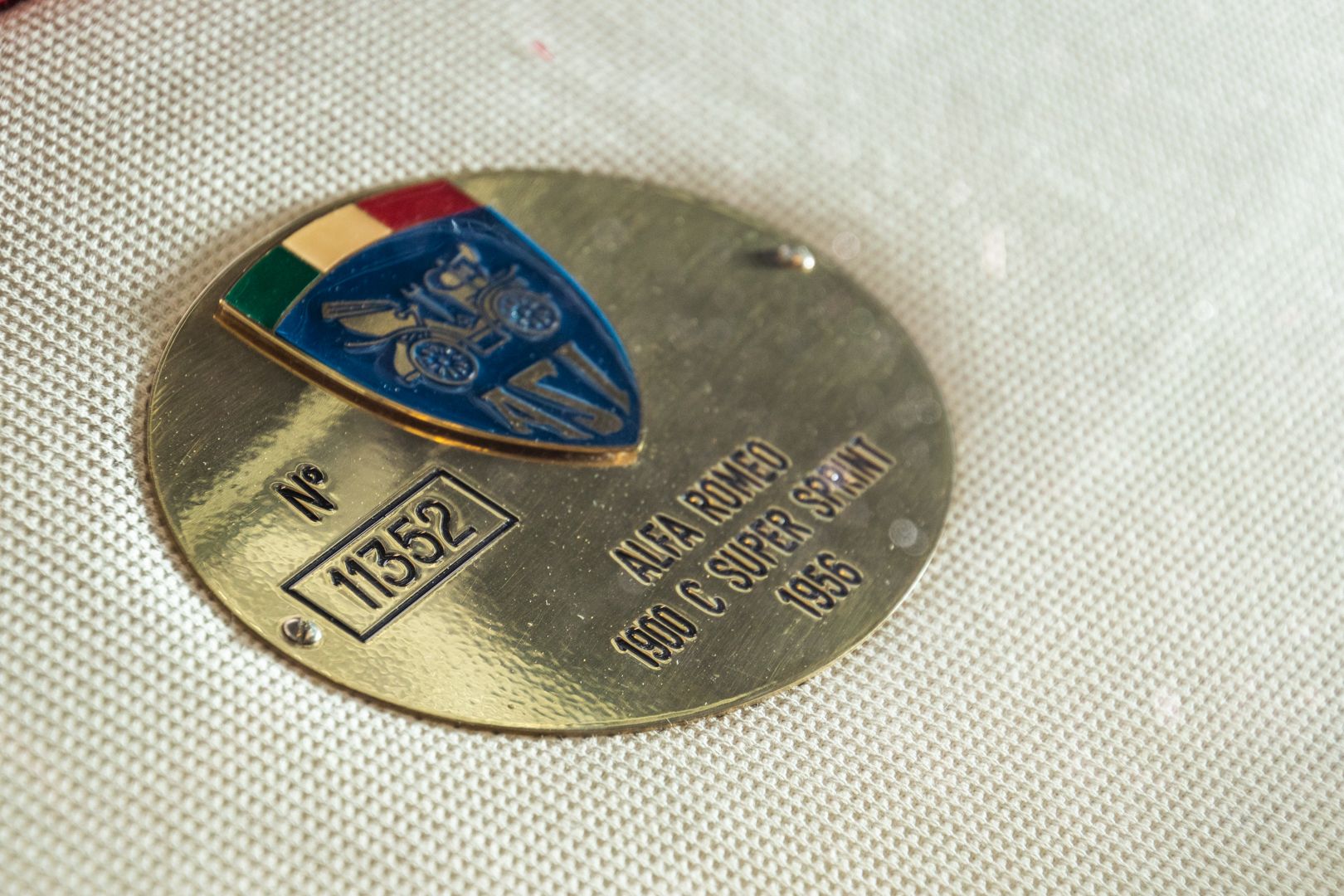 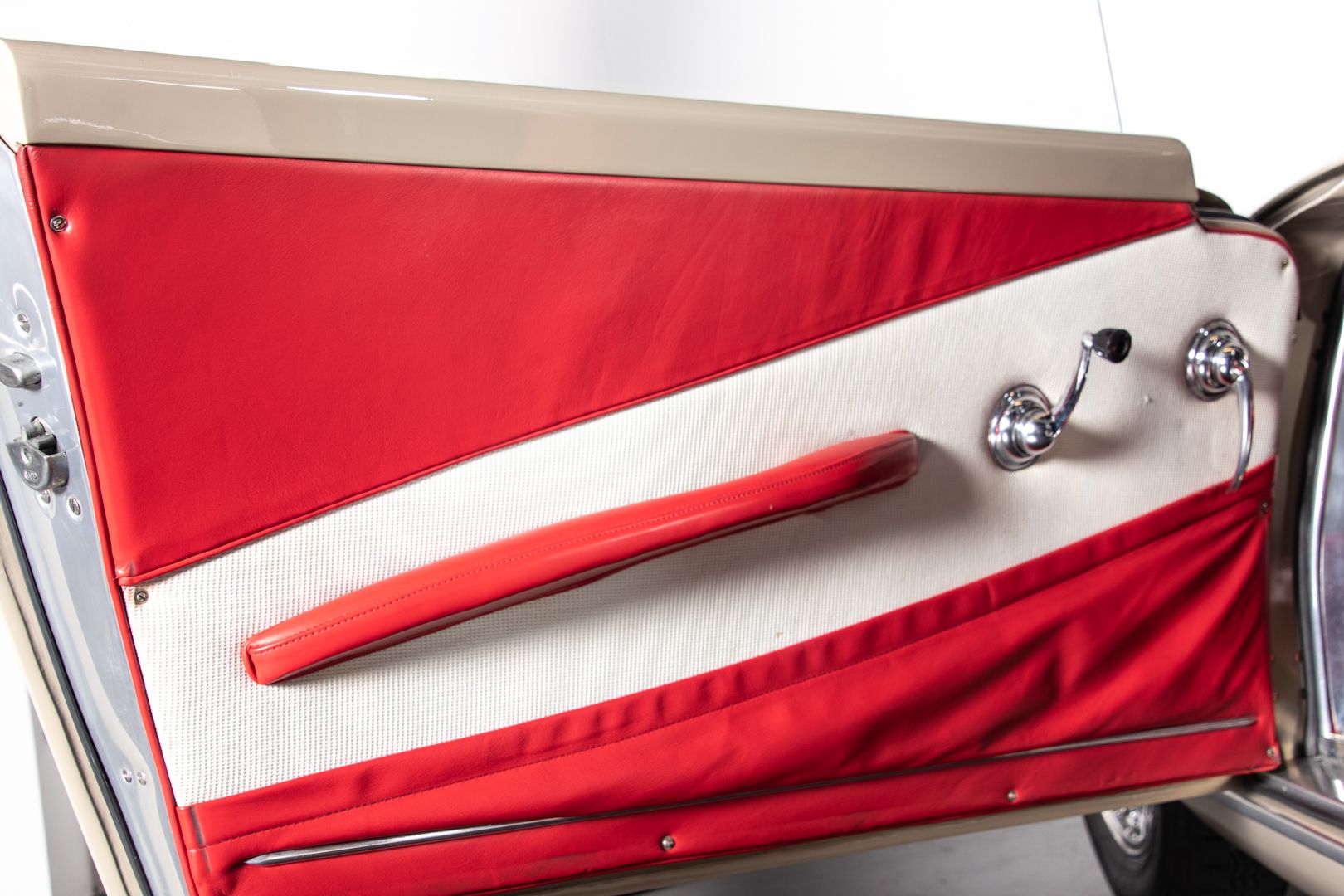 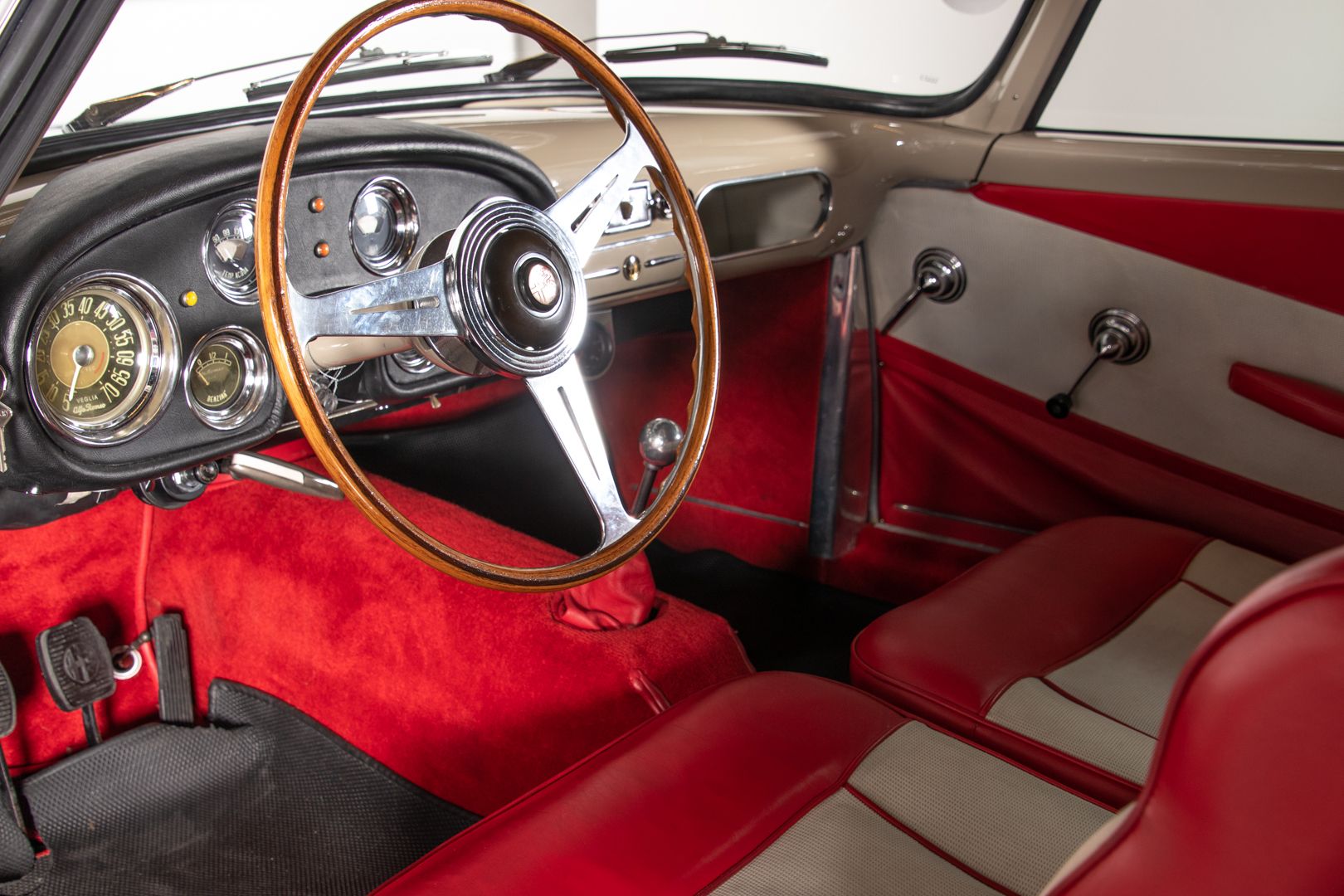 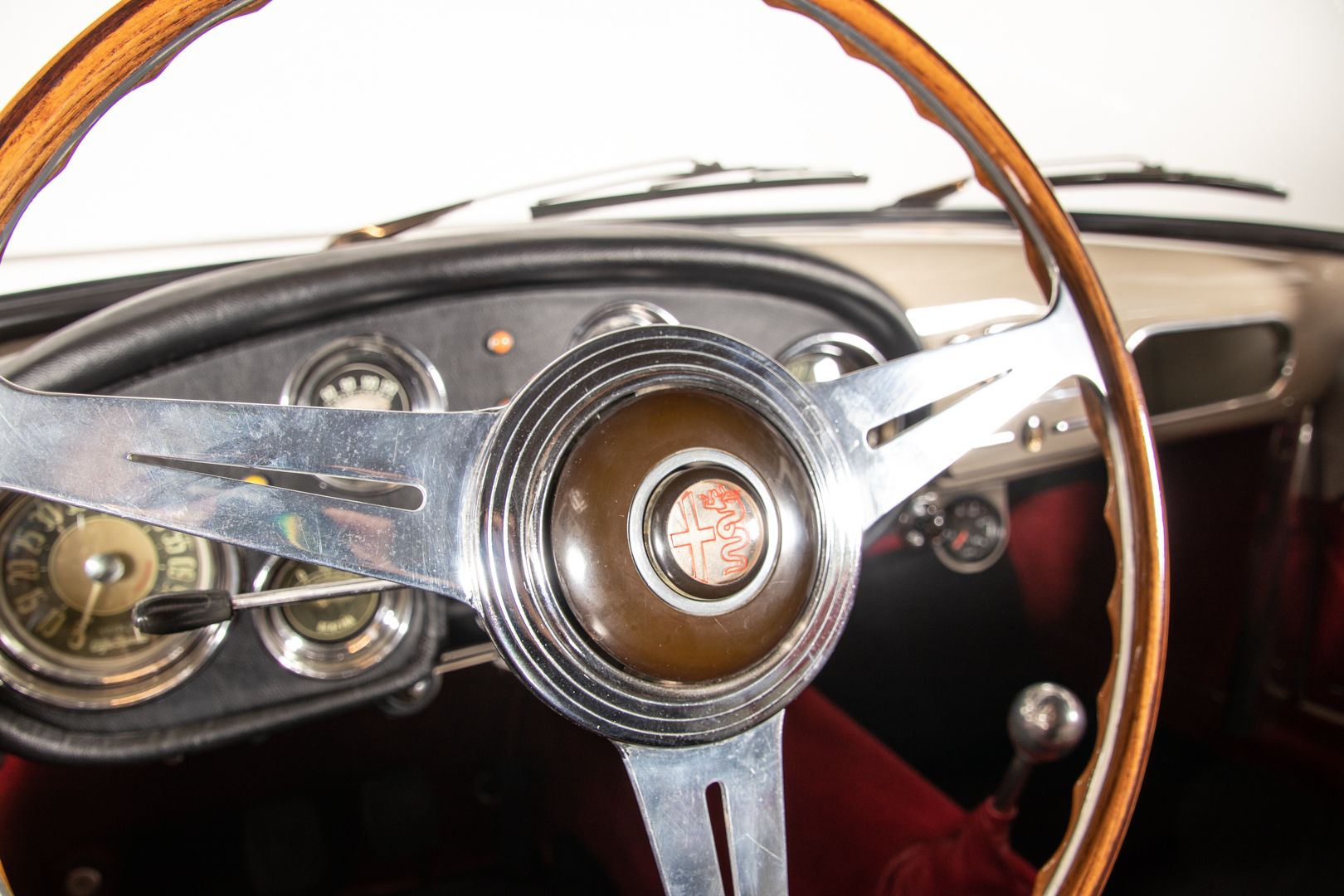 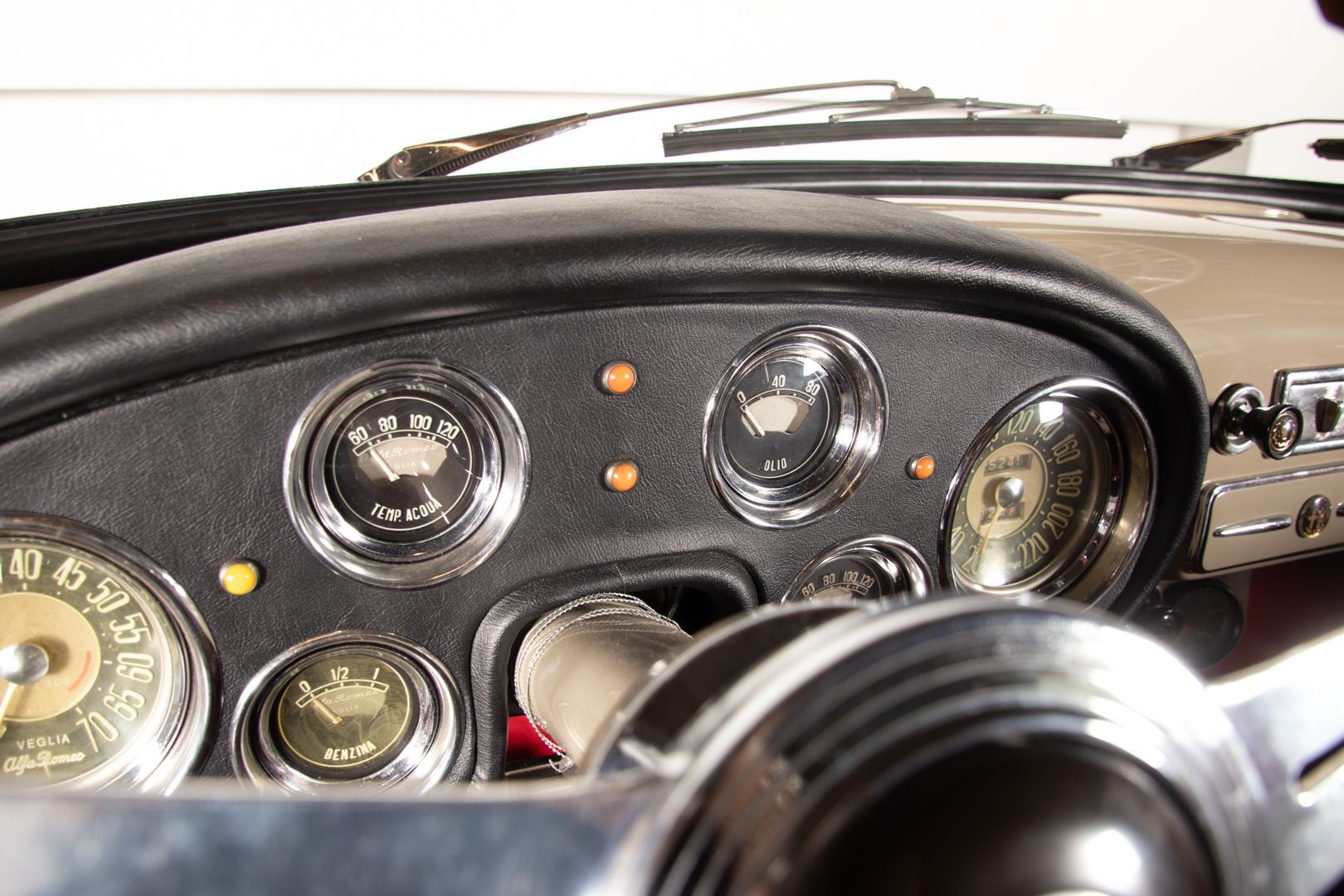 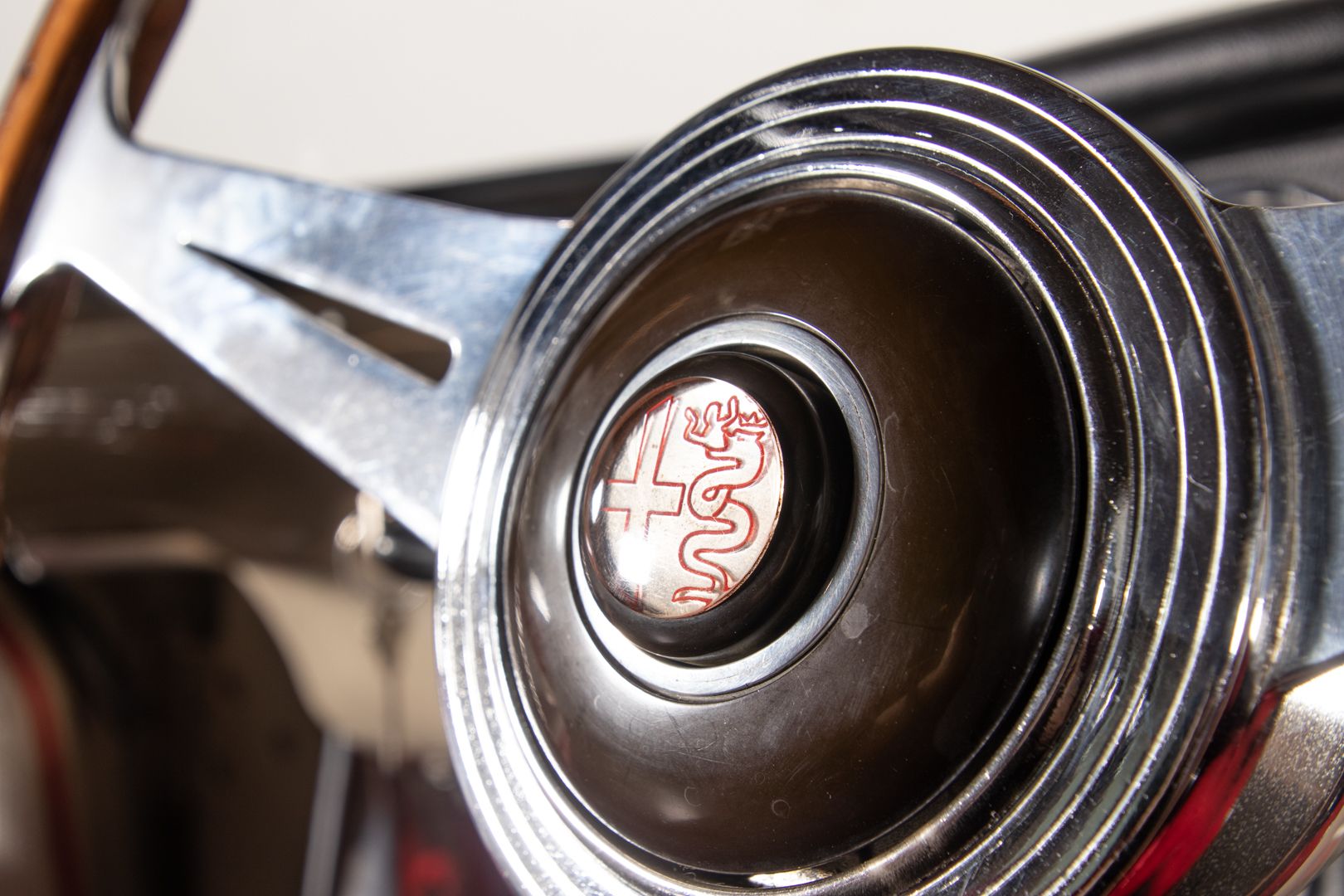 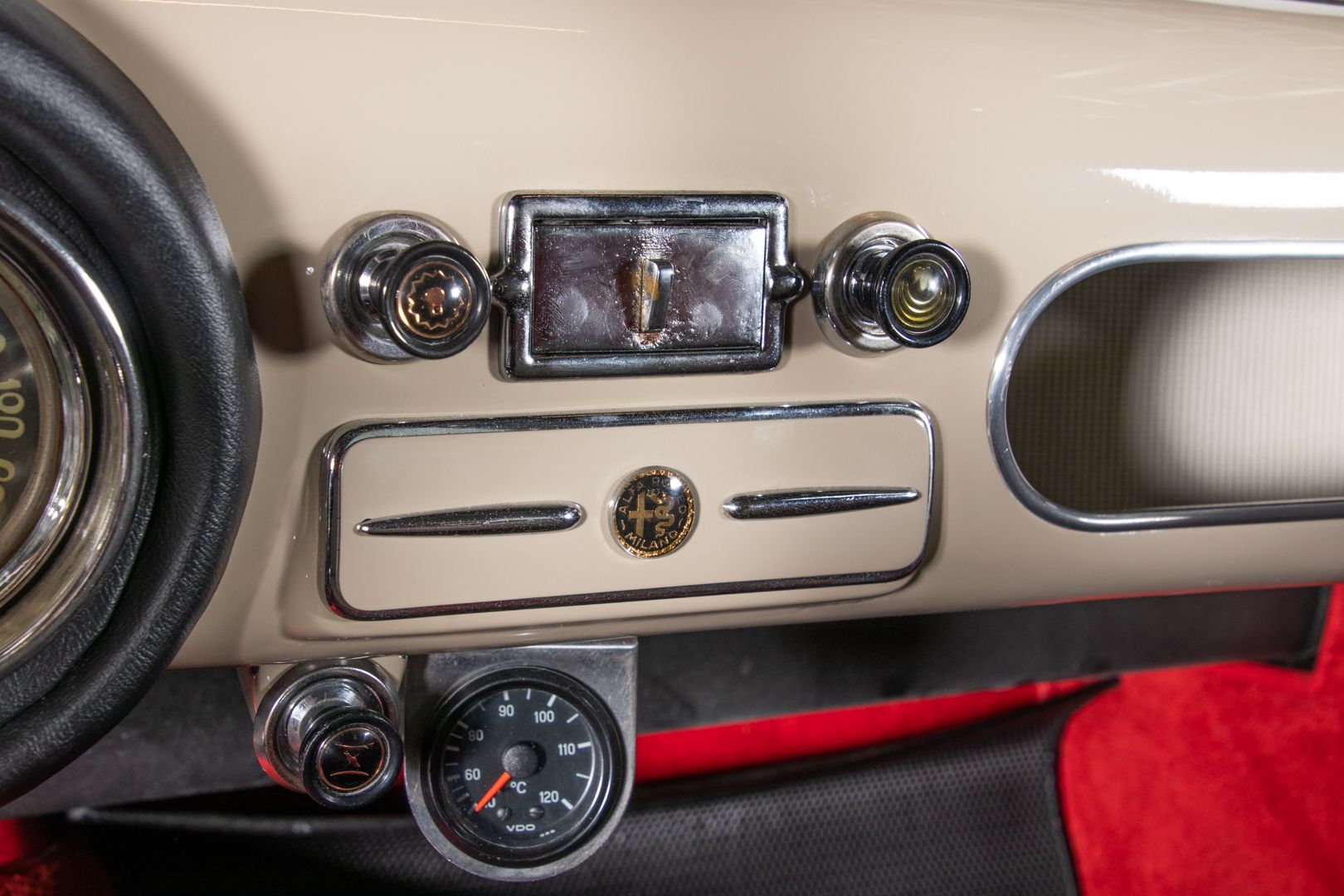 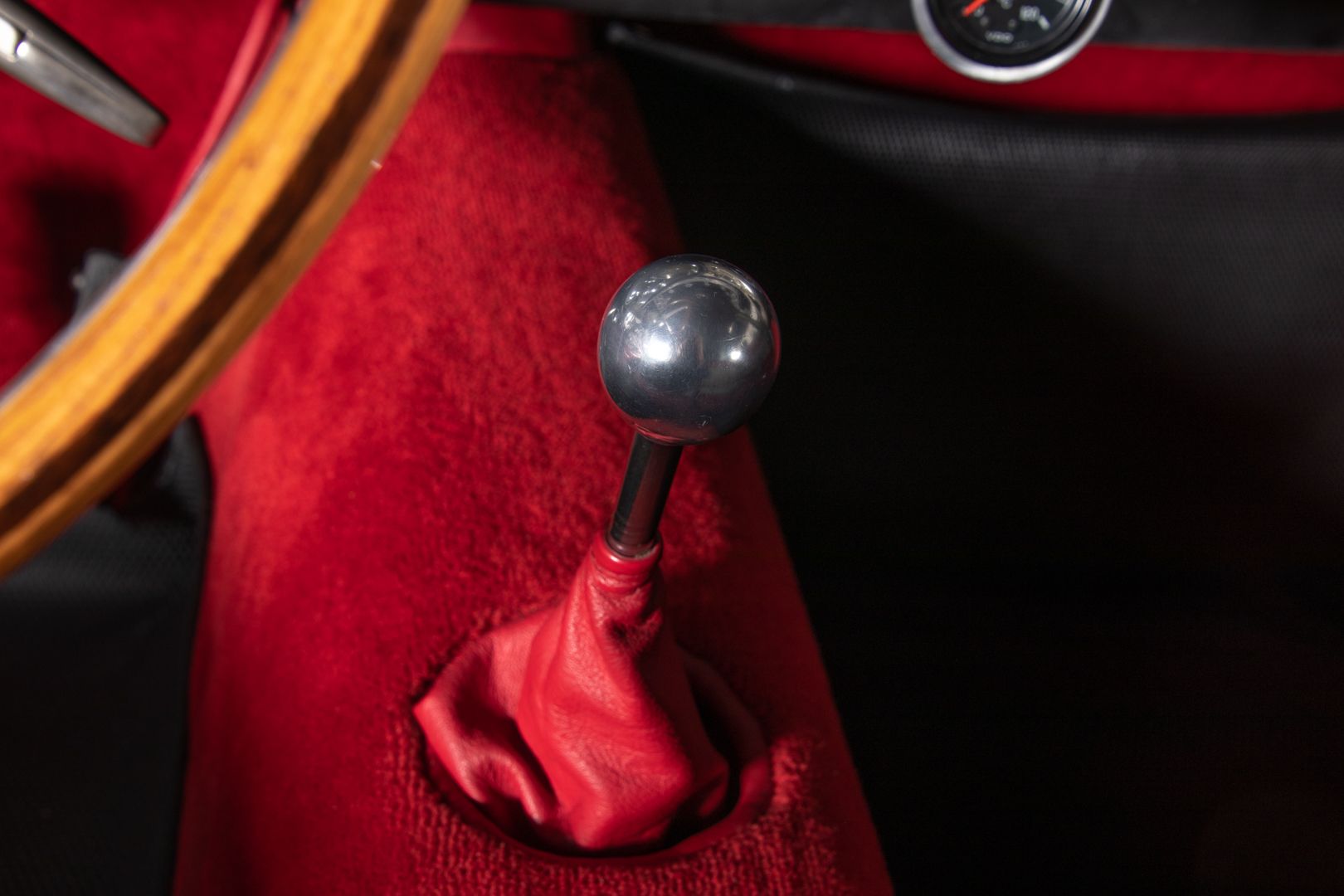 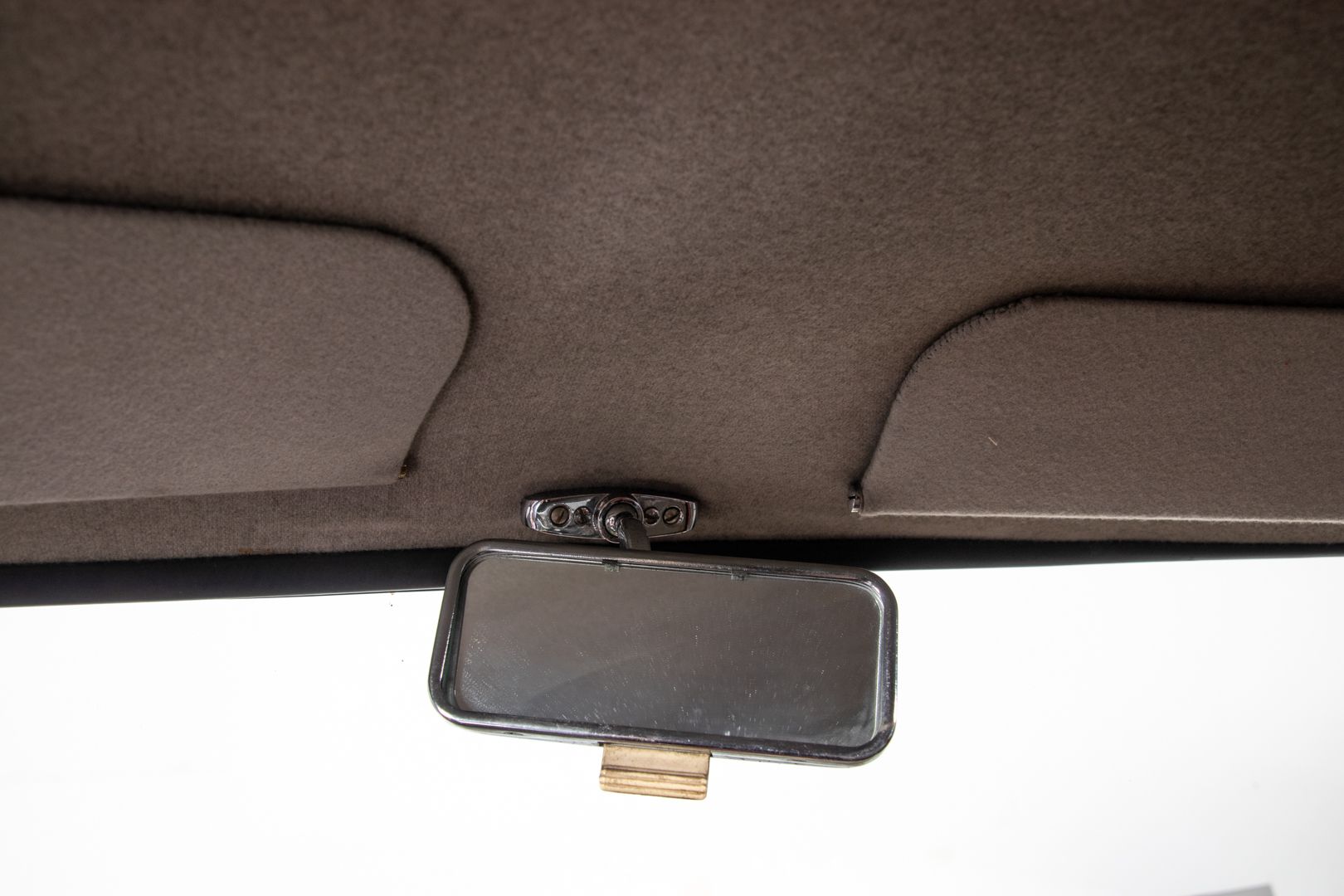 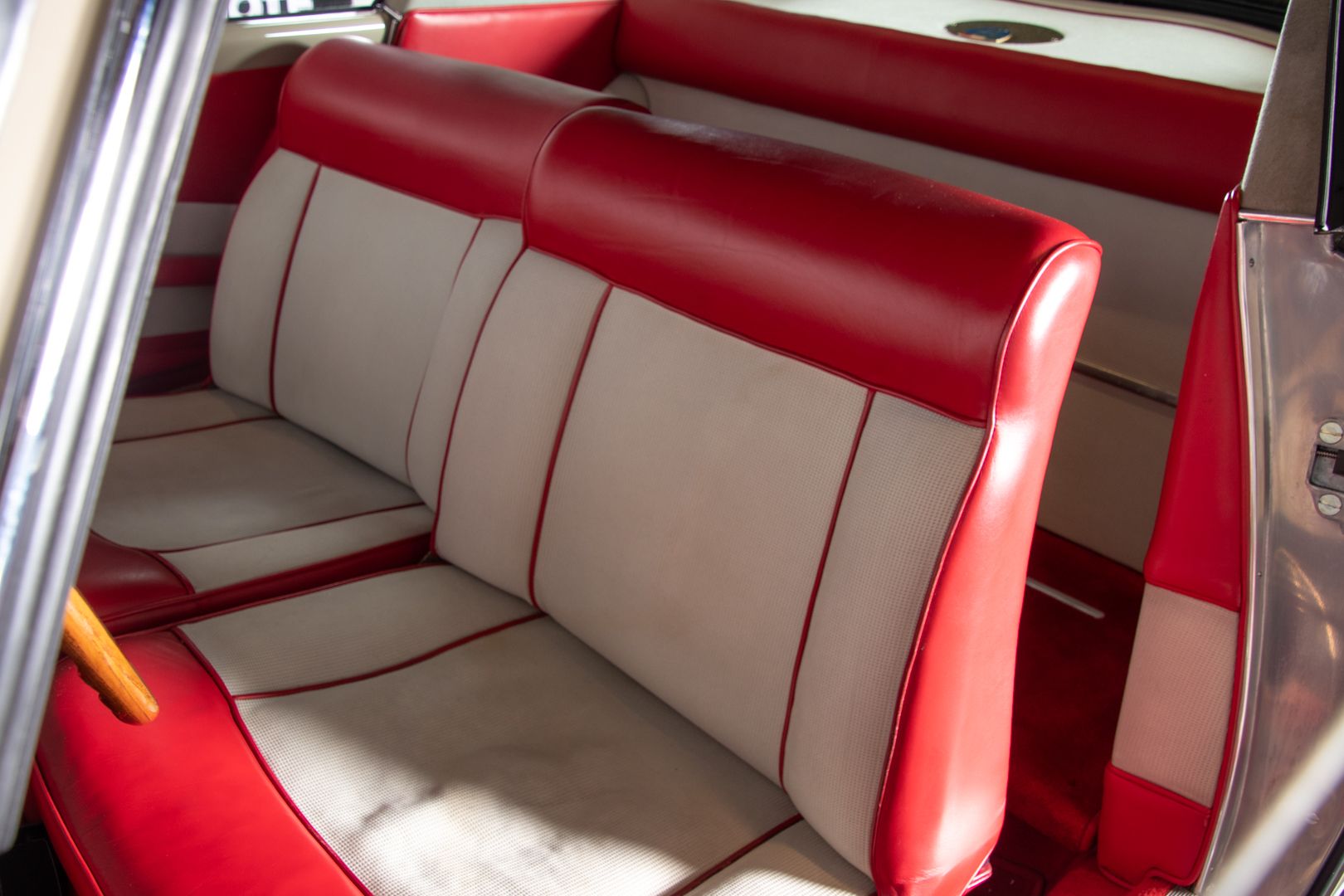 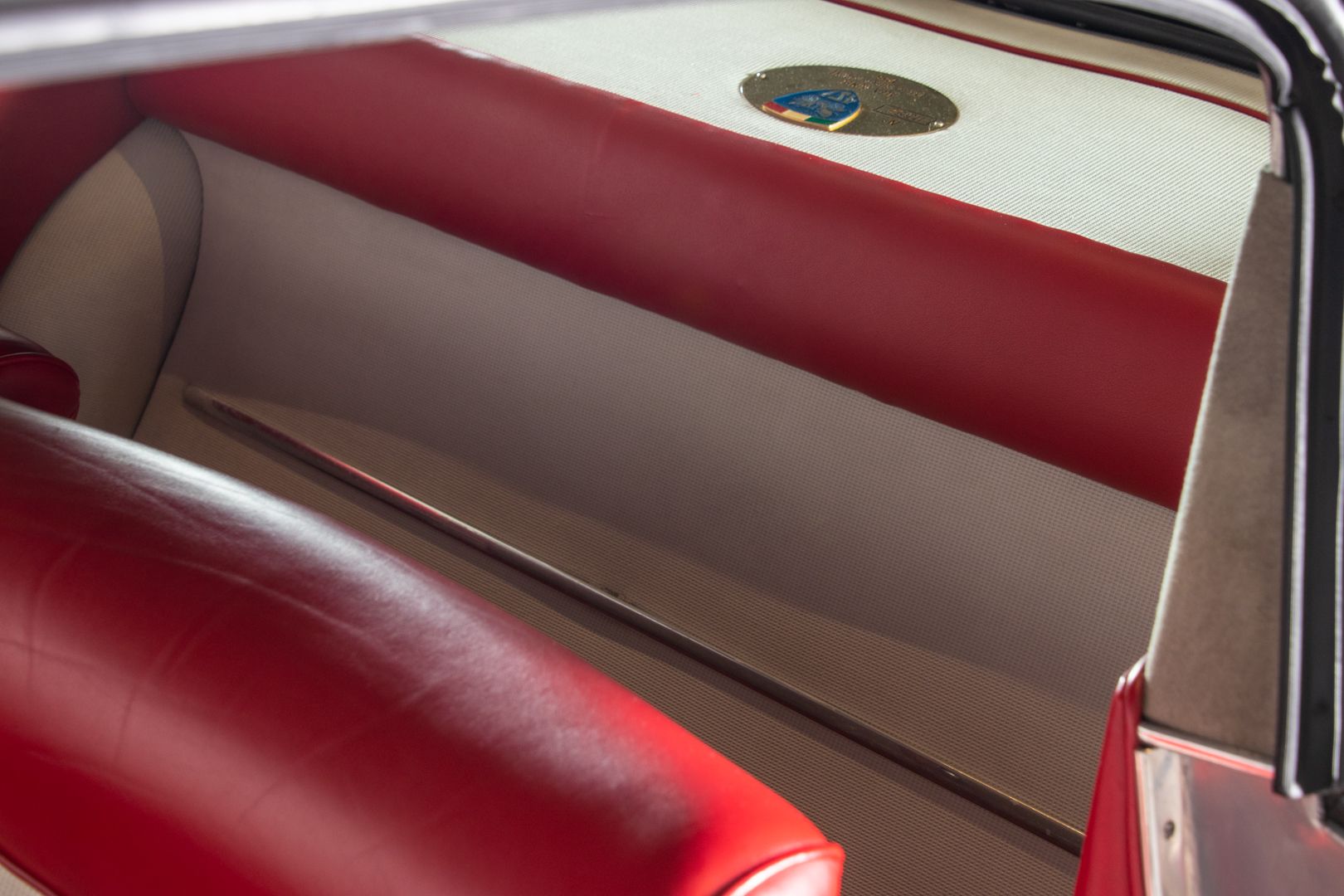 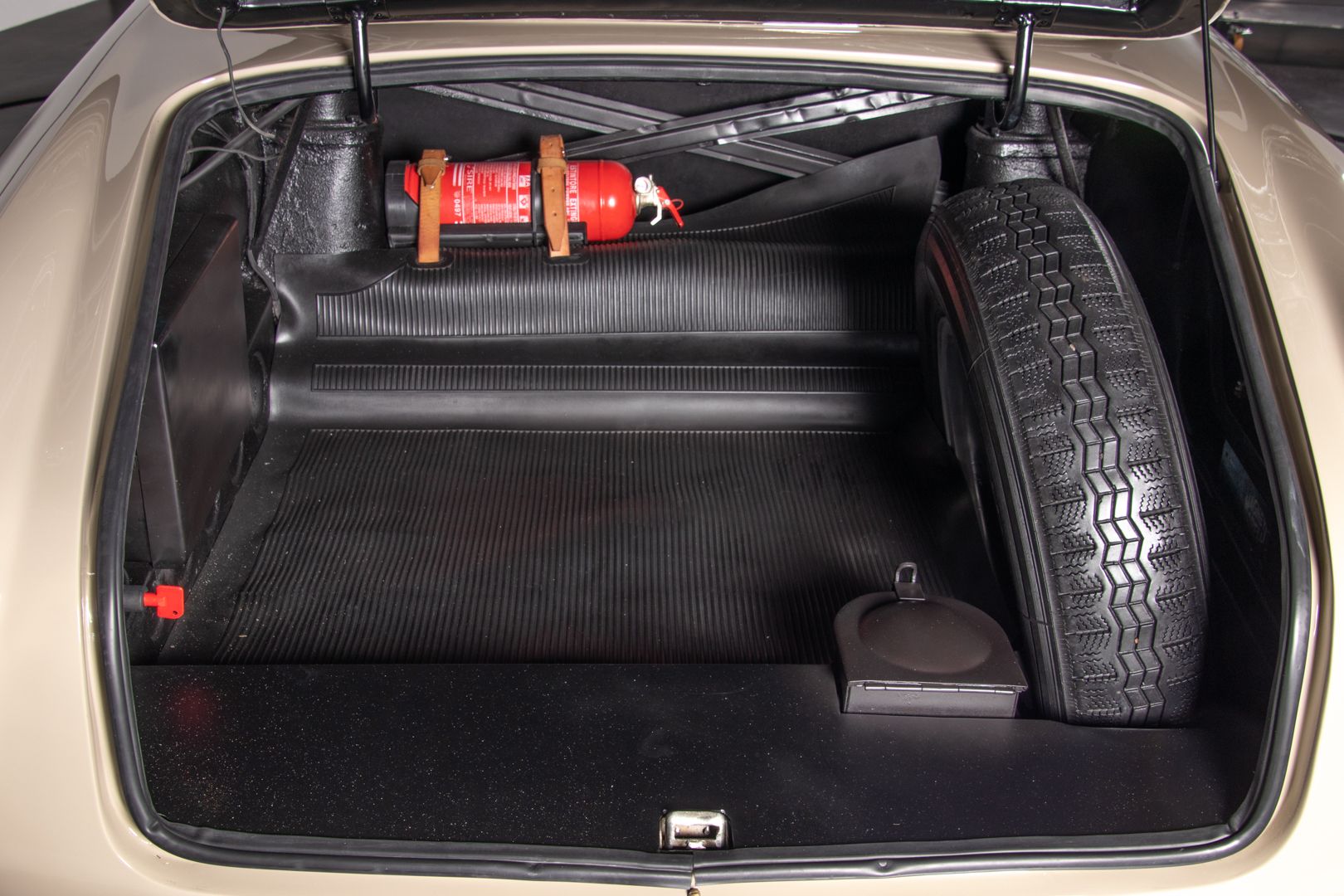 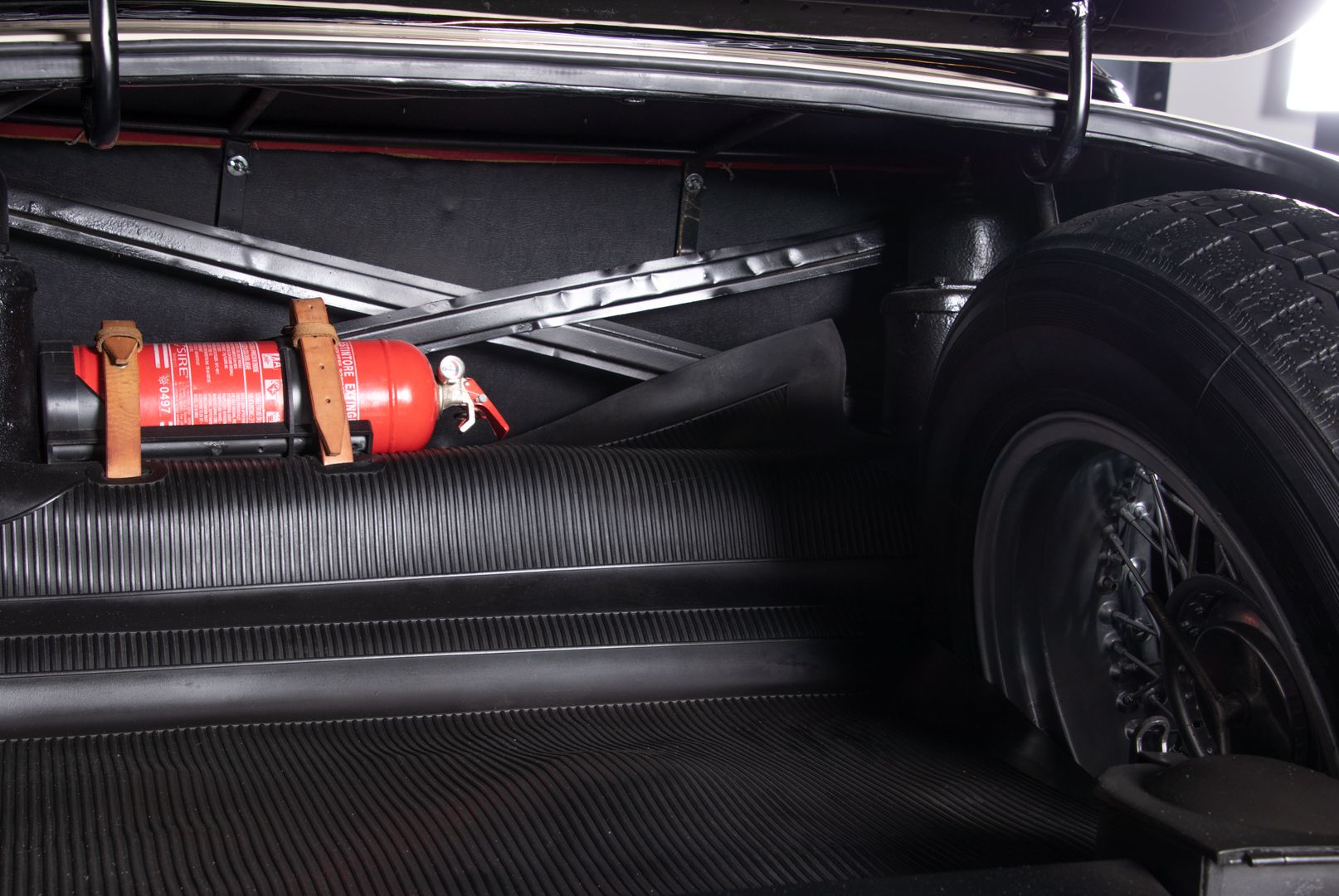 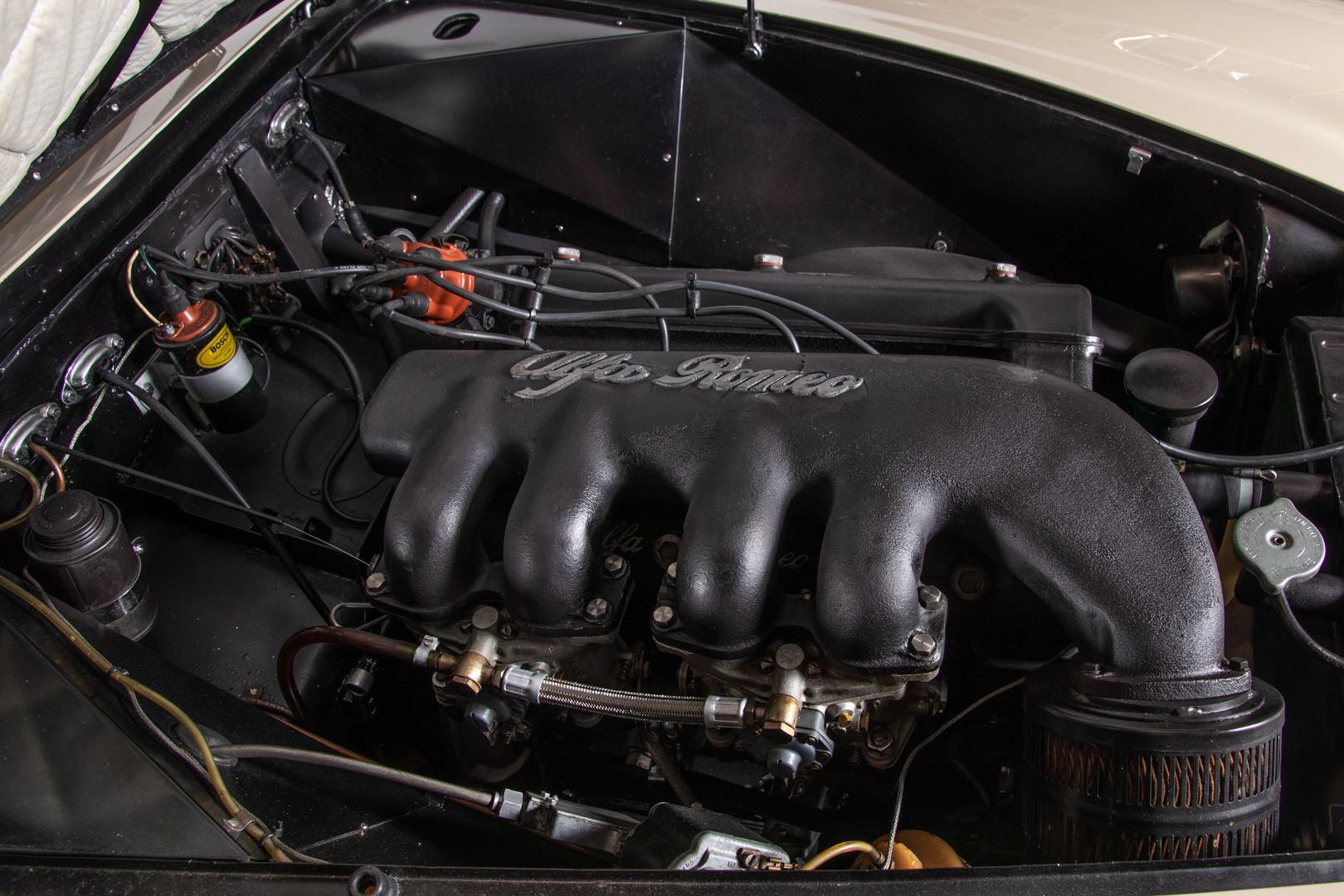 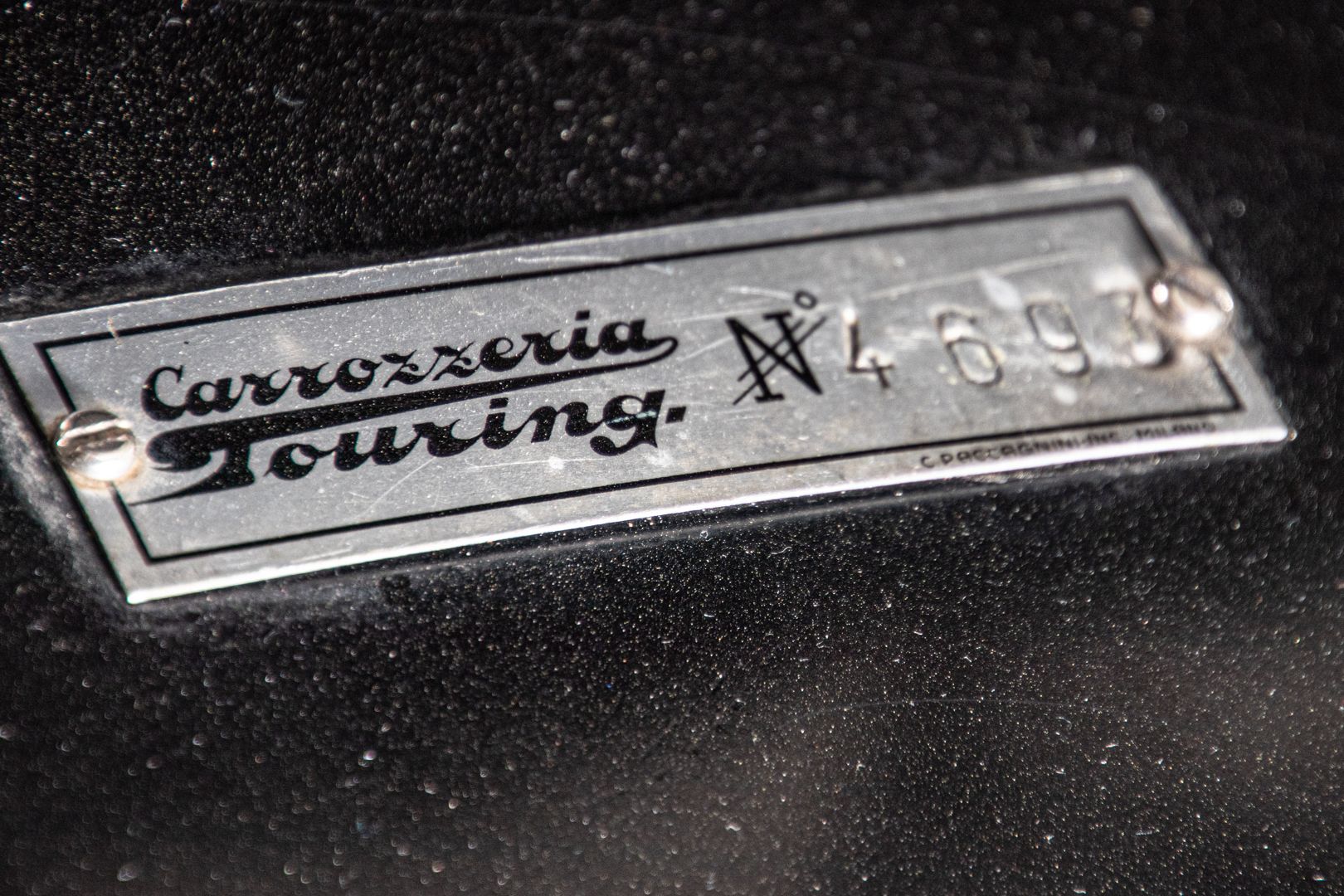 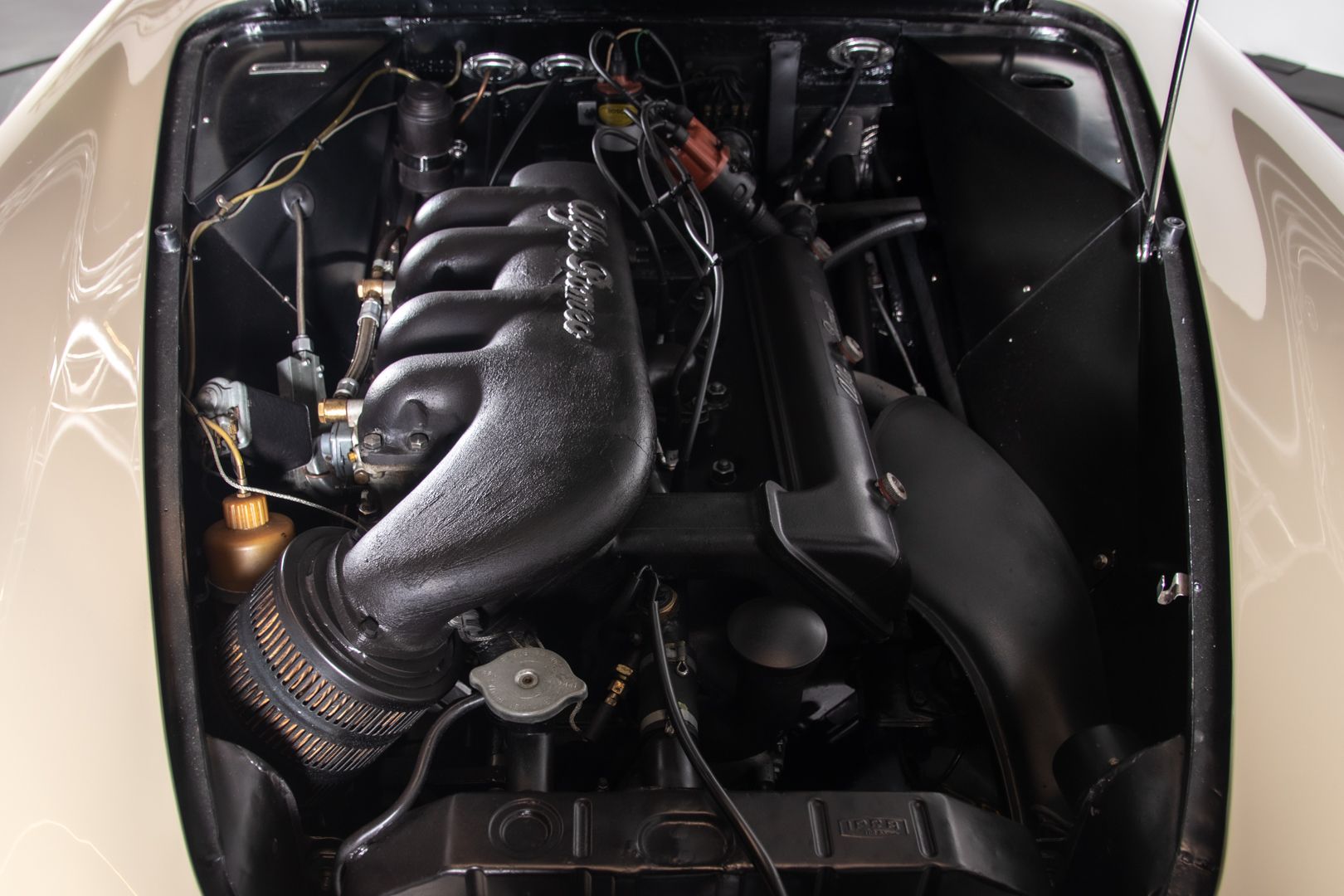 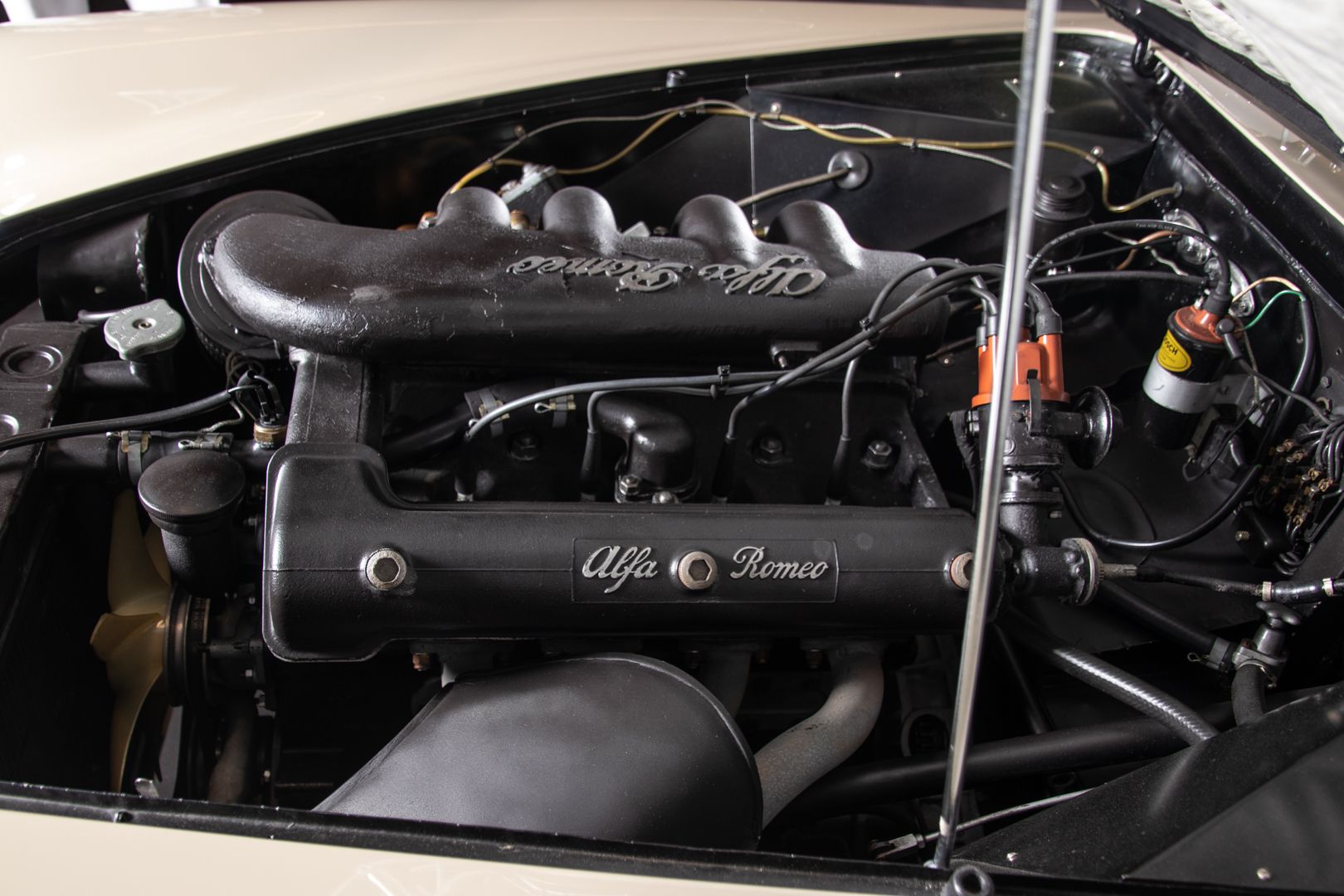 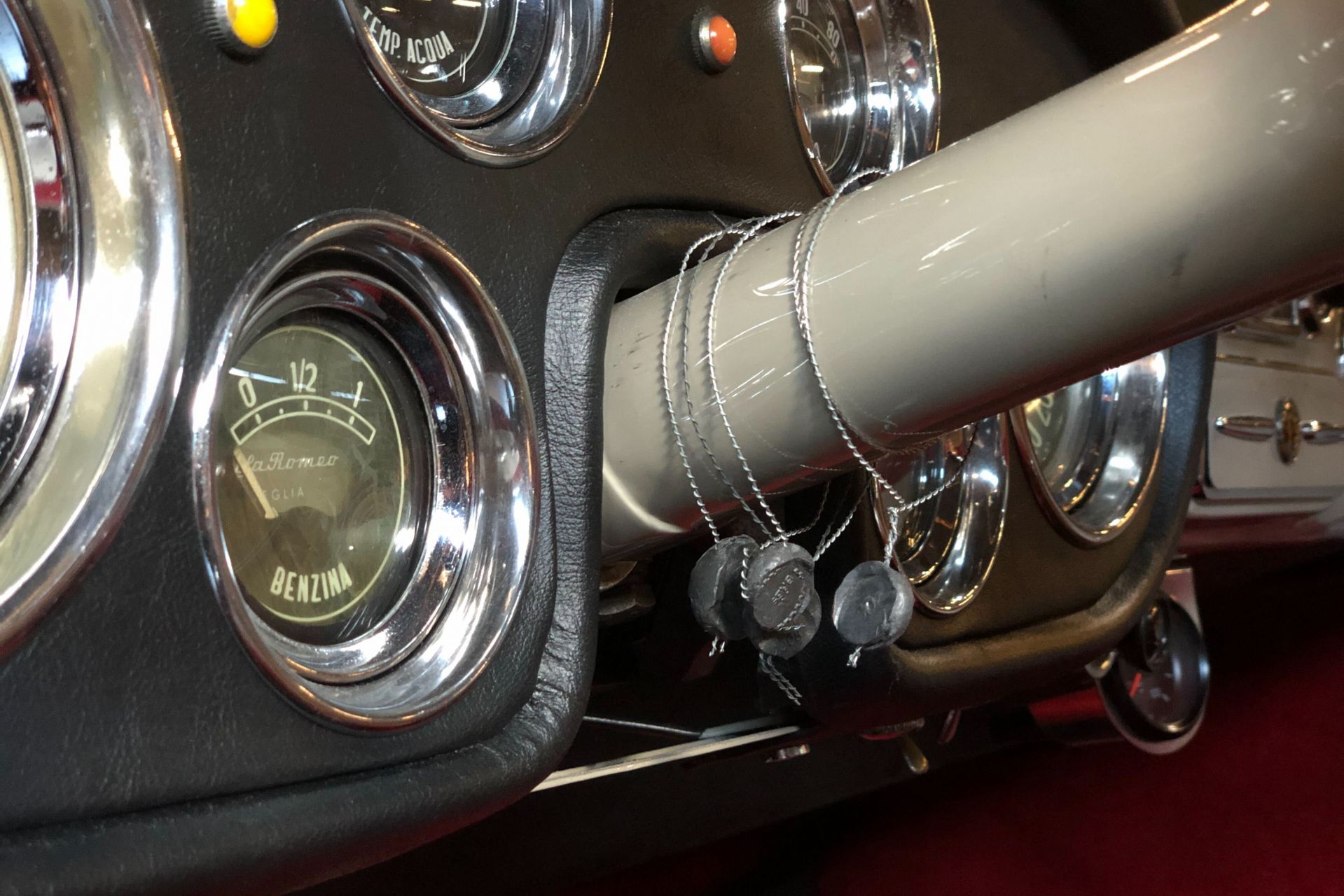 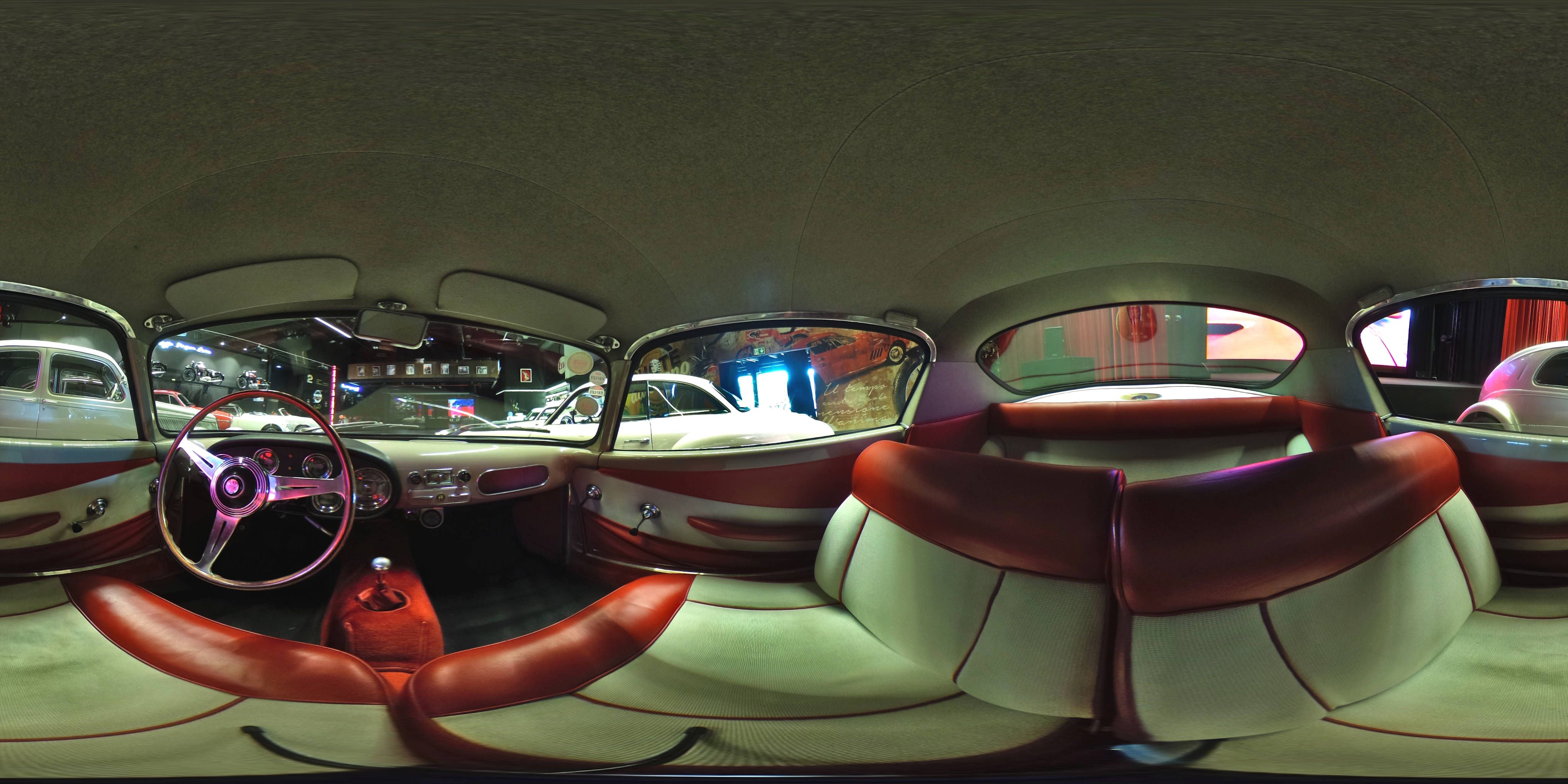