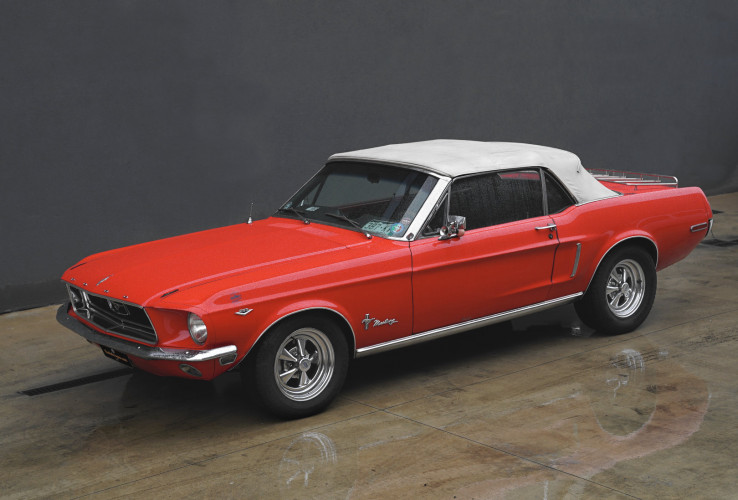 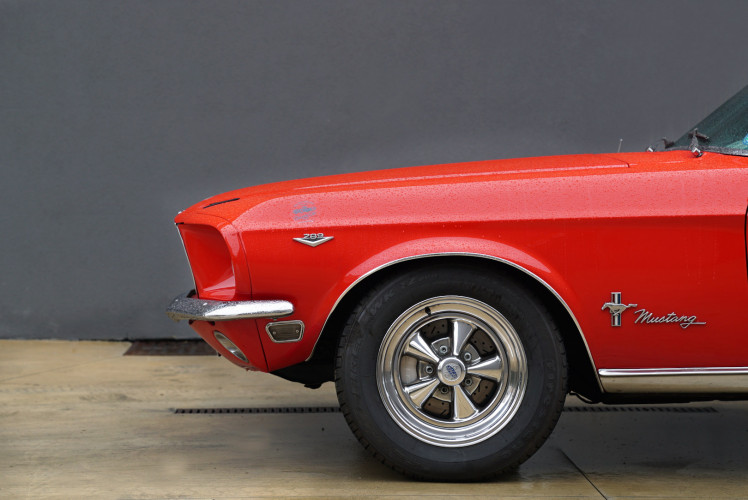 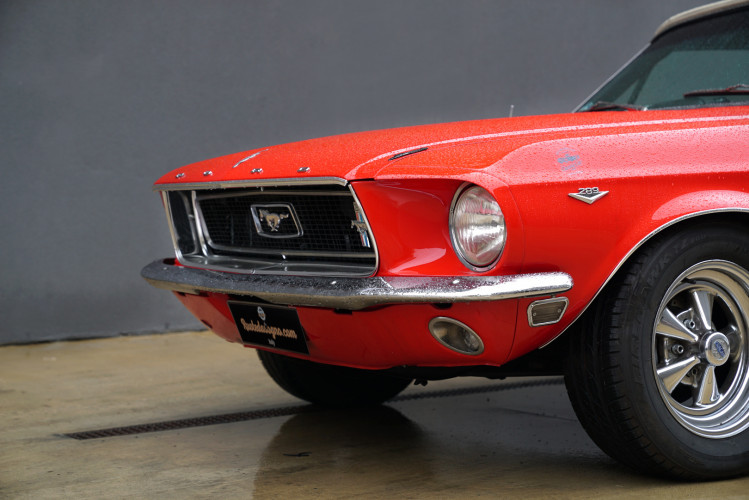 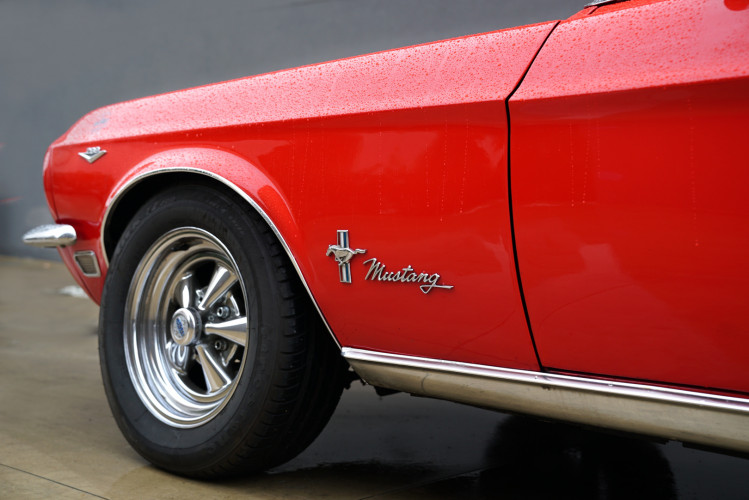 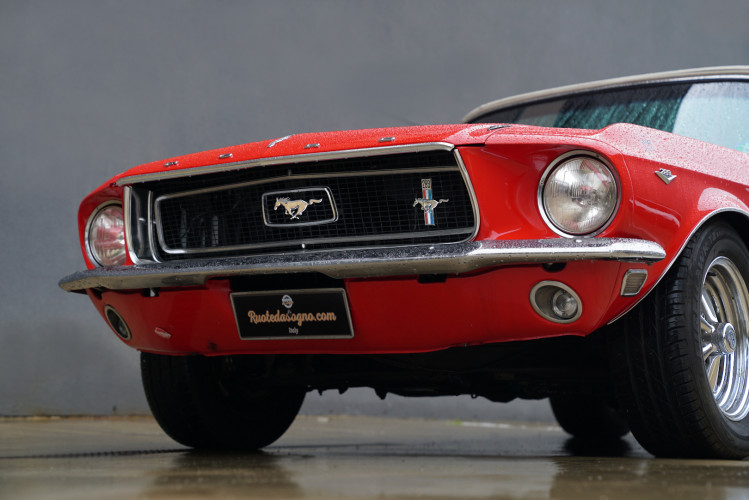 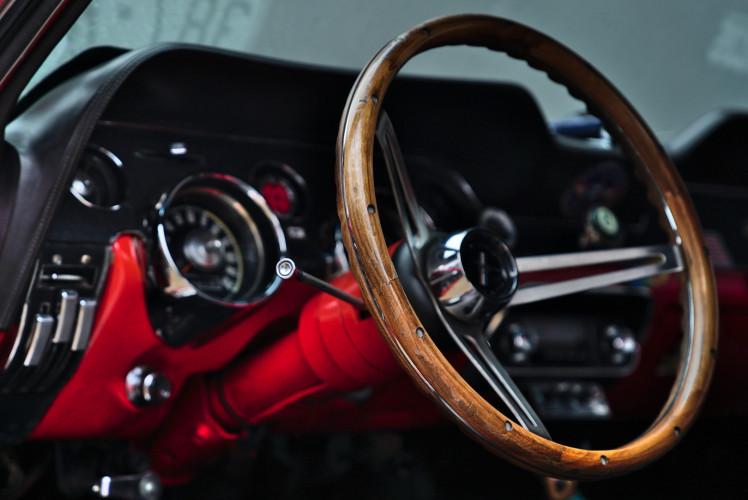 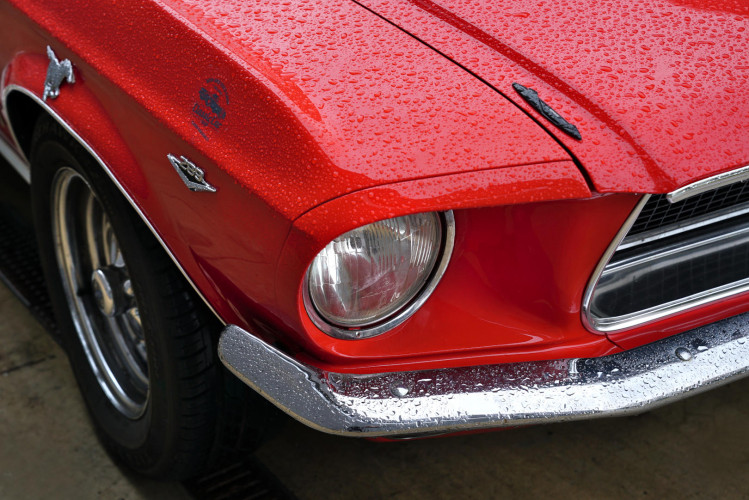 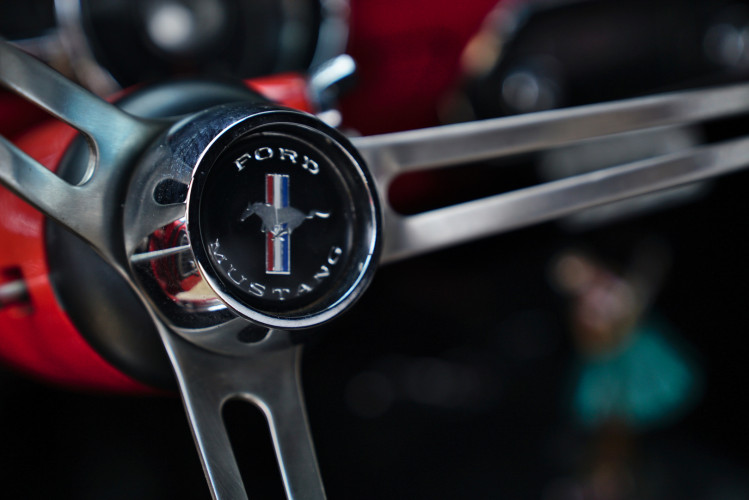 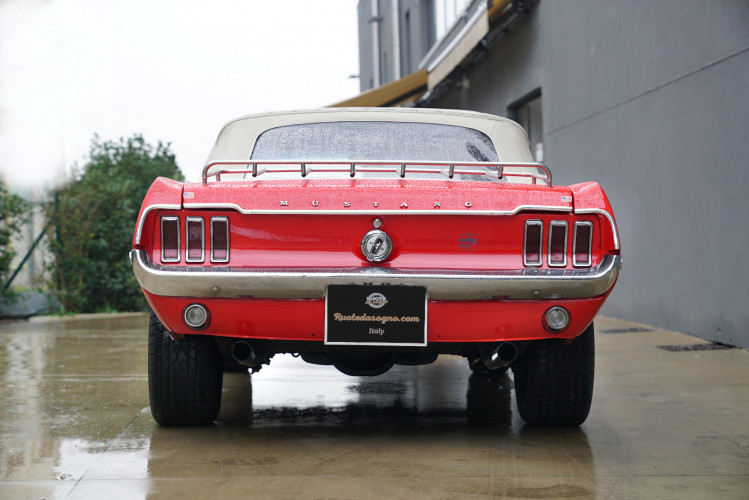 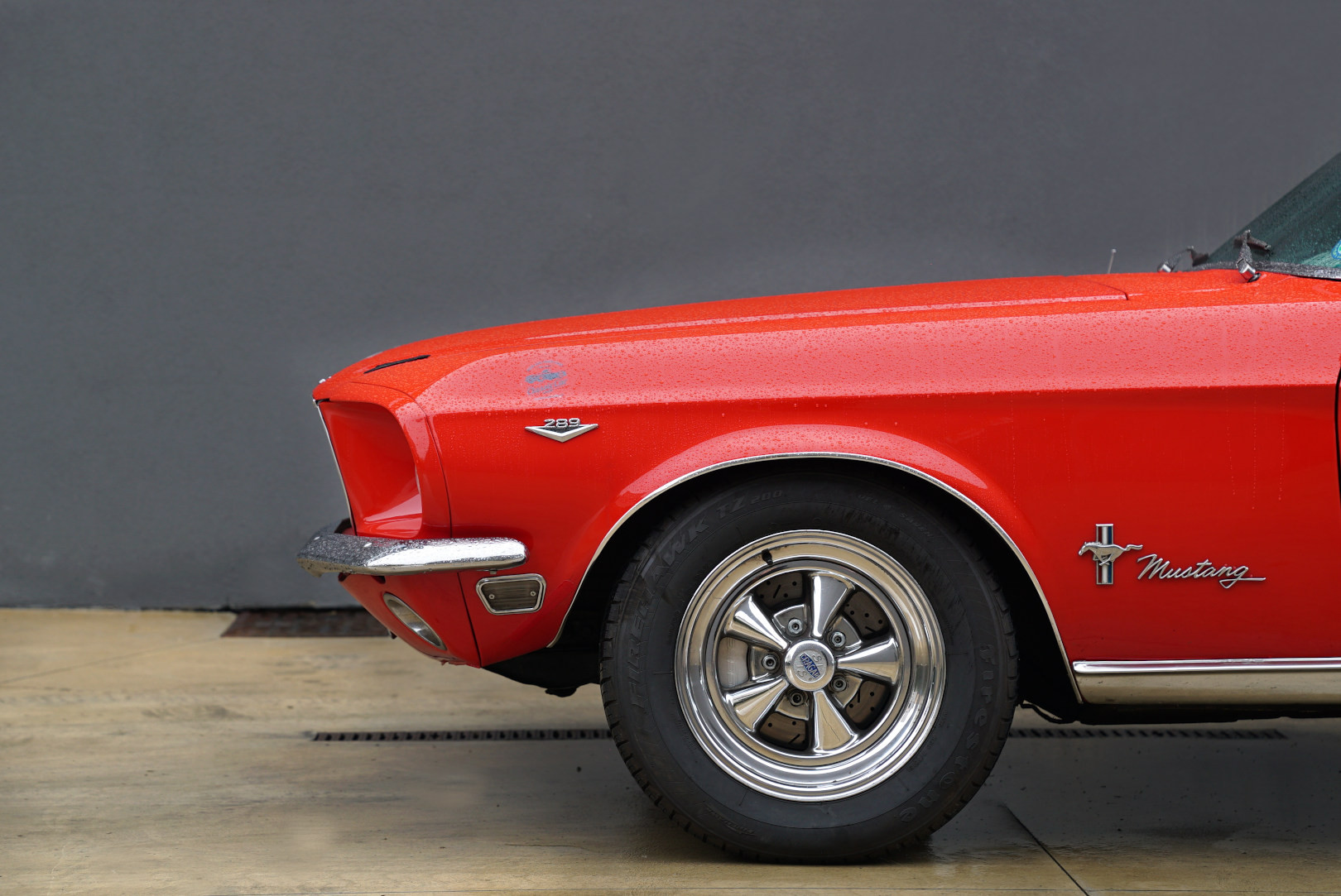 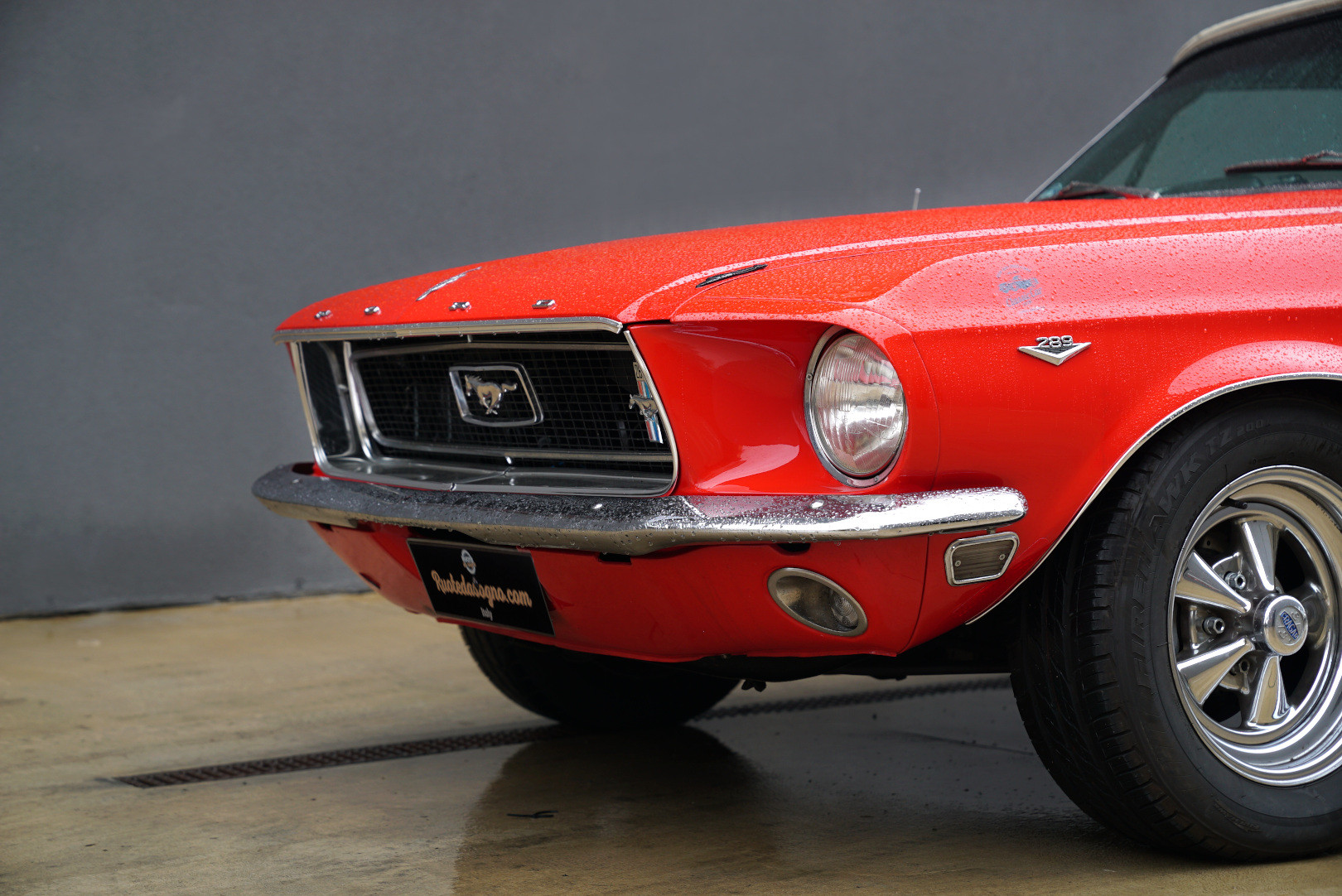 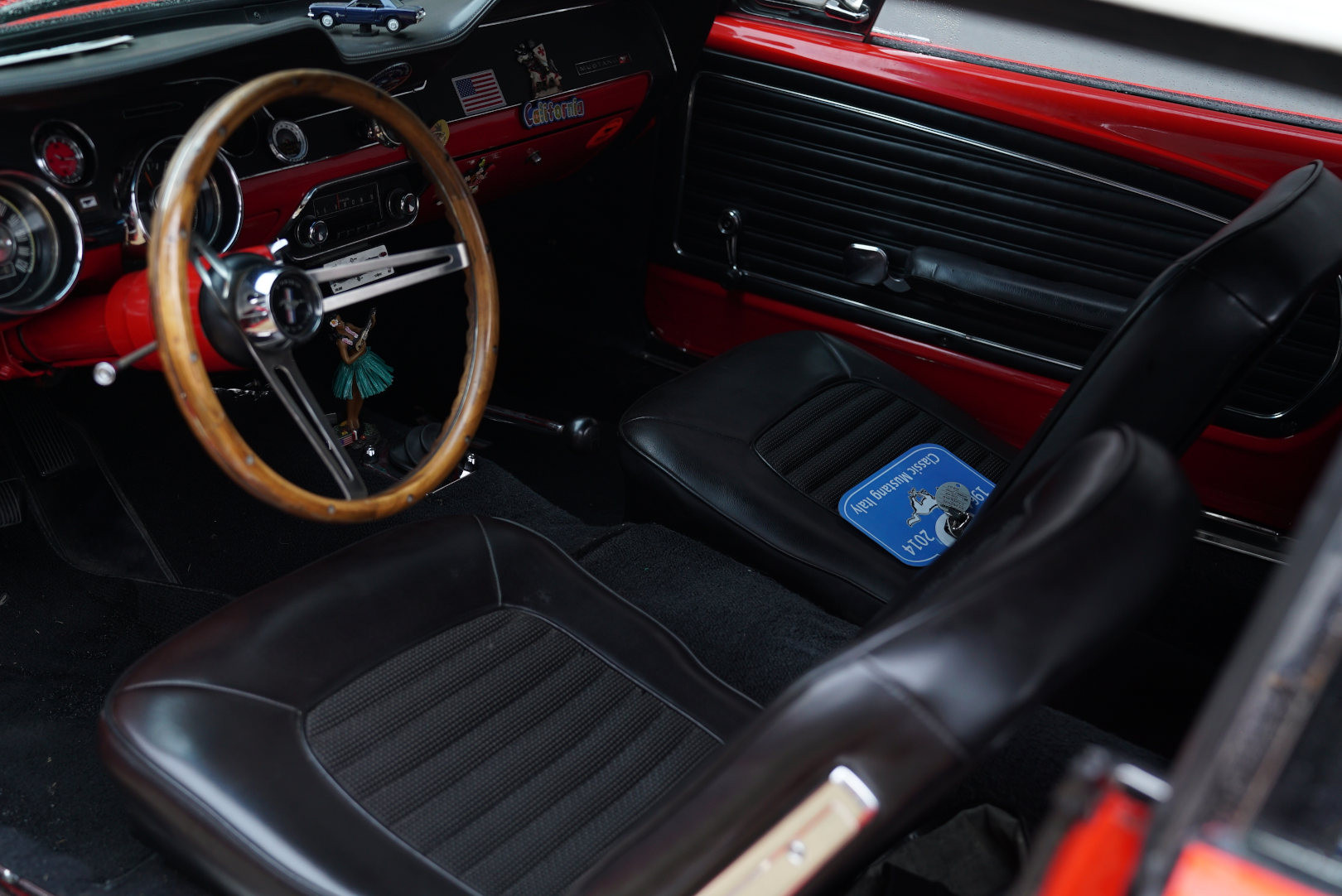 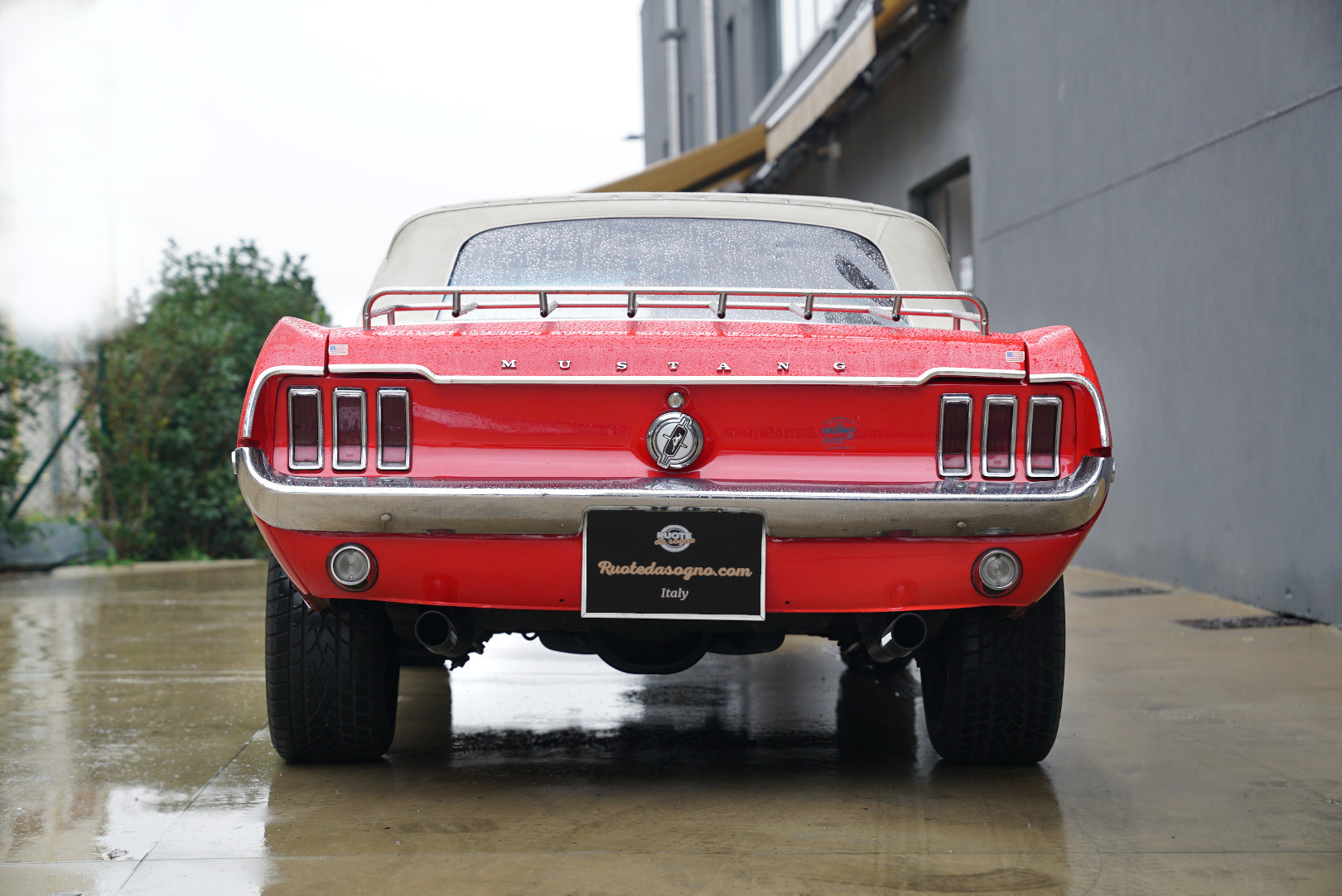 Contact us to request the assistance of our experts on “1968 Ford Mustang Convertible 76 A”.

The History
The presentation of the Mustang coincided exactly with the first wave of the generation of the so-called Baby Boomers, that is, those born immediately after the end of the Second World War, who entered the world of work for the first time, in a context of a strong economy.
The Mustang commercial launch was a great success when the car was unveiled at the New York Fair on April 17, 1964.
Two days later, April 19, it was presented simultaneously on the three American television networks of the time.
The public response was enormous and immediate, exploding in all Ford dealerships in the USA, so much so that on the first day of sale orders were collected for 22,000 units and in the first two years of production, almost 1.5 million Mustangs were sold, thus establishing the new sales record.
The cars were produced in the factories of San Josè (California).
A curiosity: today the Mustang is recognized as a model linked to sportsmanship and in general to the male universe, but initially the car advertising campaign in the United States was oriented towards a purely female target. The Mustang was certainly an overwhelming commercial success.

Our Ford Mustang Convertible 76 A
The car is today in excellent bodywork and mechanics conditions, as it has recently undergone a thorough restoration, as evidenced by the photo book accompanying the car.
The car was completely disassembled in all its parts and repainted in the current Mustang red color. The engine was also completely disassembled and restored on the bench, with the replacement of the crankshaft and timing chain, as well as the grinding of cylinders and pistons.
The internal instrumentation is the original one and after a thorough overhaul, it is now fully functional. In the cockpit, the original wooden steering wheel and the newly restored seats stand out.
The white top is new and works perfectly. The 5-spoke polished metal wheels contribute to increasing the allure of this iconic car, which every pro-American collector has wanted to drive on the roads of California at least once in their life.
Ultimately, a "pony car" par excellence, one of the most sought-after cars by drivers, an authentic Made in USA icon.

The price today remain appreciably stable on the market and present no imminent risks of depreciation. It is possible to view the car online, by booking a call with one of our commercial operators, via Skype, Zoom, Whatsapp and Google Meet platforms.