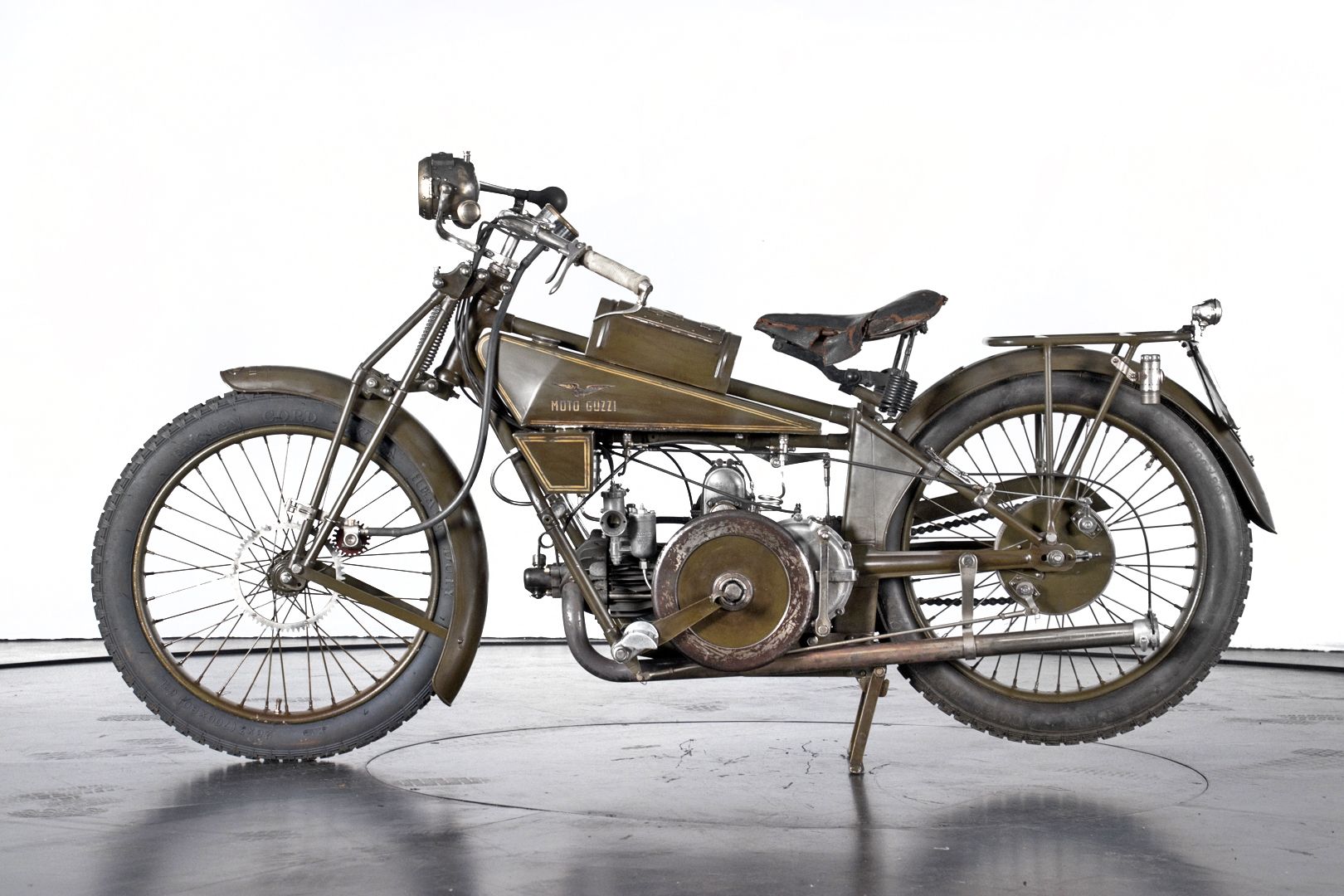 Frame no. 815
Engine no. 863
FMI Registration Gold Plate n.226543
Odometer 10.007 Kms
-
The Moto Guzzi Normale is the first motorcycle built in series by Moto Guzzi, produced from 1921 until 1924.
Production began in 1921 when 17 “sottocanna” models were assembled in the Mandello del Lario plant.
The engine is a horizontal single cylinder of 500 cm³ with a bore / stroke ratio of 88 x 82 mm, which later became a feature of almost all the models subsequently produced by Guzzi.
The frame is a single block, unlike the prototype which had a bolted rear triangle, to which reinforcement, a sheet metal box, was added.
The power output is 8 HP at 3,200 rpm, with a compression ratio of 4: 1 allows the bike to reach a speed of 80 km / h, with an average fuel consumption of 30 km / l and a liter of oil every 350 km: a remarkable result for the time.
Despite the excellent results achieved in participation in races, it had become uncompetitive, so at the end of 1923 Guzzi decided to remove it from the list and replace it with the Sport model. 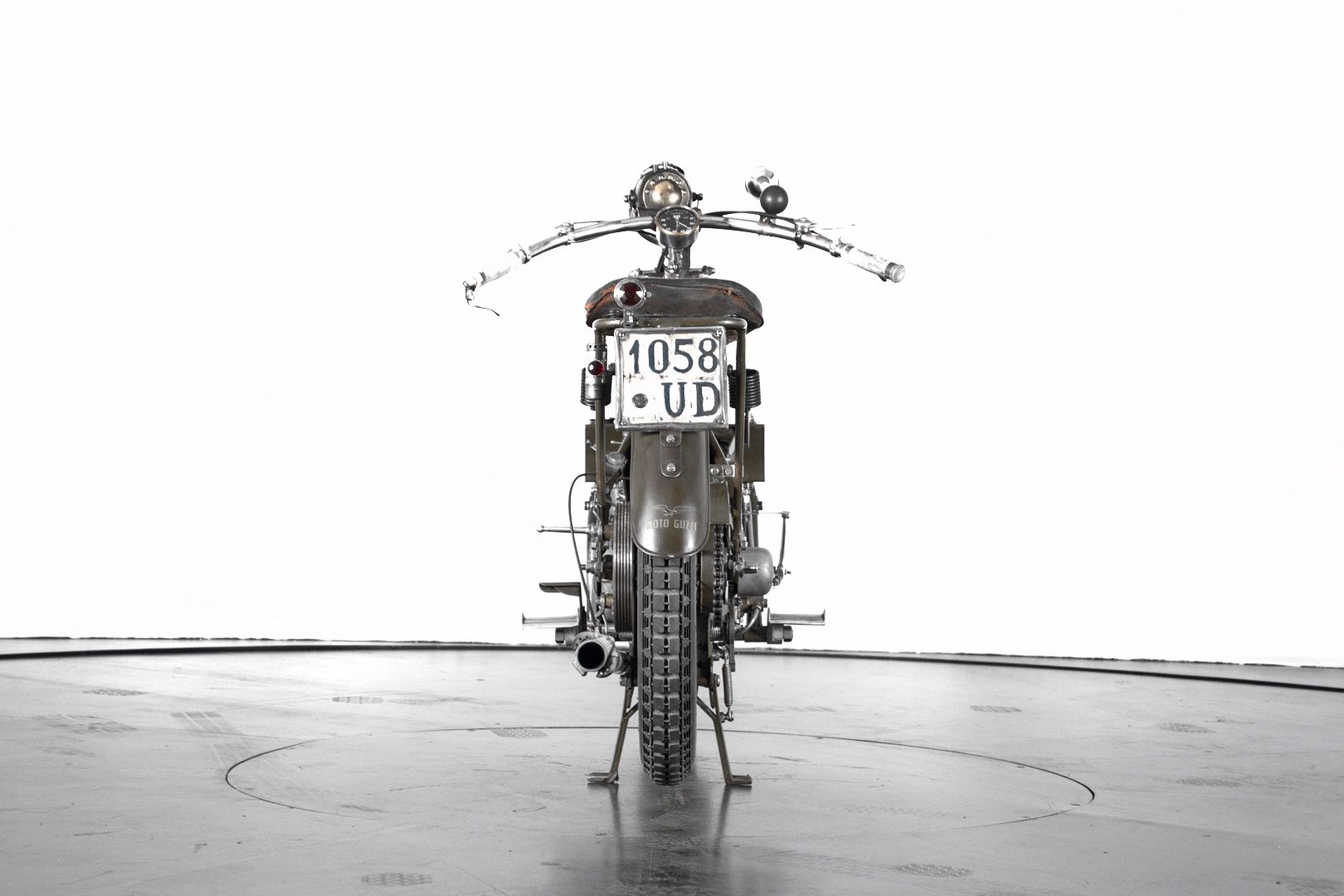 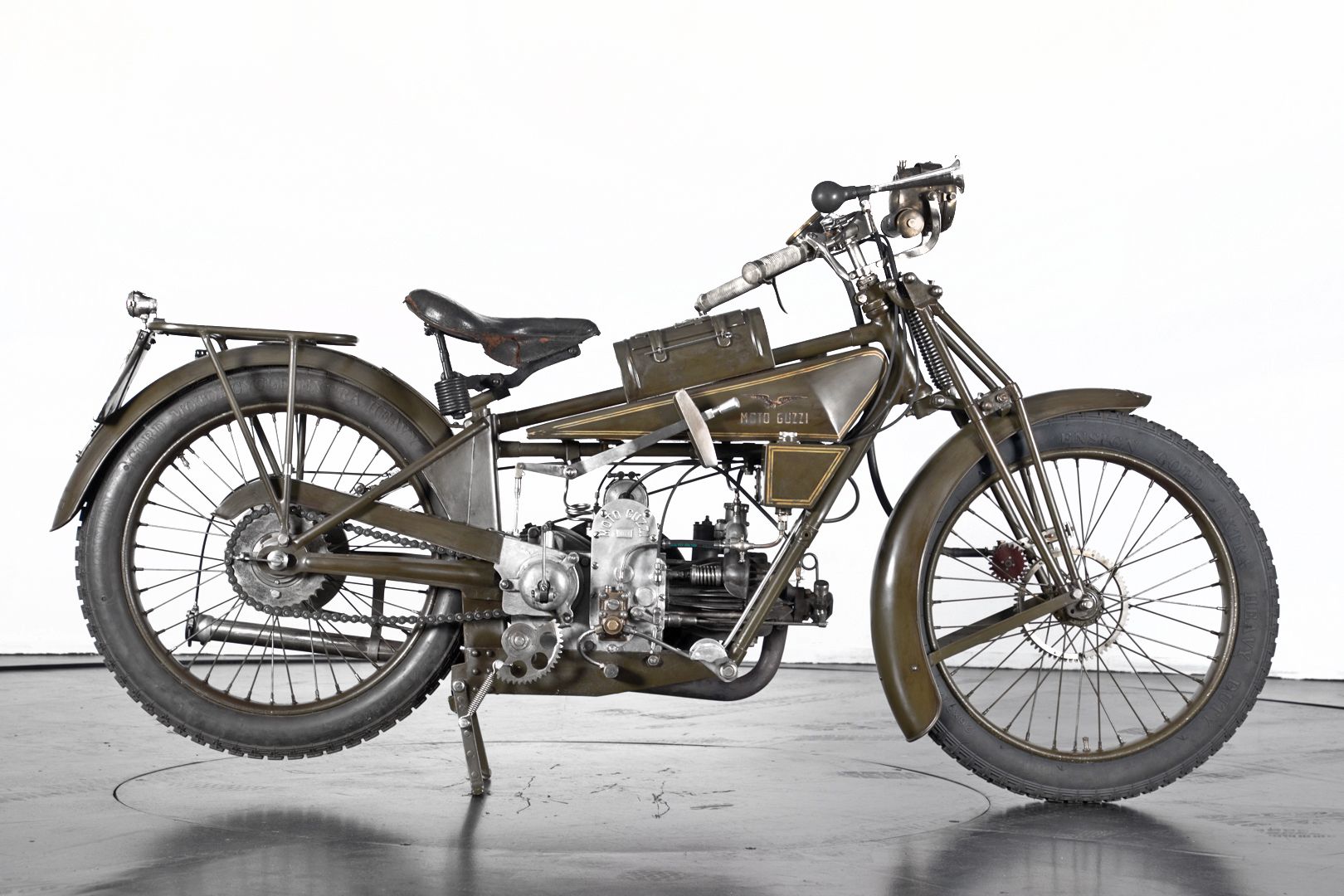 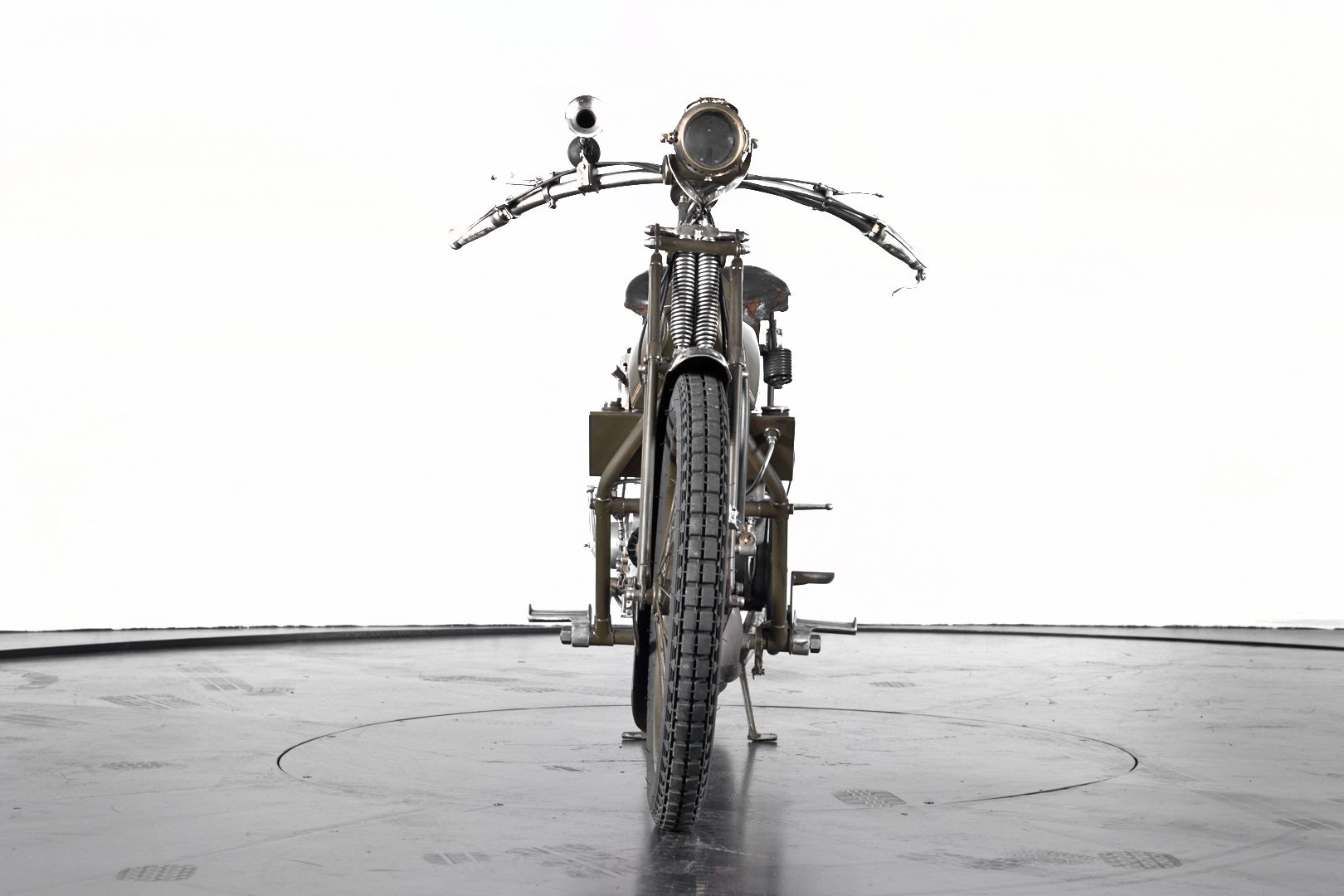 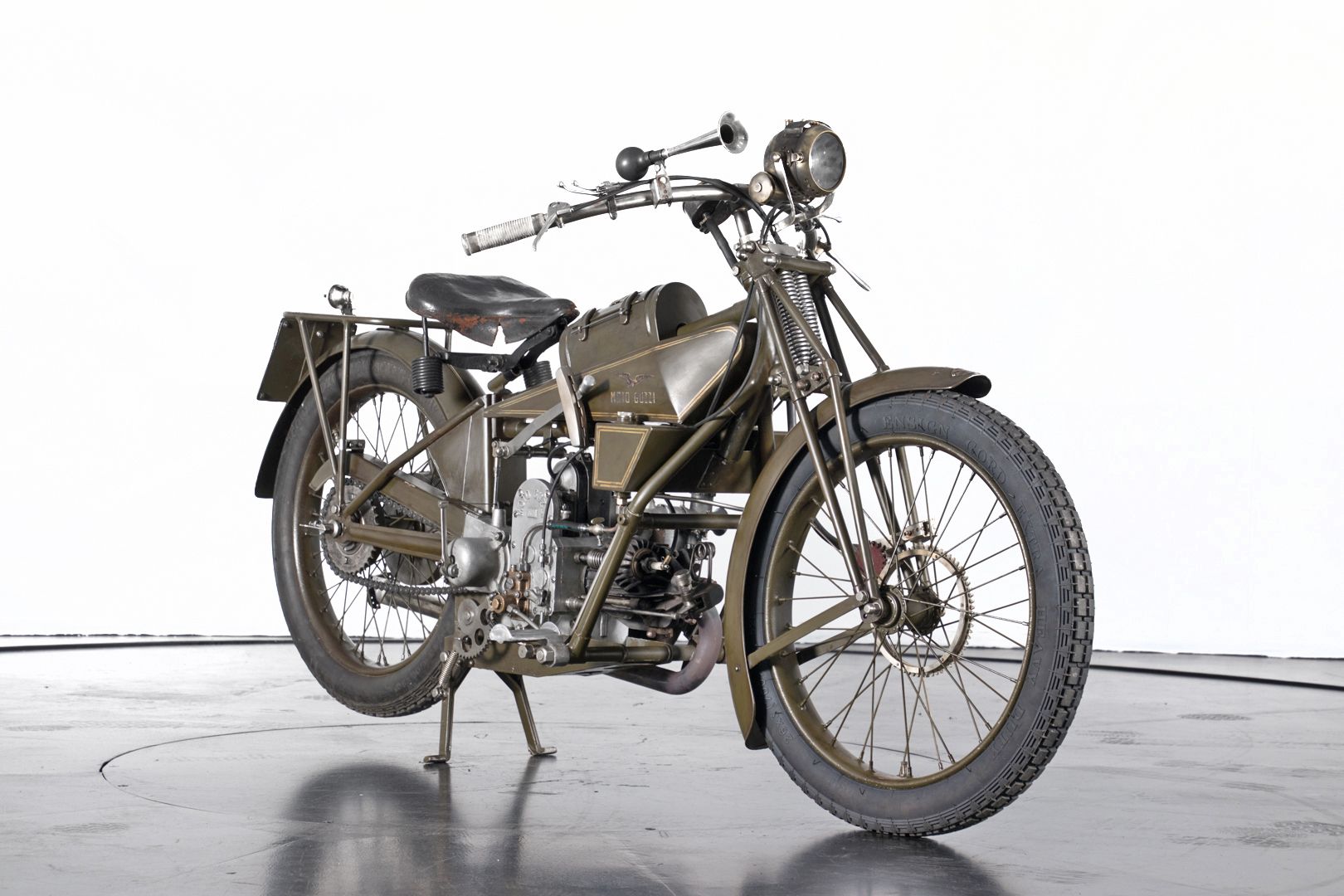 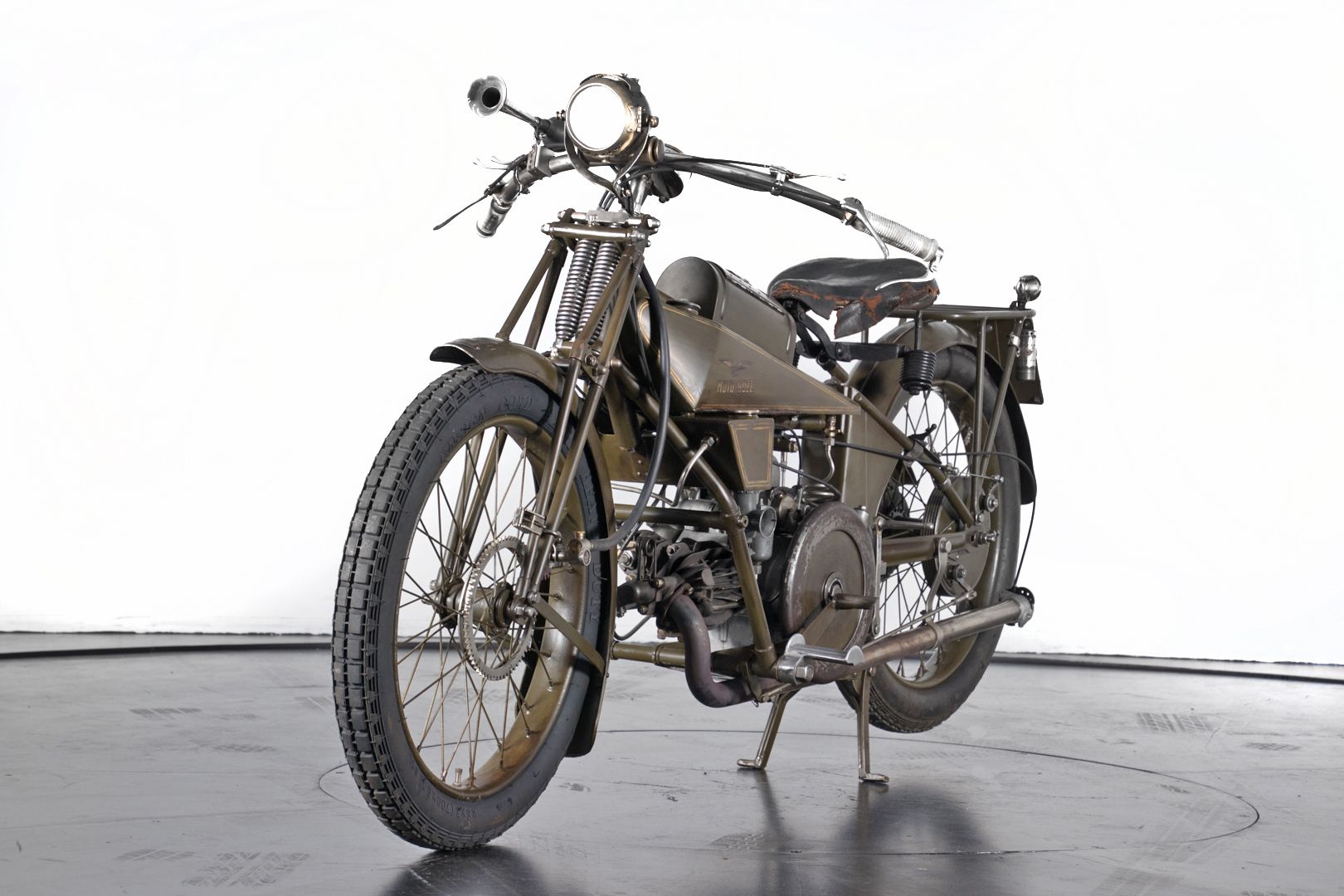 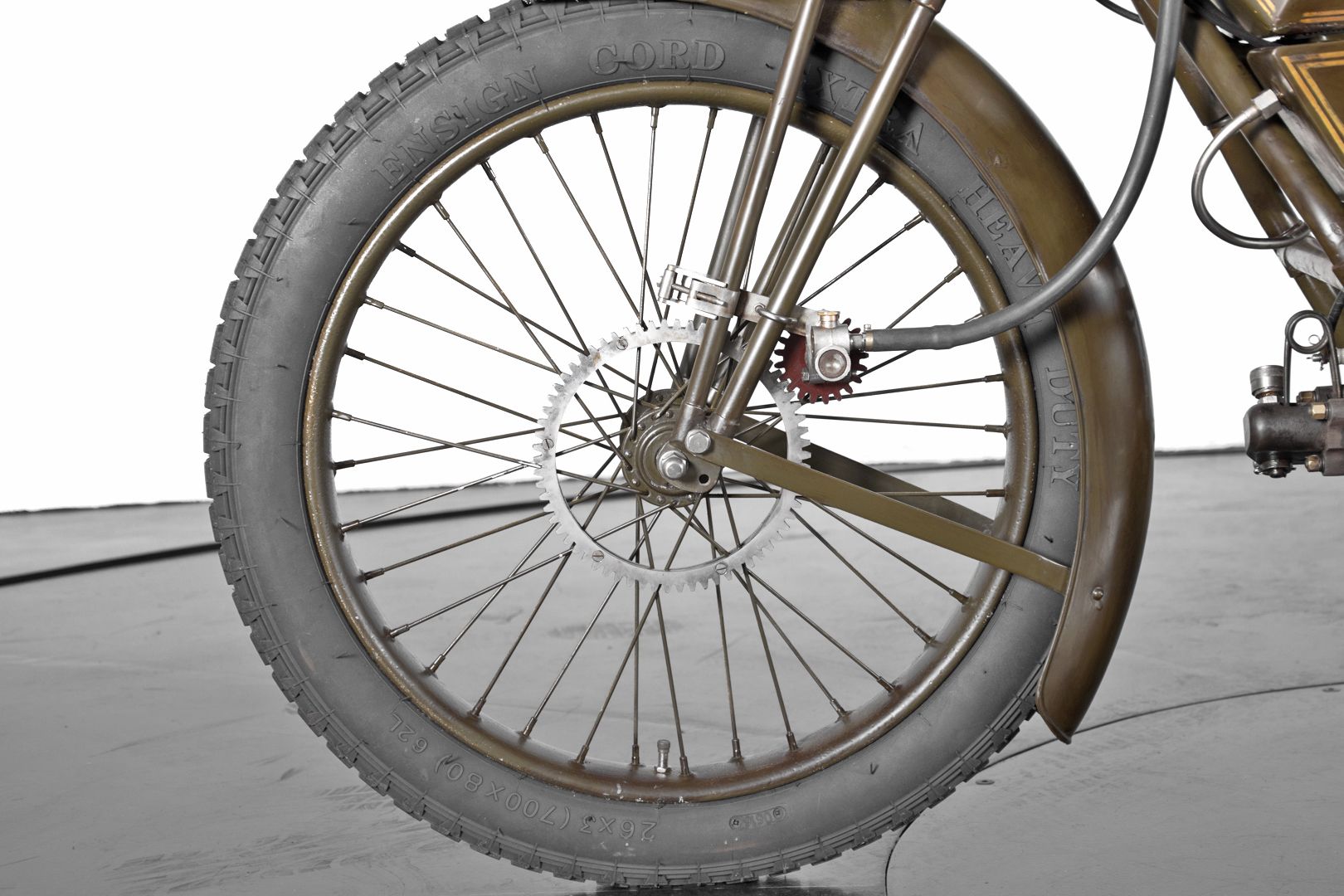 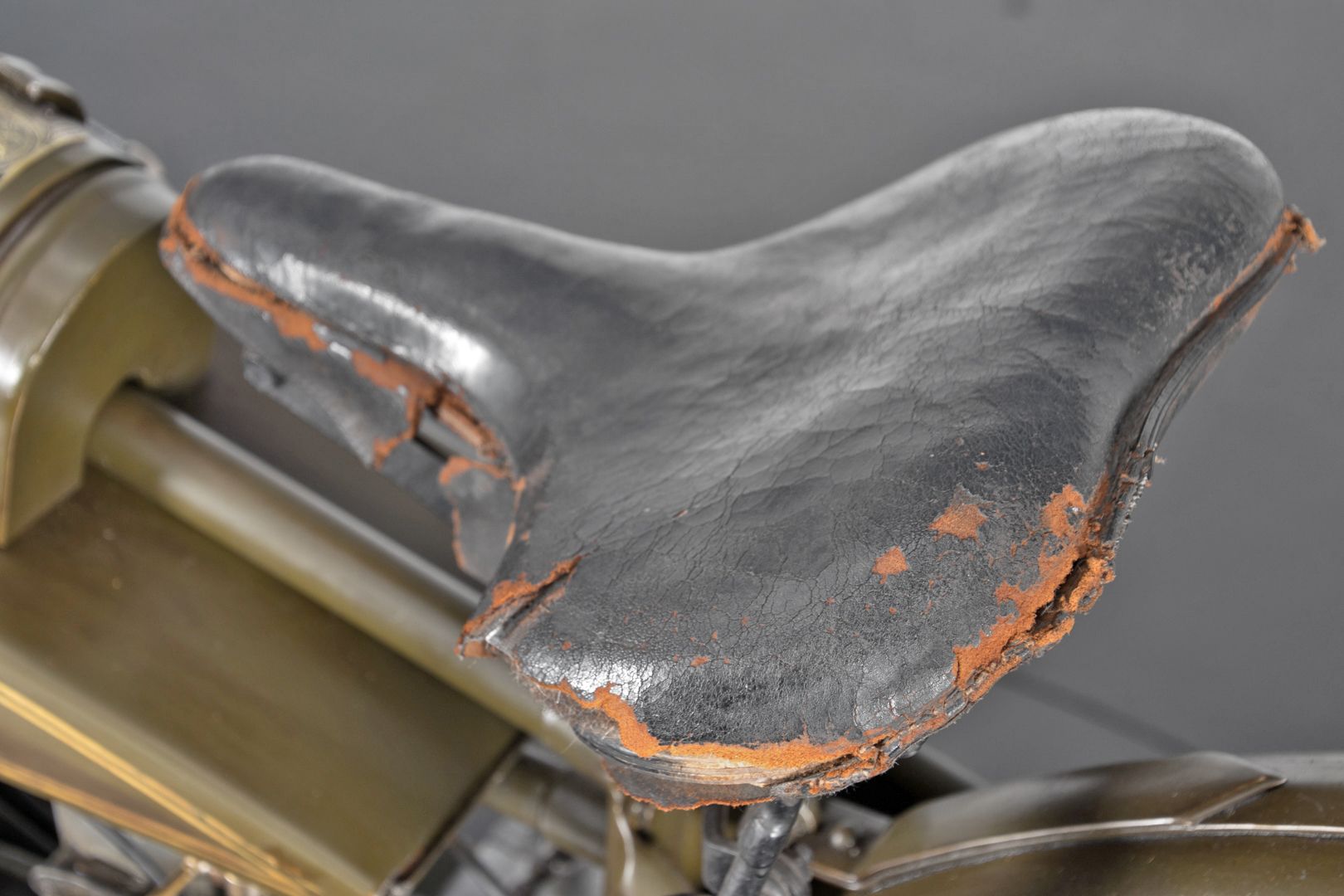 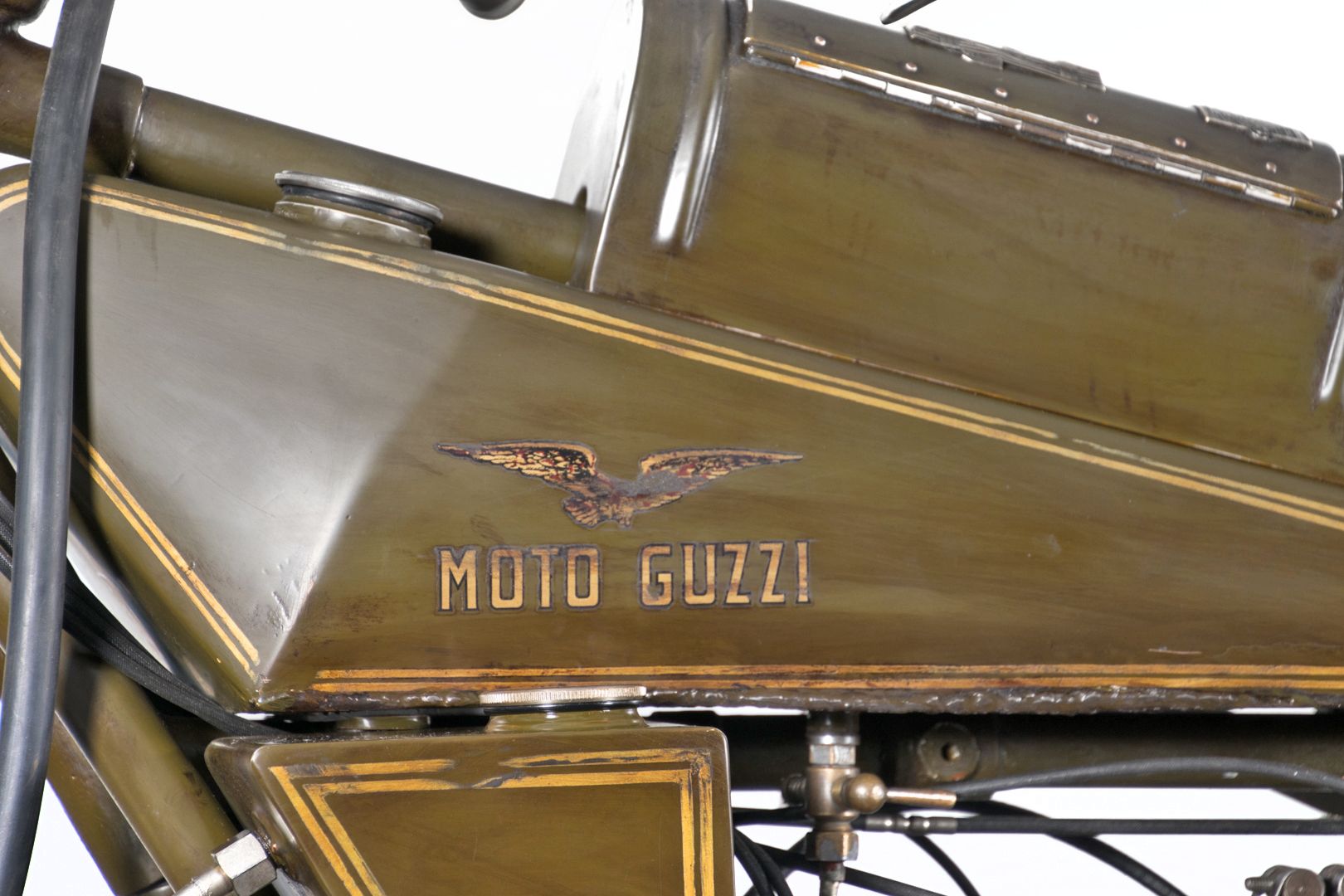 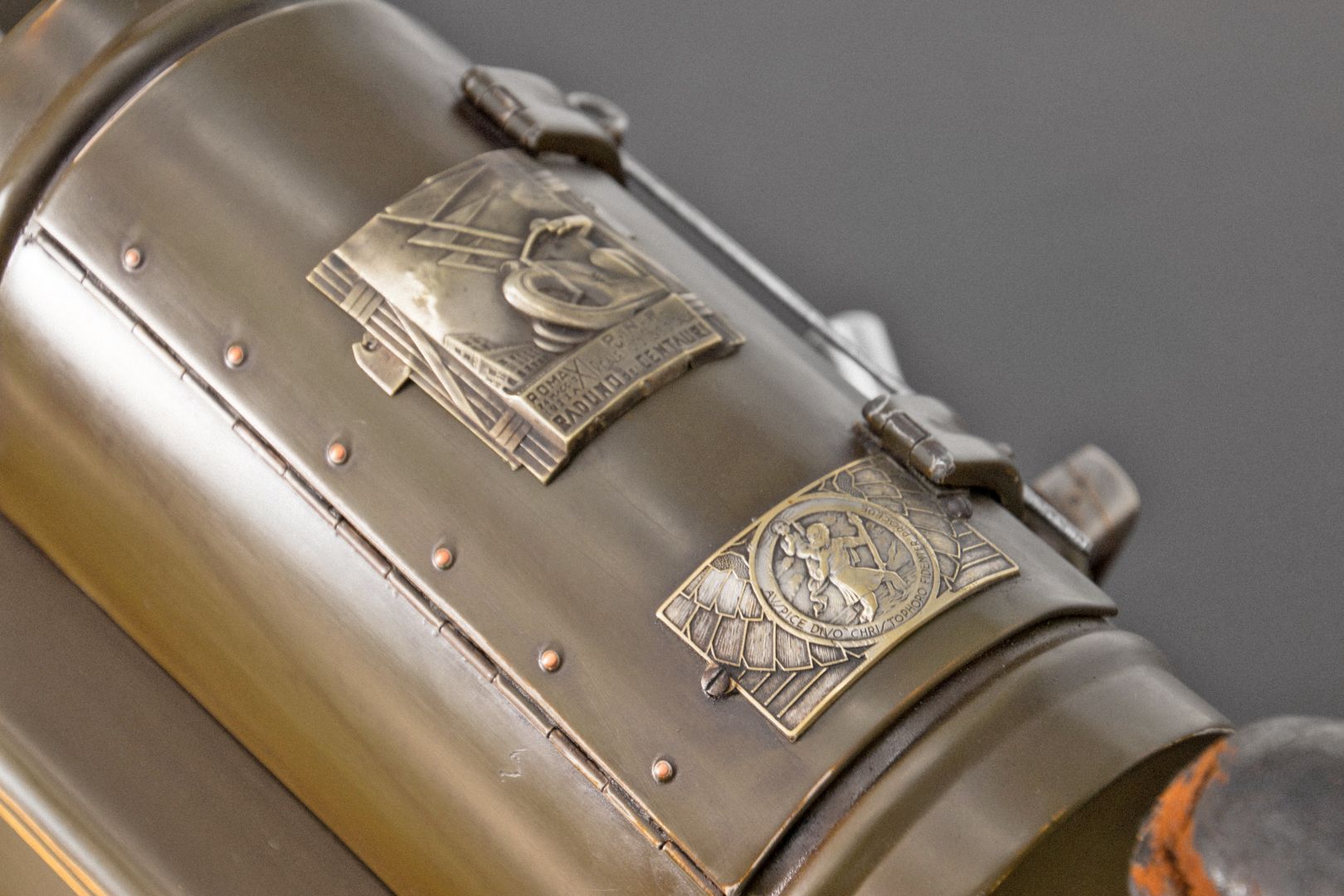 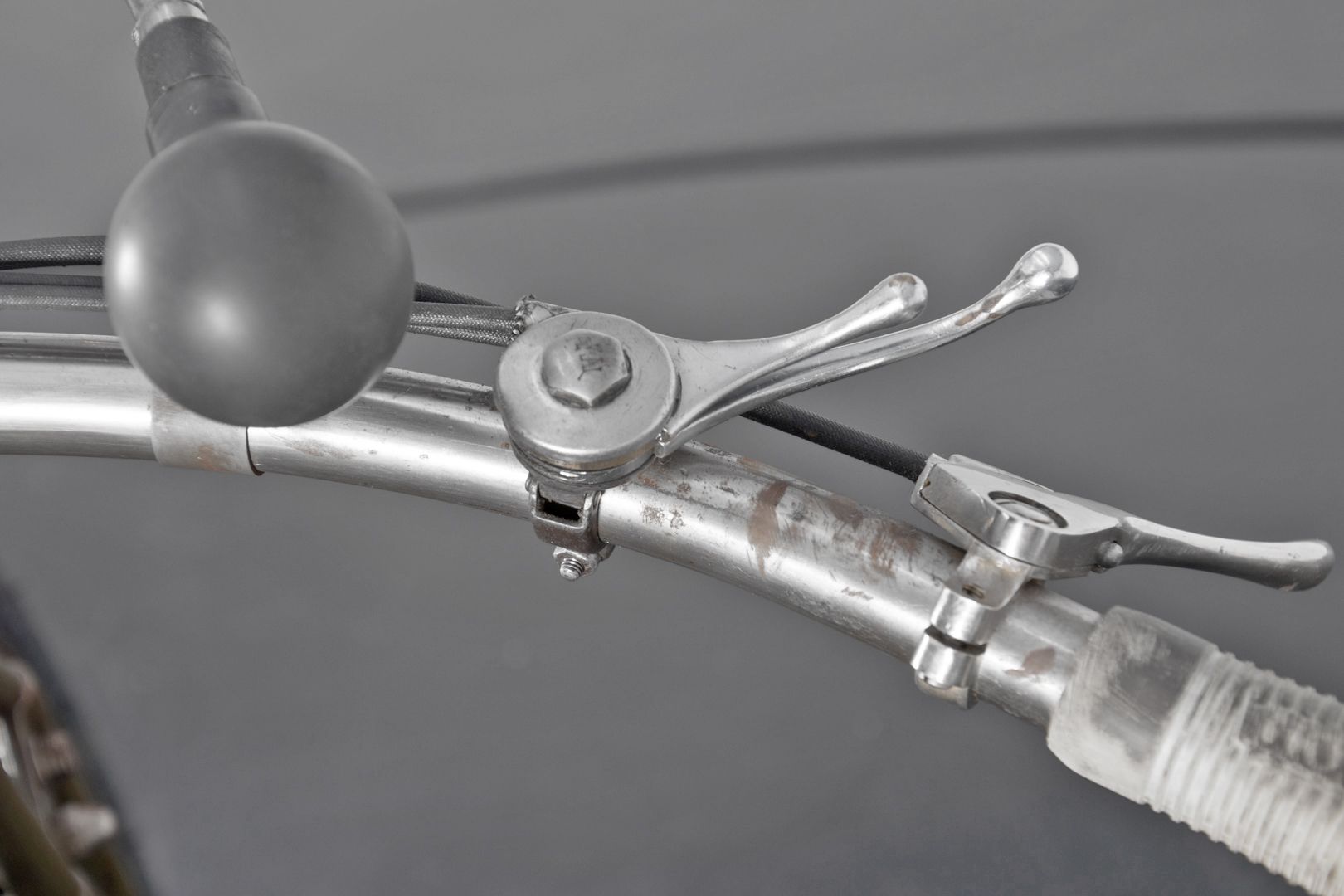 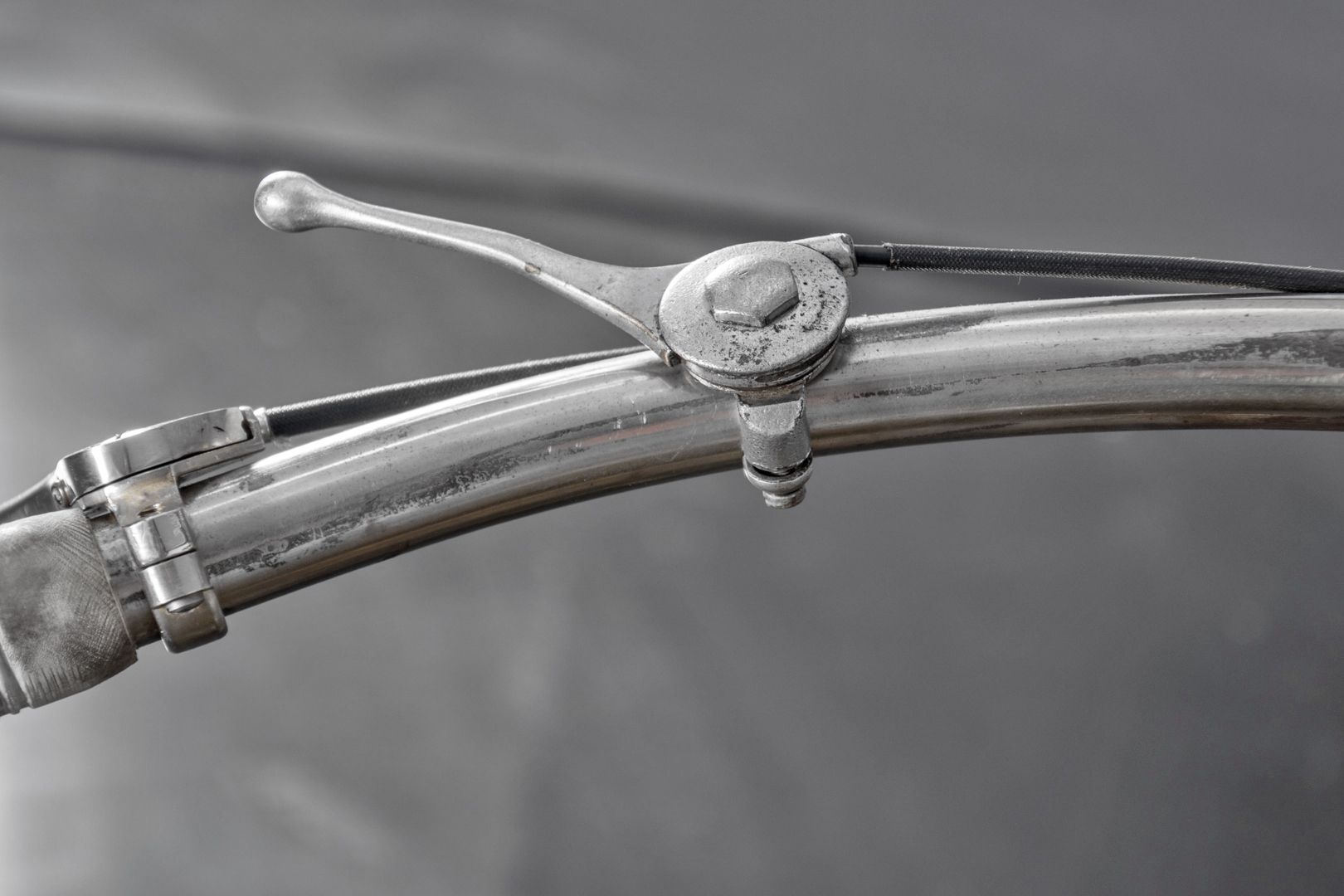 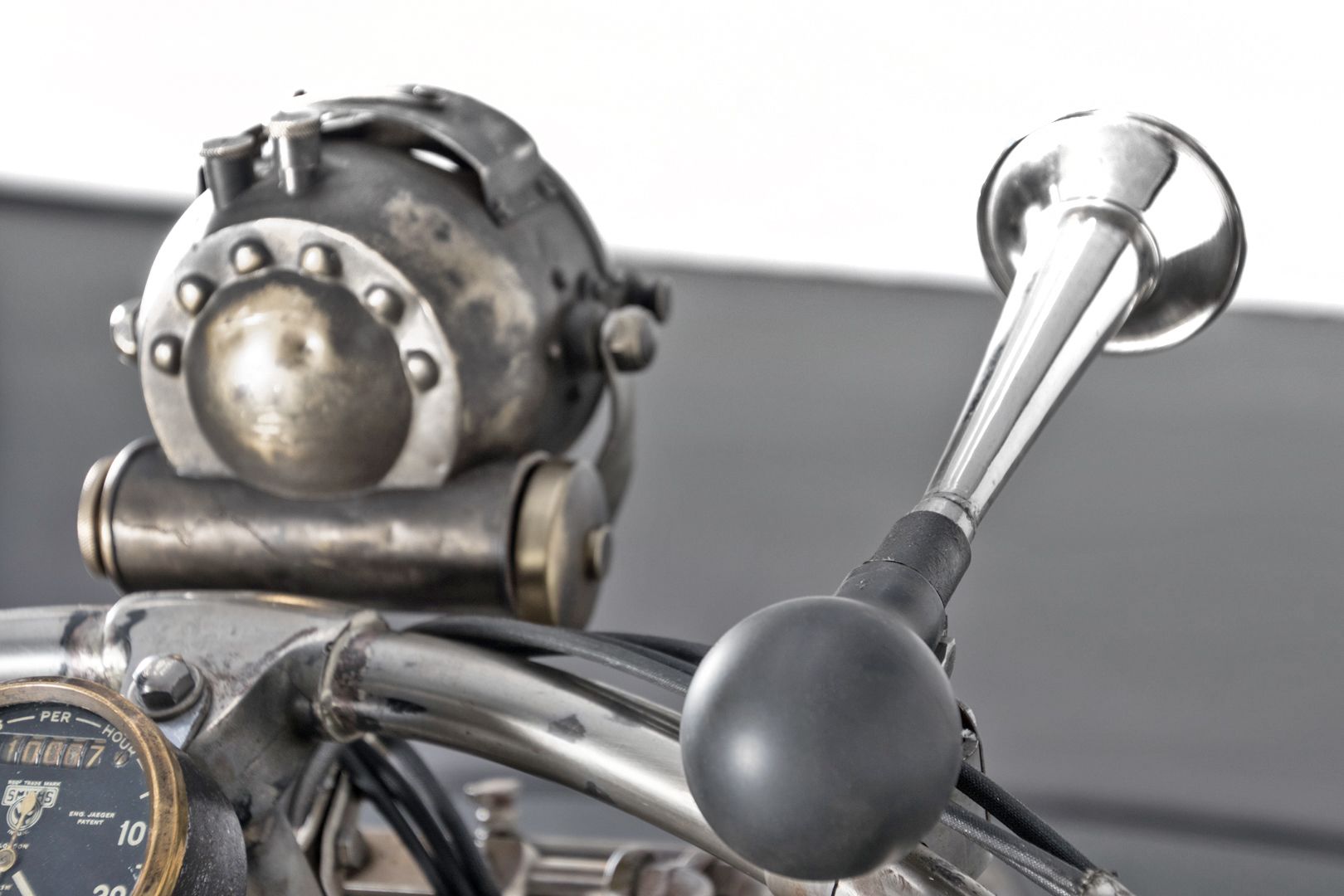 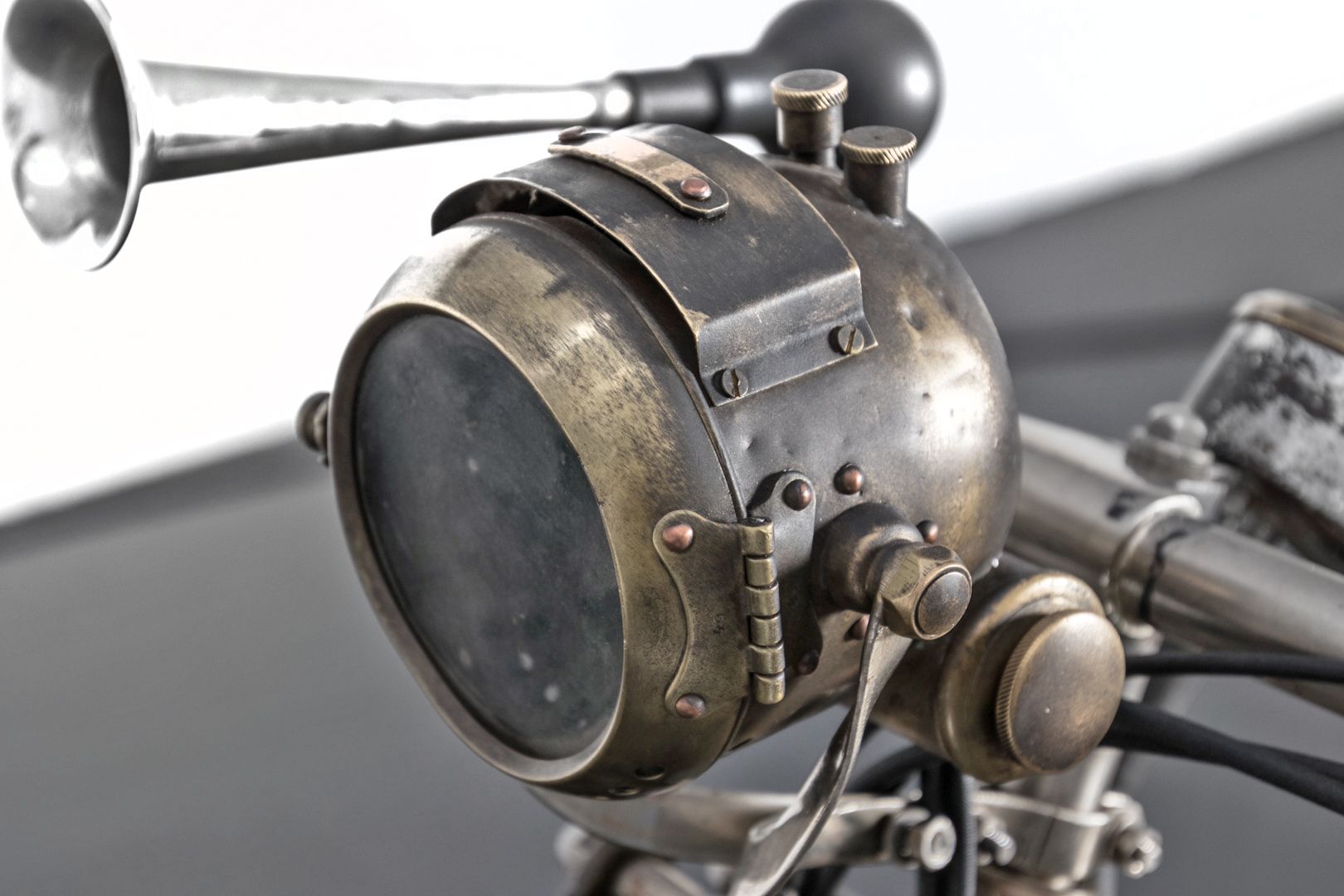 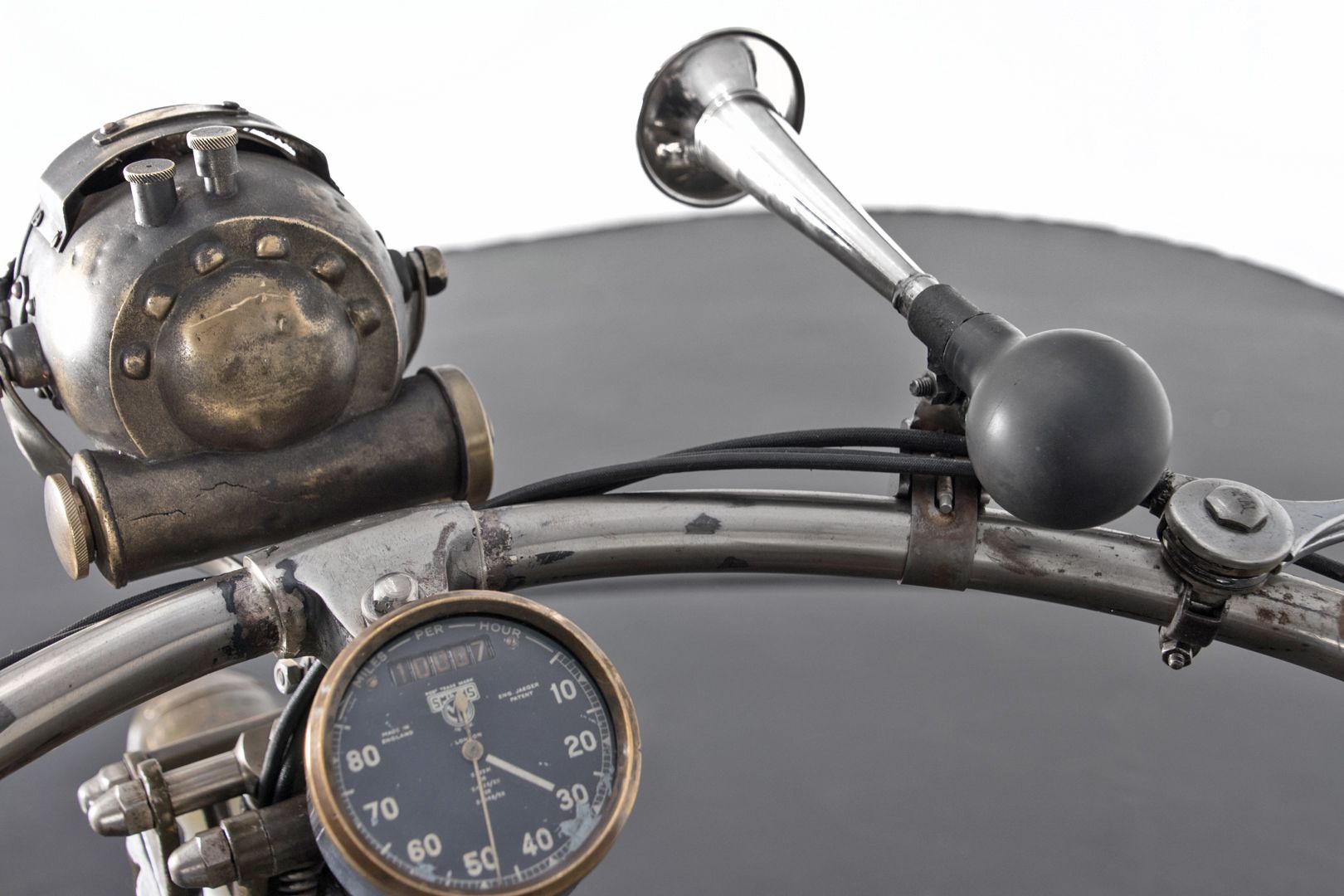 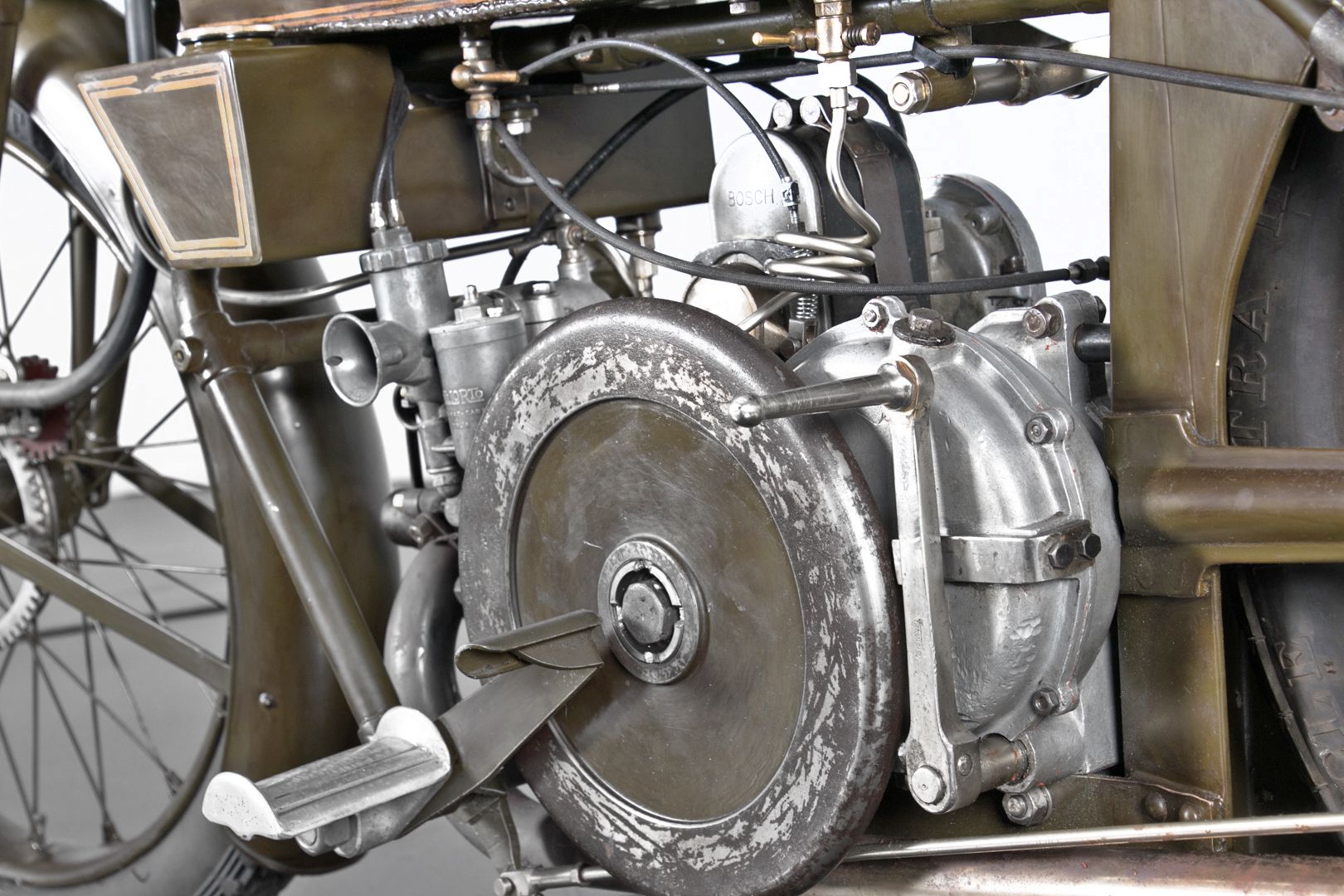 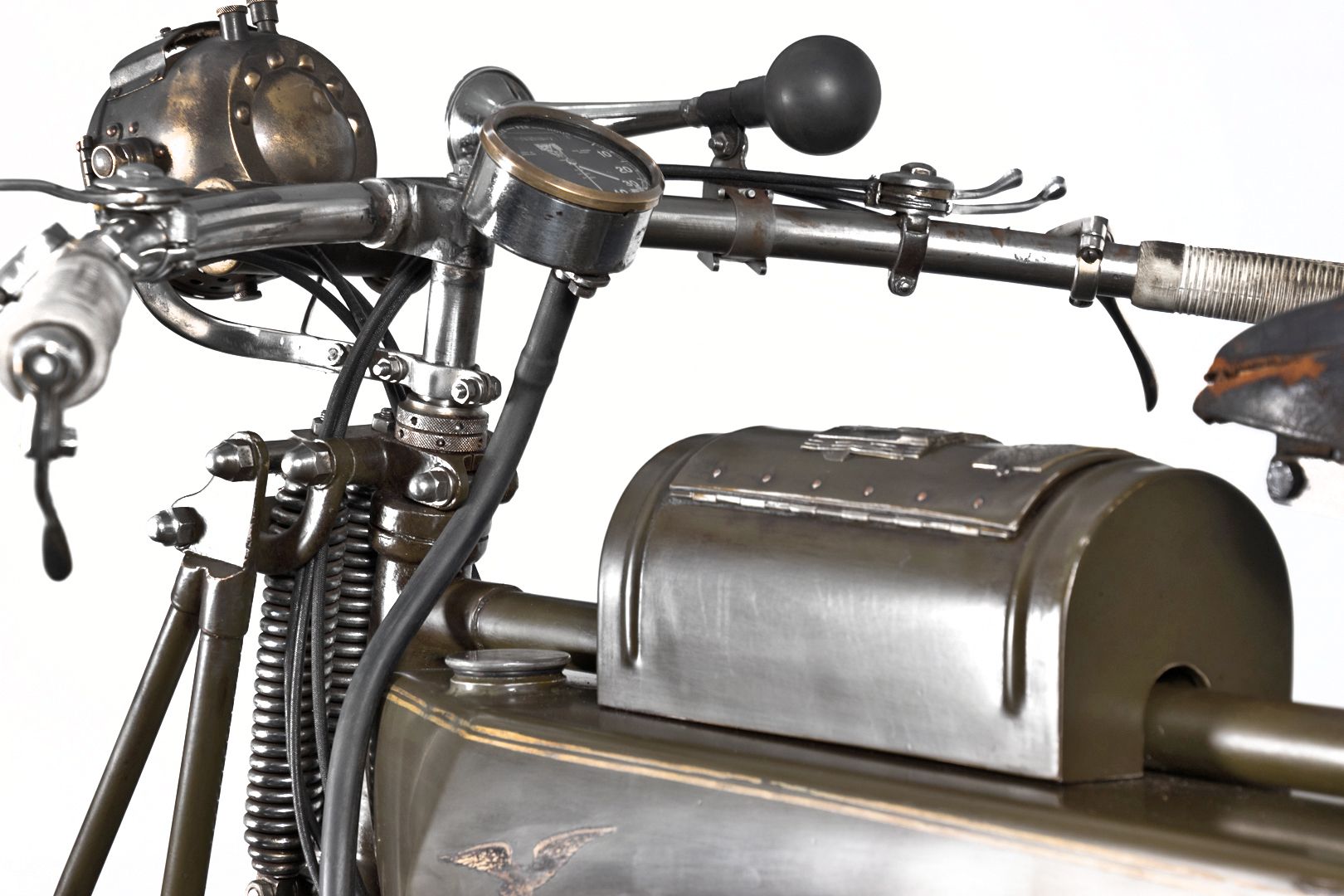 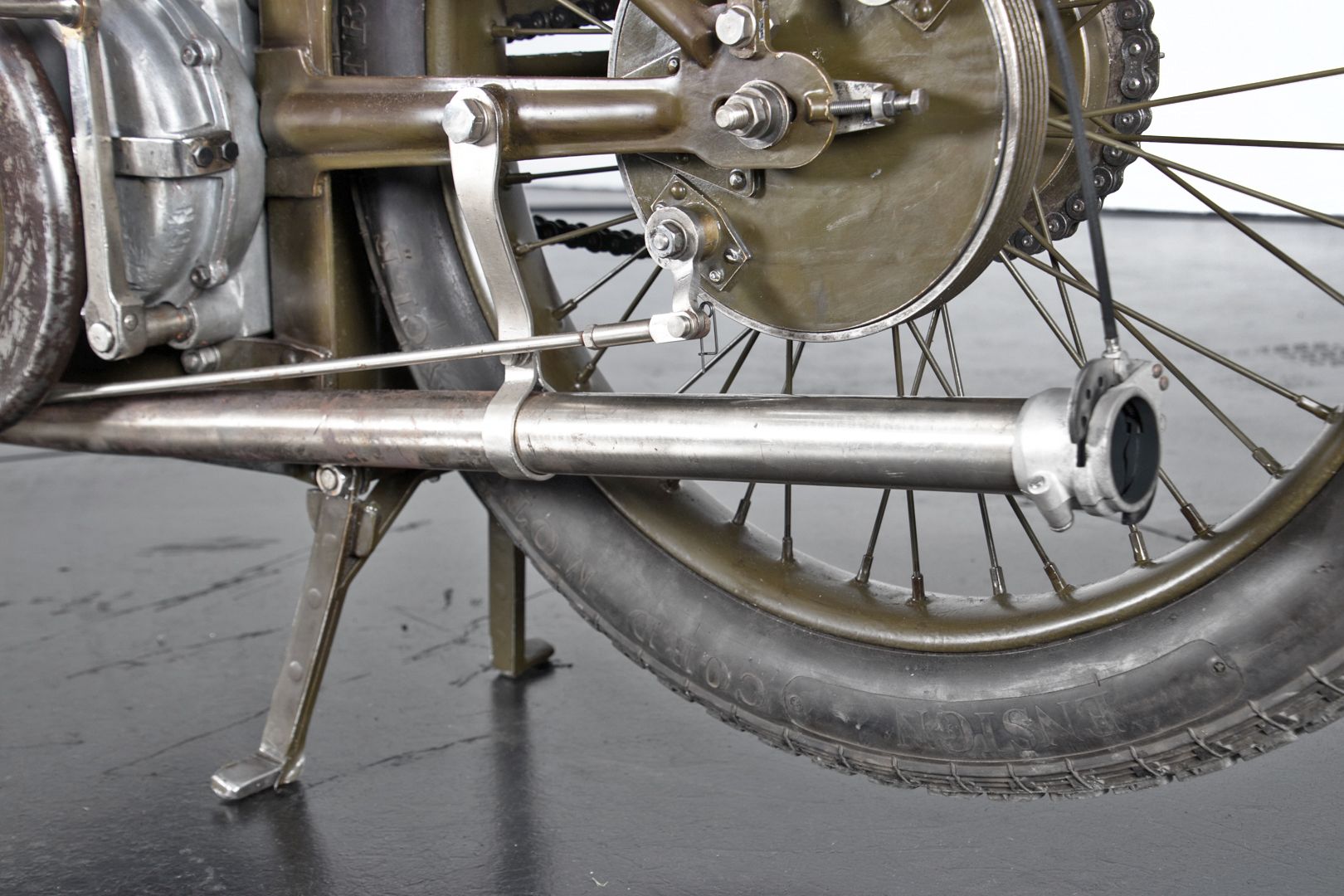 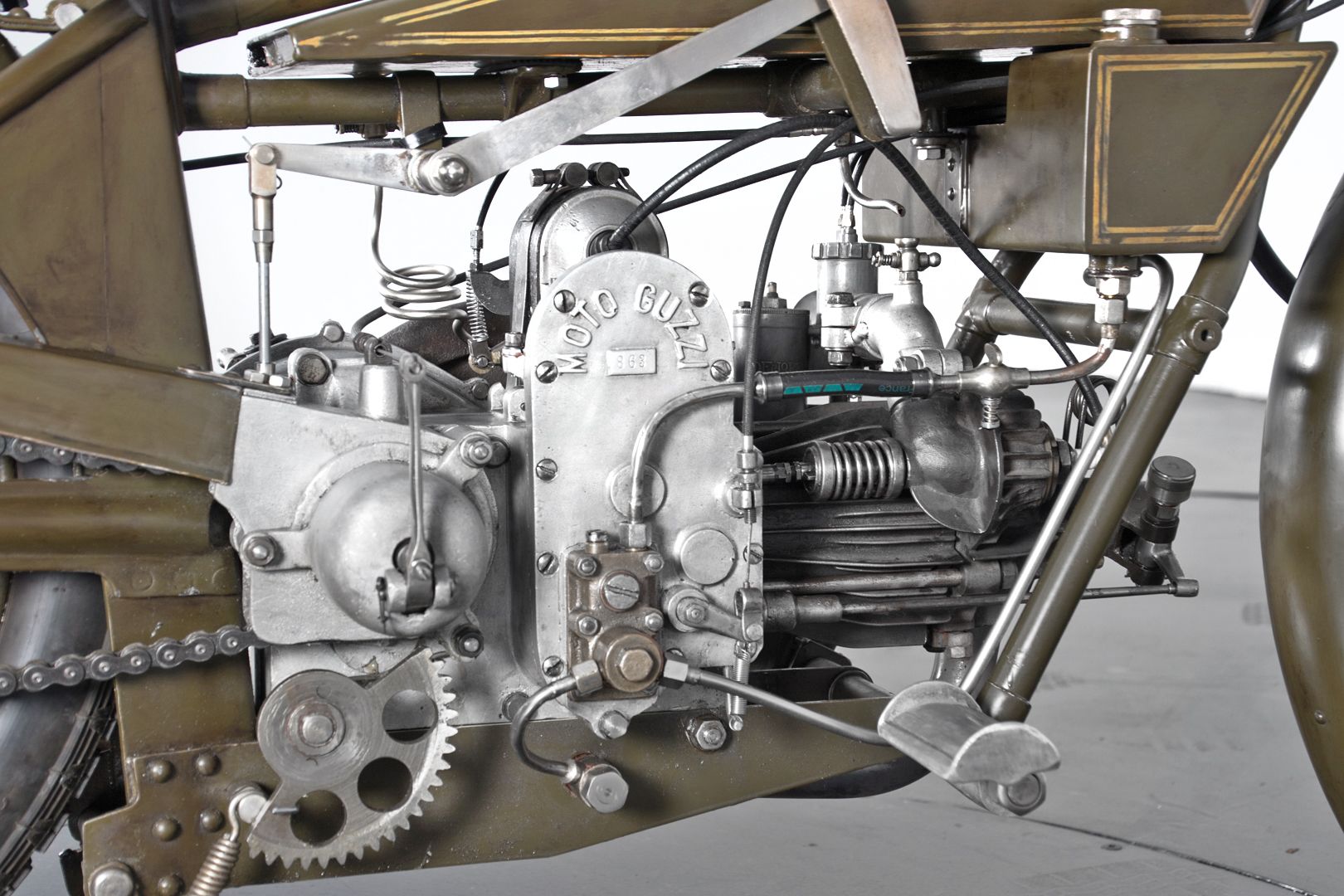 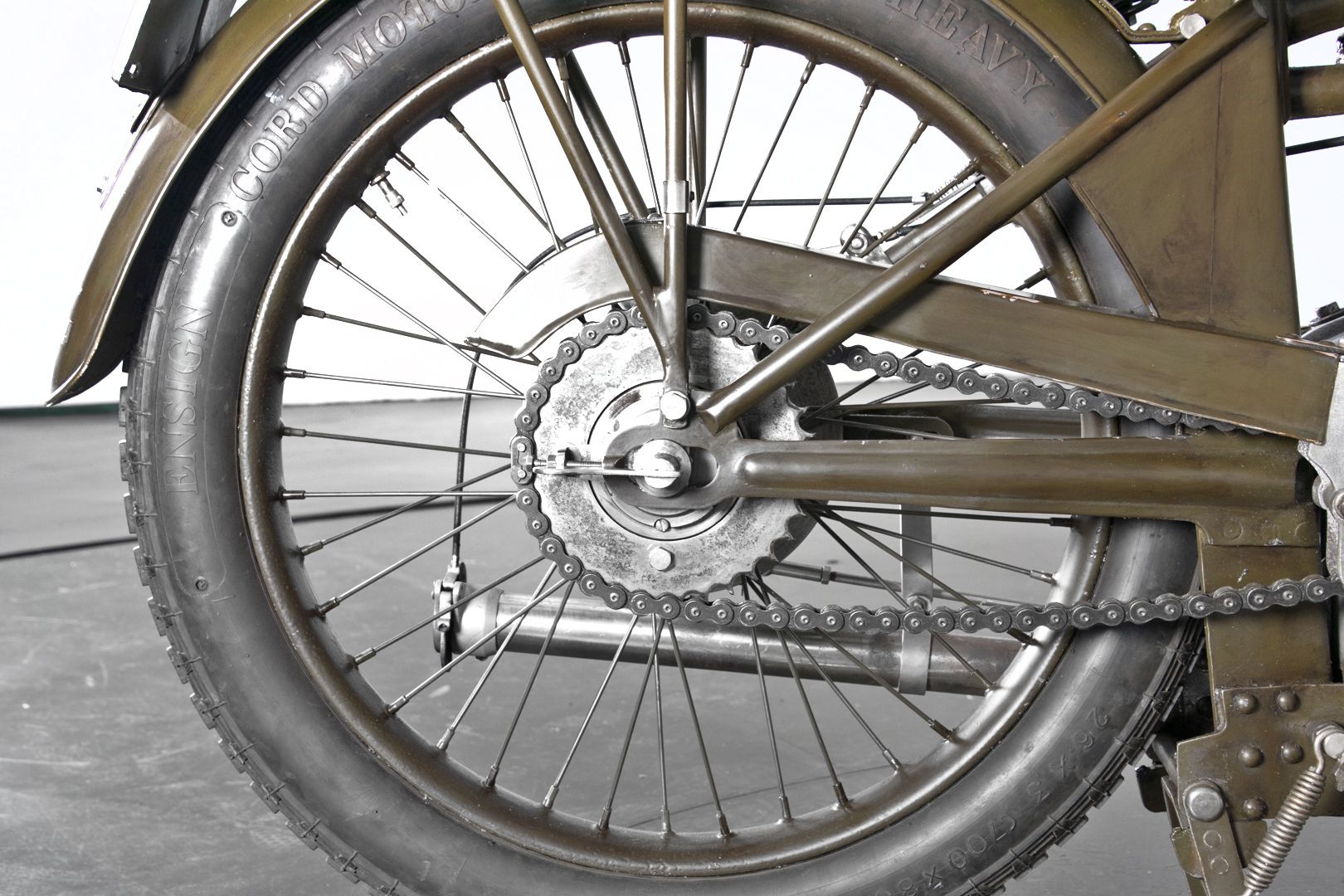 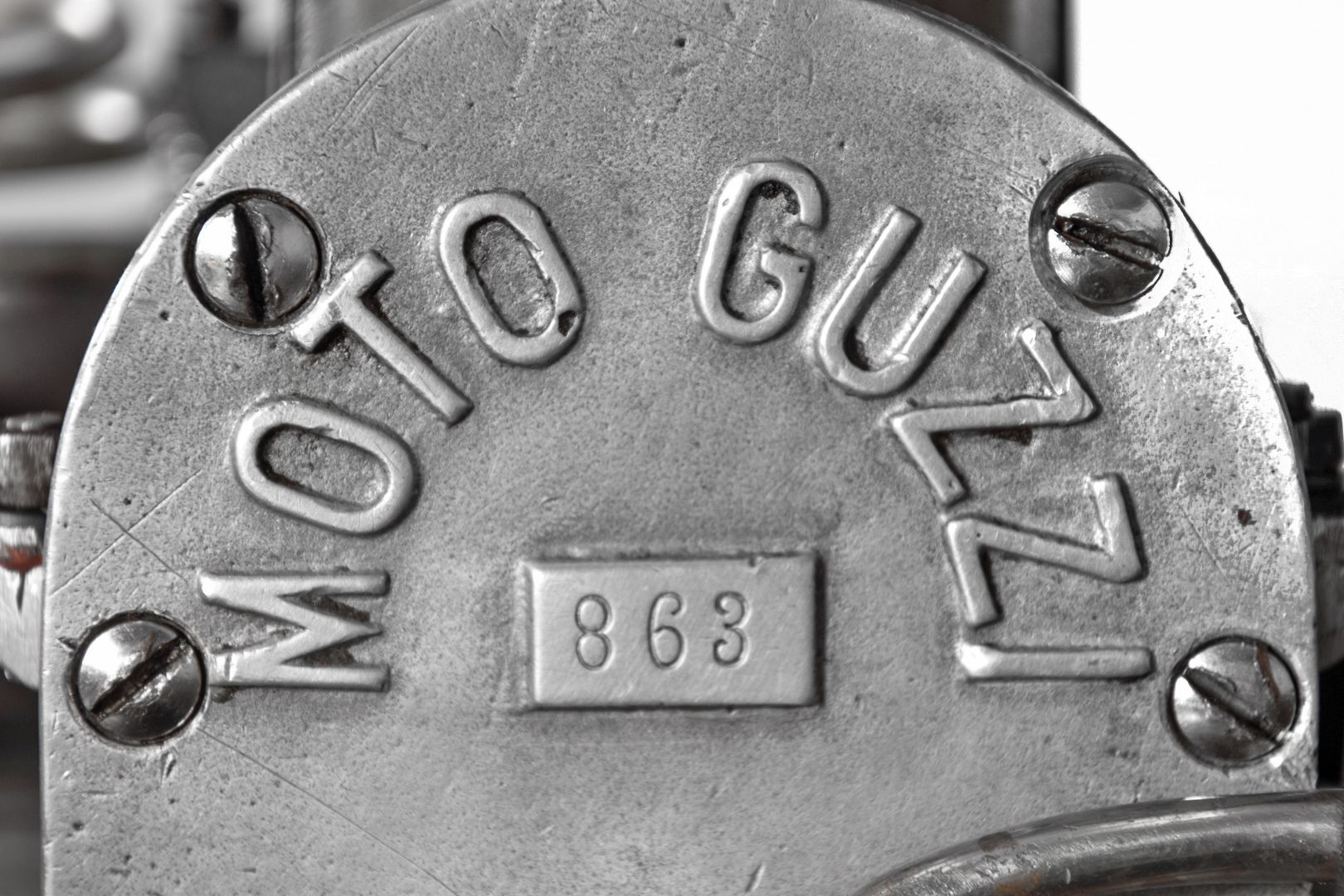 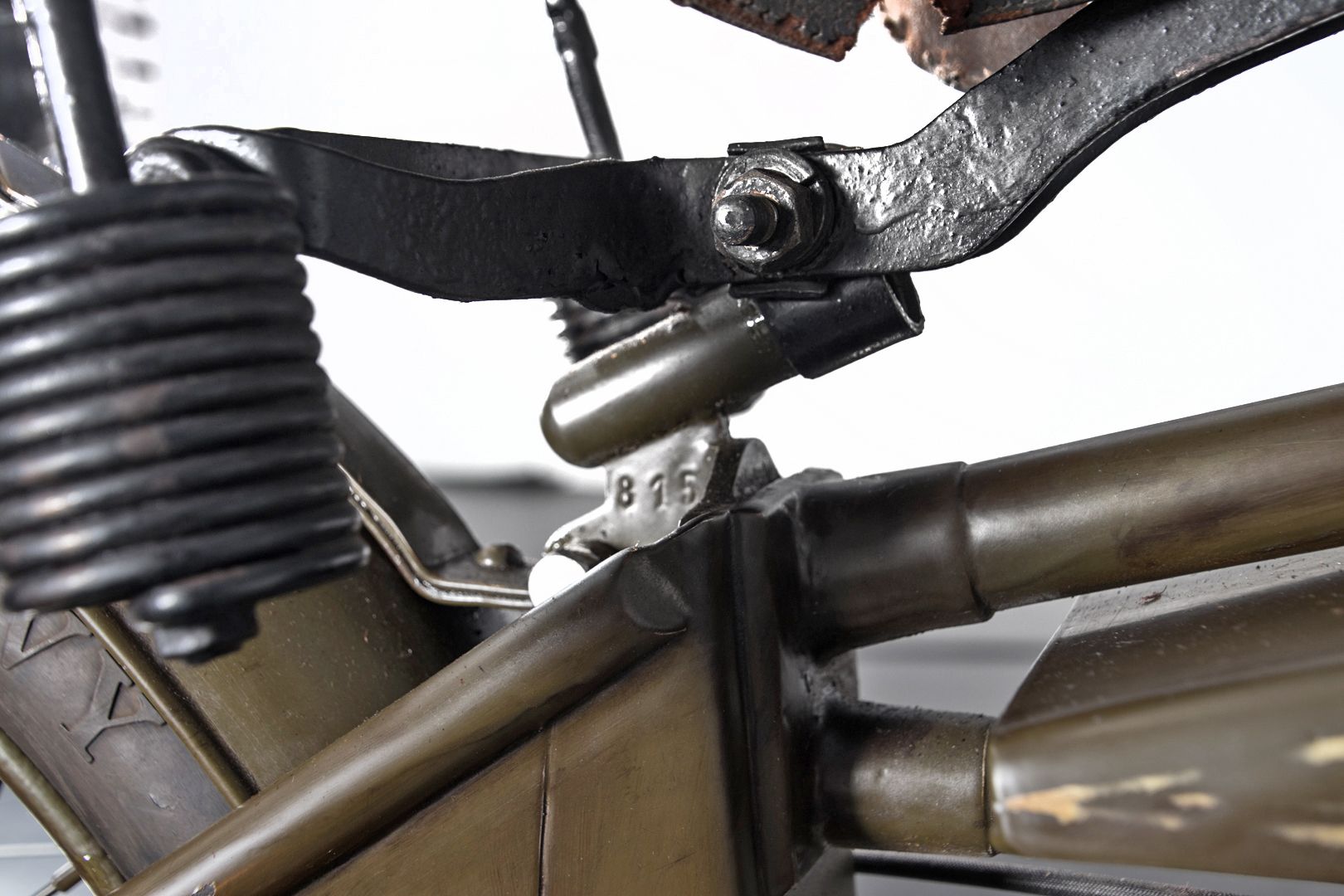 Contact us to request the assistance of our experts on “1924 Moto Guzzi 500 Normale”.